It's like we can never run out of massive sculpted pieces of stone. 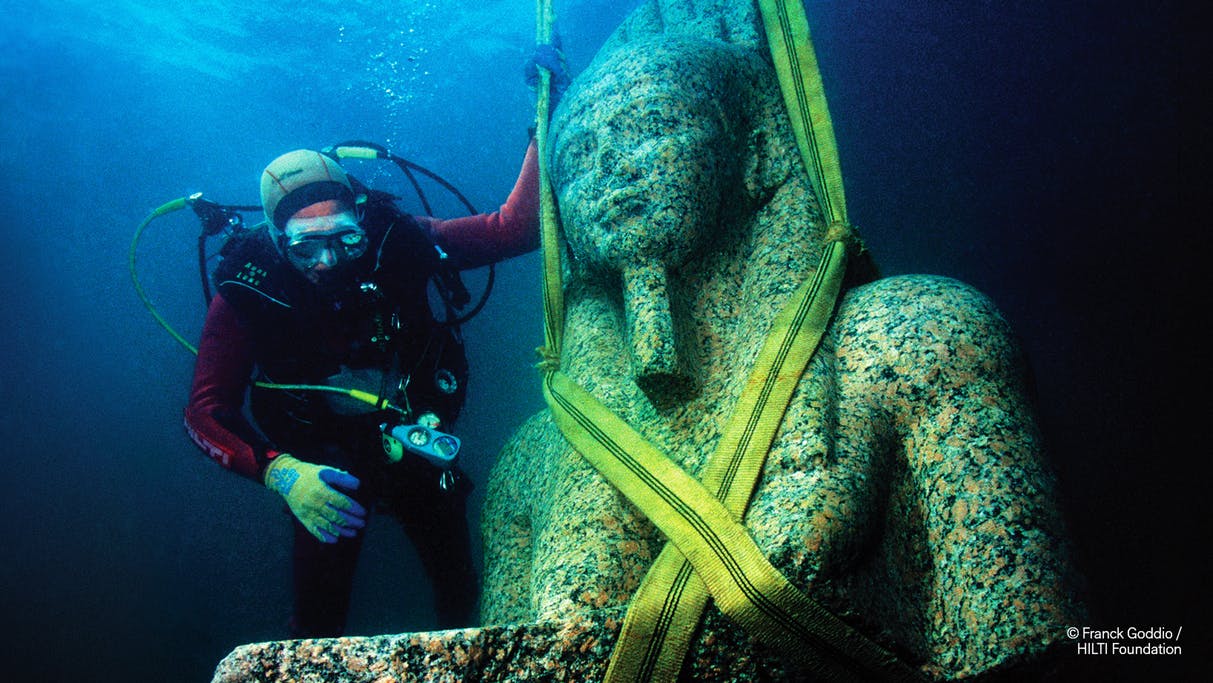 Egypt’s Sunken Cities, an exhibition that brings to the spotlight an underexplored view of ancient Egypt and its drowned monuments, is set to open in Minnesota. The Minneapolis Institute of Art is hosting three giant Egyptian statues, gold coins, and some other 200 artifacts discovered by the French underwater archaeologist, Franck Goddio for the exhibition.

The obvious stars of the show are the three 5-metre stone statues of the Egyptian god, Hapy, a Ptolemaic-era king, and a Ptolemaic-era queen. The heaviest, the king, weighs around 5.5 tons, and the other two around 4 tons each. They were all discovered by Goddio in 2000 under 3 meters of silt and sand off the coast of Alexandria.

The museum has said it needed to make special arrangements to accommodate for the three Egyptian colossi, including reinforced platforms and cranes to help move in the statues.

The display is managed as an art exhibition by the museum’s designer, Michael Lapthorn, who will set the statues on axes, similar to their hypothesized placements back when they were sculpted and complete the display with footage of their excavation.

The display opens on Nov. 4th and is meant as a reminder that there’s more to Egypt than meets the eye, above ground at least.