Uncertainty abounds as many await a resolution for the deadlock between AUC administration and students. 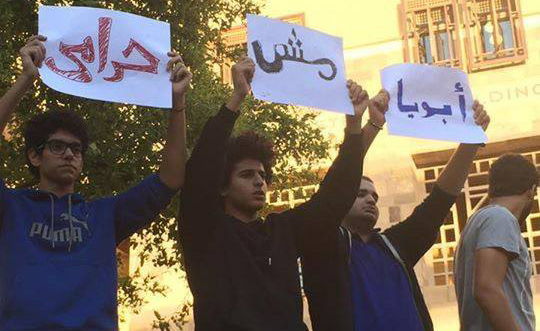 The crisis at the American University in Cairo (AUC) has entered its second day. According to AUC Student Union Political Representation Chair Mohamed Gadalla, the deadlock remains as no resolution has been reached.

However, Gadalla is hopeful. “Yesterday there was a meeting with the president [of the university] attended by over 1,000 students, during which he explained the reasons behind the tuition fee hikes and basically just offered facts about the economics behind it,” he recounts. “Another meeting has been scheduled for tomorrow, however, where the administration is expected to offer us solutions […] We think something good will come out of this, because they could see how frustrated a lot of people were and that a lot of people won’t be able to remain in school unless they take corrective action.”

For now, protests have been halted; “people are waiting to see what is going to happen tomorrow,” Gaddalla says. However, according to one student, the Student Union is calling on students not to attend classes on Wednesday and Thursday, as Tuesday is off.

The situation reached a breaking point yesterday when students marched towards the administration building following their conference with AUC president Francis J. Ricciardone Jr., chanting: “Abouya msh 7arami, enta elly harami” (My dad is not a thief, you’re the thief), and “Ta3ala khod feloussak, el gam3a di hatdoussak” (Come take your money, this university will stomp you). Their chants came in reference to the prevalent stereotype that AUC students all come from wealthy families that amassed their fortunes through unethical business practices.

During a television appearance with Lamis El Hadidi today, Ricciardone said that 60 percent of the AUC’s student body benefits from scholarships, according to independent AUC student newspaper The Insider. 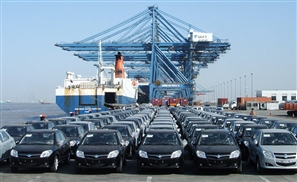 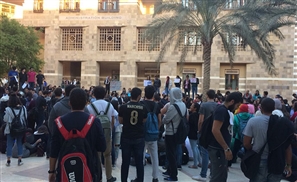