Those folks didn't joke around with anything; not even when it came to painting their roofs.

It seems like the wonders of ancient Egyptians will never cease to amaze the World; according to a paper published by the Journal of Applied Physics, the ancient Egyptian pigment which is called “Egyptian Blue” could have great properties that were previously unknown.

The authors of the study claim that as Egyptian Blue has been found to be 10 times more fluorescent than previously thought, it can be used to boost energy efficiency in buildings by cooling rooftops, and can allow the solar generation of electricity via windows.

Egyptian blue, made from calcium copper silicate, is considered to be the first synthetic pigment ever. It was often used on ancient depictions of gods and royalty in ancient Egypt. These latest findings further our understanding of colors, and which to use to cool rooftops and facades on sunny days. The most traditional color for buildings is white, naturally, as it keeps a building cool by reflecting light, but not everyone wants a white roof. The researchers found that they could put the Egyptian blue over a yellow pigment to produce green, or an orange pigment to produce black, which can be considered more usual roof colors. 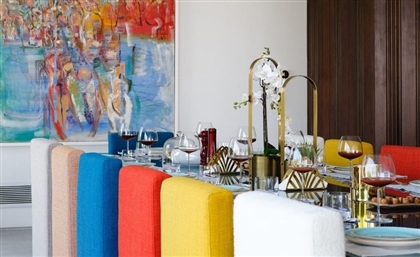