The rare species was spotted near Giftun island, right off the coast of Hurghada. 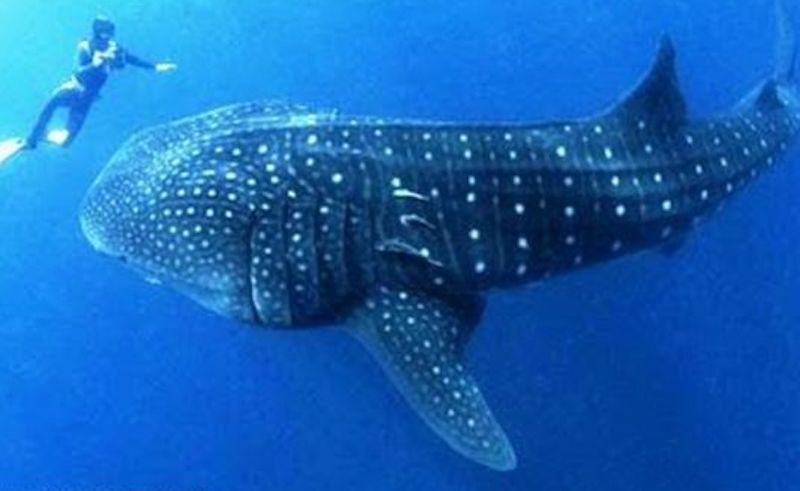 A whale shark - which is one of the largest fish species - was spotted on Sunday, off the coast of Hurghada by a number of divers and tourists, Egypt Independent reports.

Bassant Al-Bastawy, an engineer who was on the boat ride that spotted the whale, clarifies that they’d run into the plankton-eating species near Giftun; an Island off the Coast of Hurghada. The divers, sailors and tourists took photos and went for a swim with the marine animal.

The Red Sea Protected Areas management has released a statement following the animal's appearance in the Red Sea, clarifying to local fishermen the instructions on how to deal with the whale shark; now dubbed “Bahloul” due to the white dots on its skin.

This was not the first spotting of a whale shark however, as in March 2017 divers reported running into one on the coast of Marsa Alam. Red Sea Reserves manager, Ahmed Ghallab, clarifies that the rare species has also been seen a number of times across the Red Sea, by Porto Ghalleb, Al-Fanous area and the two islands of Giftun. The Red Sea Reserves management issued guidelines at the time, cautioning against touching, riding or hunting the whale shark and instructing people to stay three to four meters away. The Reserves management also warned against camera flashes which may aggravate the marine animal.

Ghallab speculates that the whale shark most likely came to the Red Sea from the Indian Ocean through Bal El-Mandab.

The recent appearance of the marine animal - which is a rare occurrence - has been considered a success by marine biologists in terms of the protection efforts done for the Red Sea's environment as well as a show of Egypt's commitment to international agreements.

Whale Sharks pose no threats to human beings as they feed on plankton. As one of the largest species of fish, the adult whale shark can reach up to 12 meters in length and can weigh up to 21.5 tonnes.

The hunting of the Whale Shark - considered an endangered species - is banned in Egypt.