Egypt Set to Make the World’s Biggest Ever Macarona Béchamel

Organised by the Macarona Béchamel Festival, the gargantuan event is set to take place on March 30th, next year in Zamalek’s Horreya Park. 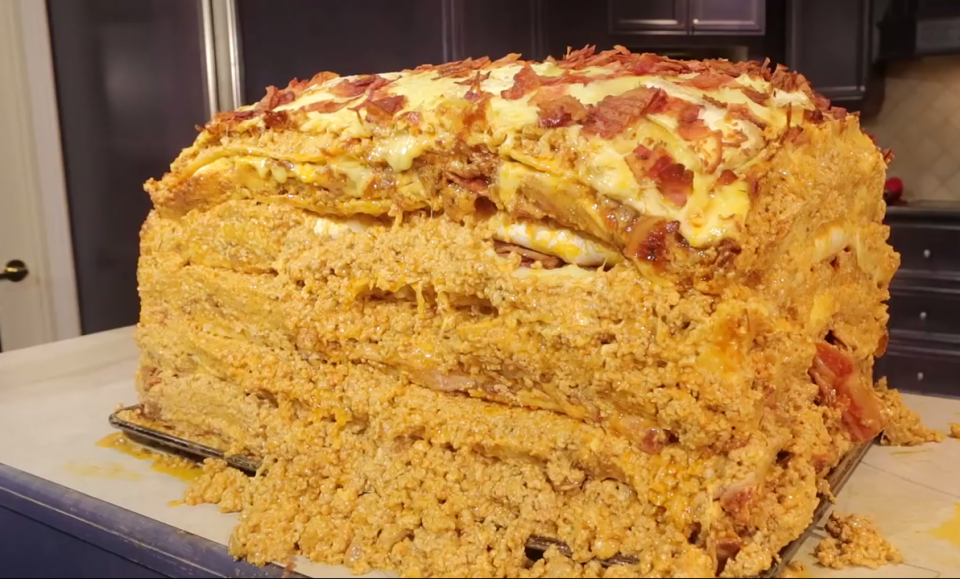 Just when you thought Egyptians were the worst people in the world to do any forward thinking, you were proven wrong. We may be abysmal at planning ahead for all the things that matter: housing, healthcare, education, poverty, the environment, and the ECONOMY - Do we even do any sort of planning for those things? BUT, a group of Egyptians have already started to plan a feat that has never been attempted before: The world’s biggest plate of Macarona Béchamel in history.

Considering the amazing state our country is in, we can most certainly afford the luxury of putting every Egyptian mother’s cooking to shame. It’s not like we haven’t done things on a gargantuan, roid-fuelled scale before! The Great Pyramids of Giza are the world’s - and history’s - biggest ever tombstones. Cairo Tower was, for a while, Africa’s tallest building. We also declared our country the world’s biggest condom by saying to planet Earth, “come in Egypt. Egypt is safe.” And three years ago, we did attempt, and succeed for that matter, at breaking the Guinness world record of another pasta dish: the world’s biggest ever plate of Koshary - although we’re not too sure if that was a hard record to achieve since, as far as we know, Koshary isn’t eaten anywhere else outside of Egypt. Since Macarona Béchamel is basically an Egyptian version of Lasagna, and since we’re quite adept at making throbbing pulsating gimeganormous versions of everything, we all know this is going to be a breeze.

The event is set to take place on the 30th of March, next year in Zamalek’s Horreya Park. It is being organised by the Macarona Béchamel Festival. Think of it as an NGO that specialises in helping people binge on Egyptian home cooking. Best of luck to them!

Check their events page for updates.

After its nomination by the Egyptian government, the Egyptian Museum in Tahrir has been accepted into UNESCO's tentative list of World [...]

Starting in 2022, ancient Egyptian hieroglyphics will be included in the official school curriculum for students between 10 and 18 years [...]

Lebanon Native Offrami on Dance Music, COVID-19 and the US vs MENA

SceneNoise's Yassine Harris sits down with the US-based DJ and producer to shoot the breeze on everything from his latest release on [...]

Close your eyes, lay back and drift off with Stormalong's emotive release 'Burning Low' [...]