Set up like an actual diner, LD manages to elevate Lebanese street food to a cozier dining experience with a few culinary surprises. 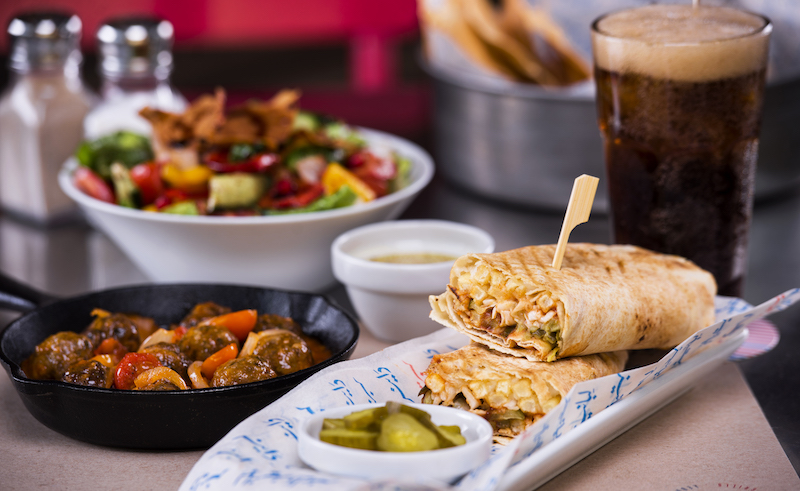 Lebanese and Syrian places are a dime a dozen in Cairo. The hunger the city has for a cuisine that's similar to ours in its palatability but still exciting enough to warrant a night of dining out has surely contributed to the ever-increasing number of Levantine eateries in Cairo. I'm not complaining, but enough of the garlic-stravaganza that is the same copied and pasted menu everywhere.

I'd heard of a Lebanese Diner that had popped up in Sheikh Zayed, and since I'm on a perpetual search for the perfect Kebeh Nayeh, I decided to forgo my rule of not leaving the city centre, grabbed CairoScene's Social Media Director, a mouthy fellow by the name of Moustafa El-Ezaby, and ventured out to continue my quest. Here's the aftermath.

Walking in was certainly interesting. I got instant Hamra vibes. And if you've been to Beirut, you know that means trendy and vibrant but deeply rooted in Lebanese authenticity. "What was your first impression? You looked kind of surprised," I ask Moustafa for whom it actually takes quite a bit of an effort to not be looking at his phone (not because he's rude, but rather because his social media savant status).

"It ACTUALLY looks like a diner! I mean, I’m used to diners being this middle of a highway rest stop which Lebanese Diner isn’t so much… but everything from their design to the cute patterned little placemats just screamed diner!"

It did have those diner feels. I'm remembering the table of trendy-mum types who were seated next to us, playing cards for the entire duration we were at Lebanese Diner's outdoor section. The weather was just starting to turn away from being oppressive and said ladies were as engrossed in their games as we were in studying the menu. Both us and them oblivious to whatever game-changing football match the rest of the diners were turned towards.

It looked like Lebanese Diner would be the kind of place to make a tonne of their own stuff in-house. And they actually do, it turned out. If you ever wondered what the difference was between Sujuk and Makkanik was, then LD is your friend. Just ask anyone there and they'll tell you, because they make both. They know the heritage and spice composition of both  And naturally we ordered both. Owner Ralph Shehfe was our culinary guide and while explaining the difference to us as we feasted, he complained about how the cuisine of his homeland was being butchered in ours, and not in the right way. "Pomegranate molasses isn't meant to take over and overpower the dish. The meat, its freshness and quality, along with how skilfully spiced it is, are meant to do the work. Having sausages drowning in molasses, which should be just one of the subtle flavours in the dish that elevate it, is simply sloppy," he explains.

Ralph tells us about how Lebanese Diner was born. And the story is a familiar one. As an expat, you often miss your country's cuisine. Your grandmother's recipes. Your capital's hangover comforts. After having lived in Cairo for a while, I suppose Ralph grew tired of our carbon-copy Lebanese menus and decided to craft his own. And that he did. With the help of a Lebanese chef and friend, they created one that spoke of Beiruti street food, mezzeh nights, and just plain old home-style goodness.

In contrast, for the purpose of sustainability and making sure to maintain the diner's quality day in and day out, Ralph says "95 percent of LD's ingredients are actually carefully sourced Egyptian products." He says their imports are mostly ingredients like za'atar, "to get the same exact quality and same exact taste as Lebanon."

Lebanese cuisine is also an adaptable one. The French came and left their mark on Lebanon in more than one way. The one LD and Ralph brought with them to Cairo is French bread. They've matched staples in Lebanese food like kofta and shish tawook with soft, home-baked, fresh Lebanese bread called franjeh. And the result is a stunner. The inside of the bread soaks up the juices and houses the hefty portions perfectly, while the outside is toasted to a perfect crunch. Match that with delicious home-made sauces, and we have a winner. It did feel like Lebanese Diner's dips and sauces were the star of the table. We couldn't get enough. This was no longer the same old bland hummus; instead we were dipping into a reddish concoction that is their hummus har and reacting with sounds the ladies at the next table weren't 100 percent comfortable with.

Not all culinary adaptations are made equal. And not all Lebanese contemporary dishes are rooted in tradition. A dish on their menu that grabbed our attention was shrimp mac'n'cheese. We weren't sure how Lebanese that was or even where it came from. But our curiosity got the best of us and we went all in. No regrets. I can picture a boozy night out followed by the authentic diner experience that is the ultimate comfort food: cheese! Coupled with the shrimp, it's elevated to gourmet places.

Ralph talks to us about the inspiration behind some of their dishes and the one that stood out was also positioned on the menu like the diner's pièce de résistance. Meet the Lebanese Burger! It's a pure minced beef patty, coleslaw, pickles, fries and kickass bread. The twist is the toasting of the bun like good ol' American burger. And apparently versions of it are a nightlife staple in Lebanon.

The next day ask I ask Moustafa El Ezaby what his favourite bits about the food were, and we finally agreed on something.

Do you remember those potatoes though? I think by far my favourite dish of the evening. It was almost surreal how crispy and spicy they were on the outside, yet once you sink your teeth into them, they turn to a heavenly mush.

I couldn't agree more. And we never agree on anything. They were spicy, zesty,and had a beautiful crisp. Just missing an accompanying cold beer.

Lebanese cuisine isn't a fancy one. We forget the glory that is street food. The birth place of flavour. Lebanese Diner didn't and they made it clear. Their menu, concoctions, and even their Jalab and other drinks remind us that simple can be elevated. That tradition can adapt and evolve. But most importantly that the most important ingredients in a dish are, as corny as it sounds, love and conviction. 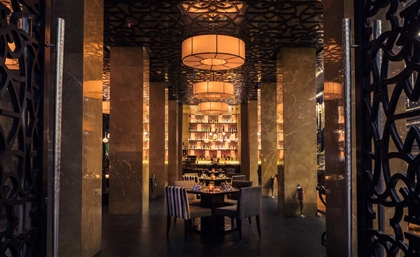 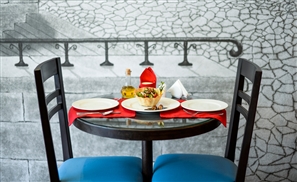 Since he couldn't quite afford an actual weekend getaway to Lebanon, our resident [...] 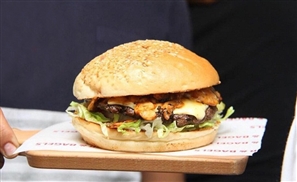 The dream of a place that serves both burgers and bagels has finally become a [...]