[Exclusive] Moustafa Daly delves into the unbound mind of Mohanad Kojak and filmmakers Saad and Abdelrahman Dnewar to break down how they joined forces to bring fragments of their imaginations to life. 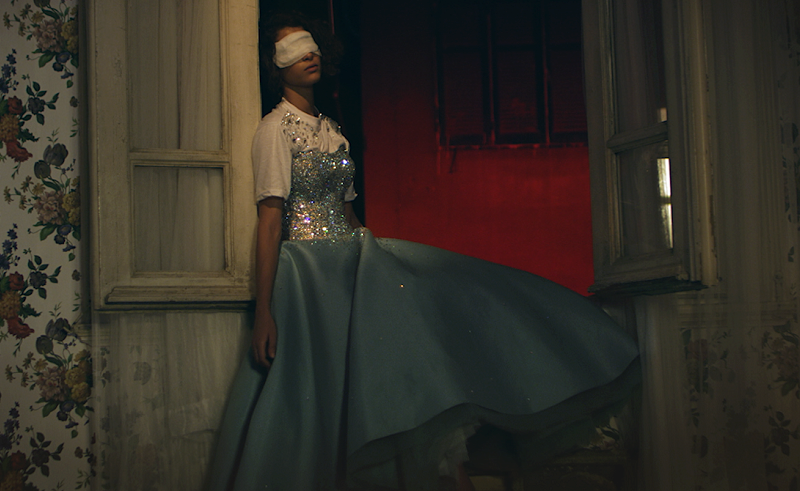 Who's to say what a fairytale is? To some, it's miraculously combating all the evils of the world to rest in the arms of their beloveds. A loaded bank card, picturesque beach figure, and, if possible, a European passport are as far as others would go with their daydreaming. But can fairytales, and subsequently daydreaming, prove to be as elusive and destructive as they are alluring?

In his first ever fashion film, Egypt's renowned designer Mohanad Kojak of Kojak Studio attempts to - through the lenses and script of up-and-coming filmmakers Saad and Abdelrahman Dnewar - walk us through a somewhat trippy alley through his uninhibited imagination, and the emotions brought upon him as a child growing up buying into the unattainable world of fairytales.

"Kids watch fairytales promising them a world which is unreal, and they grow up with this misguided perspective on how life should be, and then reality hits them hard," says Kojak. "They grow up expecting this image and their perspective of life gets shaped by these deceiving fairytales."

Kojak's goal, however, isn't to shift how you feel about fairytales. He's not, for instance, going as far as to chastise the cult of photoshopped models because of their perceived negative effect on people's self-esteem and perception of attractiveness. Kojak sees that adults should be able to make a distinction between reality and fiction, and are supposed to, unlike kids, be able to tell that the photo-shopped model doesn't need to be a reflection of their own world.

With his new collection, the eccentric young designer is simply giving you an uncurated tour around his head. However, to do only that is a substantial undertaking, which is why when Kojak wanted to channel his collection through a different medium, he decided to collaborate with up-and-coming filmmakers Saad and Abdelrahman Dnewar, who together began constructing a whole new layer to the story.

Right off the bat, you could tell their visions are not only aligned, but also perfectly complement one another.

"What came to mind was simply to do our own interpretation of fairytales, which we envisioned as something that defies all the stories our entire generation grew up watching, reading and listening to," explains Saad. "Those stories were mostly white-washed, hetero-normative, patriarchal tales which reaffirmed the conventions and norms of the same societies we eventually grew up to defy."

And defiance it was. The Dnewar brothers began putting pieces of the film together, unleashing a fury of raw, visually-striking short story-lines which are completely - in a true post-modernist fashion - open to anyone's interpretation.

"Explanations ruin things," Saad carried on. "We don't want to dissect the choices we made and the meanings behind every visual element to turn them into a story, because maybe there isn't one. Also maybe, but not necessarily, the film has some subliminal messages; some of which could be inferred from the film and others have a very high-chance of being completely misinterpreted."

The hazardous nature of the film, compounded with the fact that such fairytales are mostly Western creations, begged the question; how does this vision sit within the context of Egypt?

"We wanted to make a fashion film that challenges [fairytales-inflicted] conventions and explores the concepts of gender and identity openly. However in a society where no one really has the choice of being open about who they truly are, everyone is potentially closeted and duality becomes rampant. Hence why you can never figure out the truth about anyone you know because everyone could be anything you never expected them to be, and they'll probably will have good reasons for hiding it most of the time," elaborates Saad on their shared vision for the film.

The one thing the messages of the film have in common, evidently, is the stunning Kojak Studio's Haute Couture collection, Fairytale, which puts forward some of the young designer's most extravagant, wondrous, and highly detailed creations. Because what are fairytales without glitz and glamour?

"I loved showing my collection through a film," says Kojak. "It actually has a story, it shows more details, and the visual exaggeration makes everything look so much more in the mood of the brand and also offers itself as some sort of a documentation. Until today, if you want to look at Channel's collection circa' whatever, you can simply watch the fashion film of the collection," he concludes. 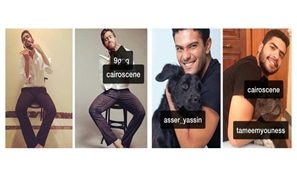 17 Posts @CairoScene Was Tagged In That Don't Make Any Sense

We get tagged in a lot of things on Instagram. Most of them are relevant. Some of [...]
Week Month Year