Art imitates reality in an alternative universe where Spider-Man and Captain America are both ladies. 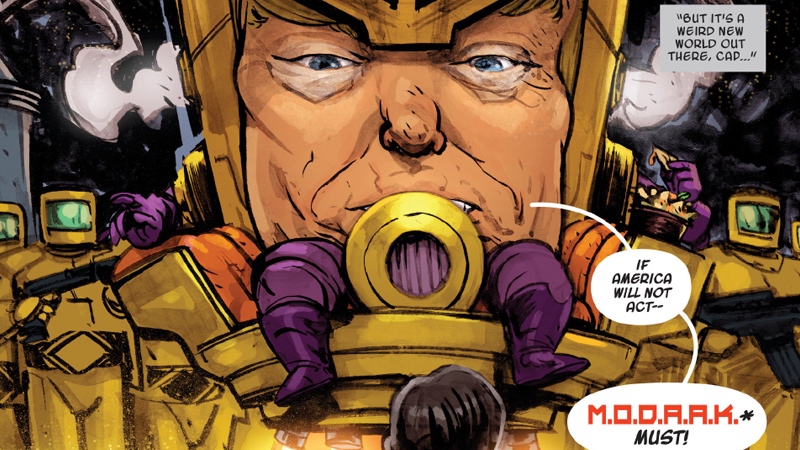 The 2016 US presidential race certainly seems like some kind of fantastically insane work of fiction most of the time, complete with its own supervillain. Now Marvel Comics is saying what the whole world (besides an embarrassingly large portion of the American people) is thinking by casting The Trump as a supervillain.
Spider-Gwen Annual #1 hit stands last week, featuring a brief story about this alternate universe’s version of Captain America (a young African-American woman) battling a version of longtime villain MODOK that bears a strong resemblance to the biggest toupee-topped windbag in the world.
In the book, MODAAK – the Mental Organism Designed As America’s King, is menacing the America-Mexico border when he’s faced by Captain America, named Samantha Wilson in this alternate and more diverse continuity. 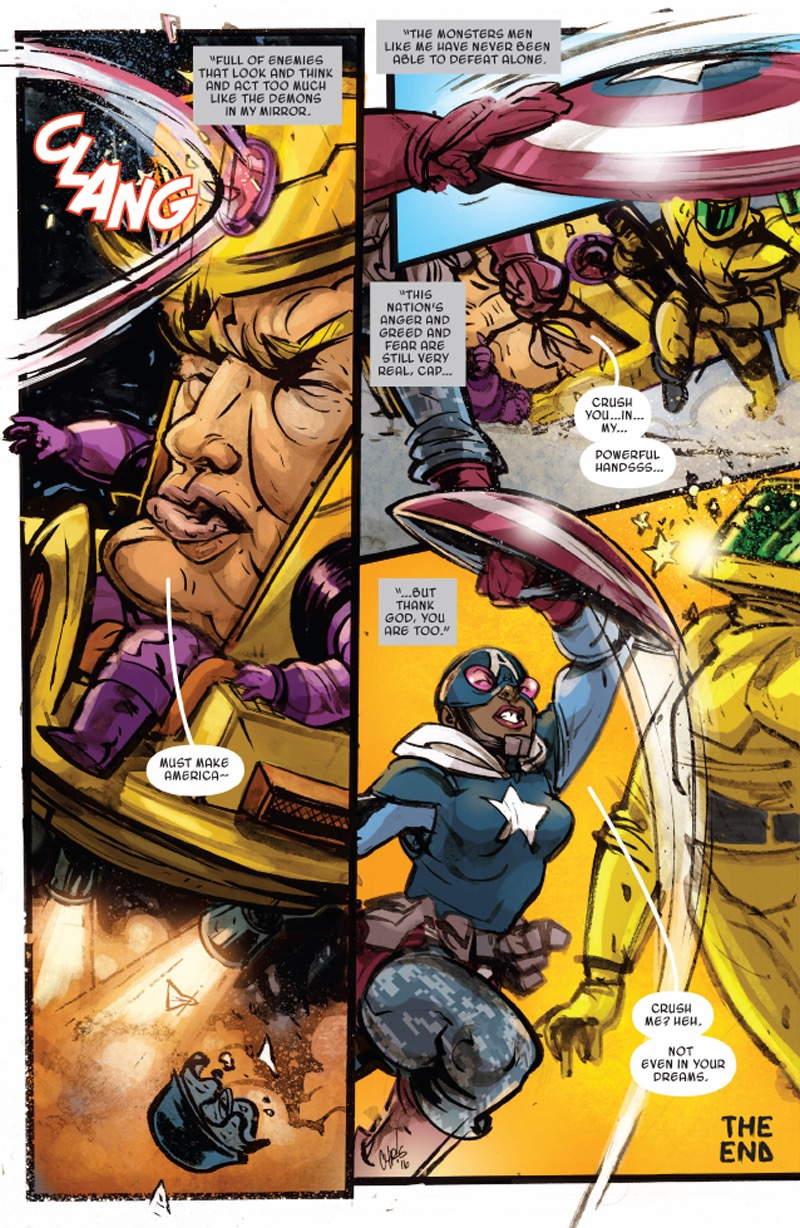 I really hope that this beautiful caricature sticks around, even if it is an alternate timeline. Actually, you know what? I've got enough Trump in my life, never mind. 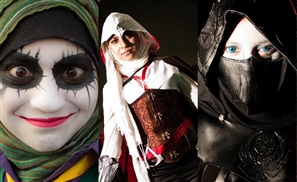 Hijabi Hooligan is Taking the Internet by Storm with Amazing Cosplay

Using her hijab in her costumes, a UK geek is expressing her love of comics and [...] 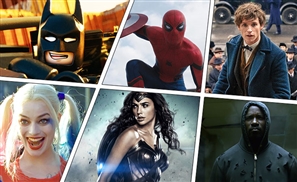 The moving-picture adaptations of basically all the comic book characters ever have [...] 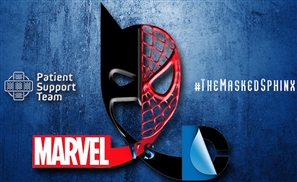 The endless battle between Marvel and DC heroes is coming to Egypt to help those in [...] 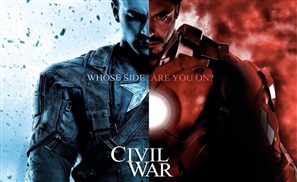 The patriotic superhero is set to face off against his former ally, Iron Man in [...]
Week Month Year