X-men Brings An Apocalypse To Cairo

Part three (or is it six?) of the confusing mutant saga misses the mark with too many characters and a tragically underserved villain. 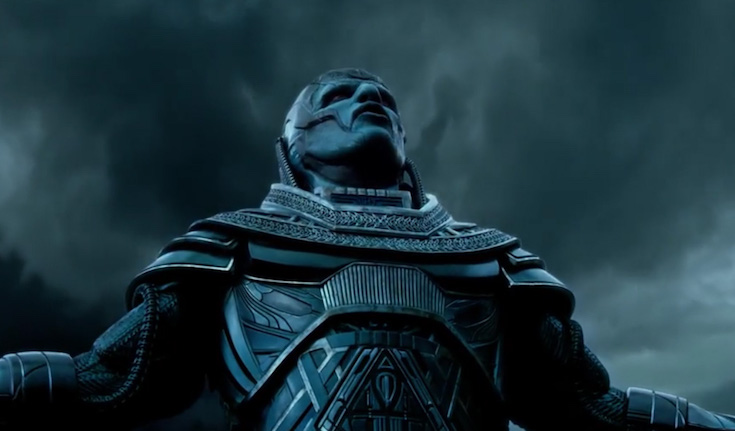 In most every superhero movie there’s a city, or cities, that end up totally demolished as the heroes and villains duke it out. Most of the time it’s New York City or LA; sometimes it’s a fictional city like Metropolis. San Francisco’s Golden Gate Bridge is a recent victim of CGI collateral carnage in several movies, including the last X-men trilogy closer The Last Stand. In X-men: Apocalypse, Bryan Singer made the decision to destroy Cairo, and the Egyptians in the theatre with me actually cheered as their city was arbitrarily turned into a giant pyramid. I’ve never watched a destruction-porn scene like this in the actual city that’s being depicted, but I can safely assume that, when the new Godzilla movie comes out in Japan, the people in the theatres won’t be cheering as he stomps through their streets. Also, this is the first time I’ve been able to understand the language in an ‘exotic’ locale scene of a movie. Hearing a guy order the same thing I get for breakfast every day when Storm runs through a restaurant in Cairo was hilarious. These are the things that stuck with me after seeing X-men: Apocalypse – not the characters, not the fight scenes, and certainly not the plot, but the novelty of one of its set pieces. 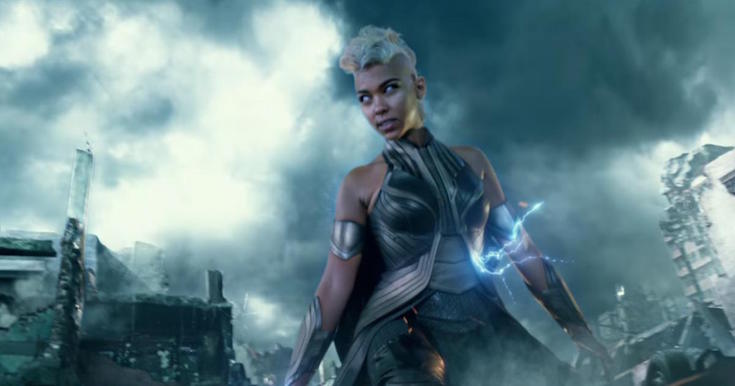 Following 2014’s Days of Future Past, which bridged the gap between the new rebooted mutant-filled universe that was begat with First Class with the series that started the whole comic book movie craze that we’re currently inundated with, Apocalypse brings one of the most revered baddies in the Marvel universe up against a younger version of classic X-people. The film juggles so many character introductions that it’s impossible to develop any kind of appreciation for any of them. Meeting the young Cyclops, Jean Grey, Storm, Angel, Nightcrawler, Psylocke, and a girl who I guess is supposed to be Jubilee, overloads the film so that none of them get the attention they deserve to make any kind of bond with the audience. The relationship between Jean Grey (adequately played by Game of Thrones’ Sophie Turner) and Cyclops is barely even hinted at besides an awkward ‘wow you’re pretty’ moment between the two of them early in the movie.
This discordance with the original X-men movies confuses my brain. I thought First Class was a prequel, then Days of Future Past had me thinking that is was some kind of alternate timeline/reboot kind of thing, but Apocalypse doesn’t do much to clear things up. 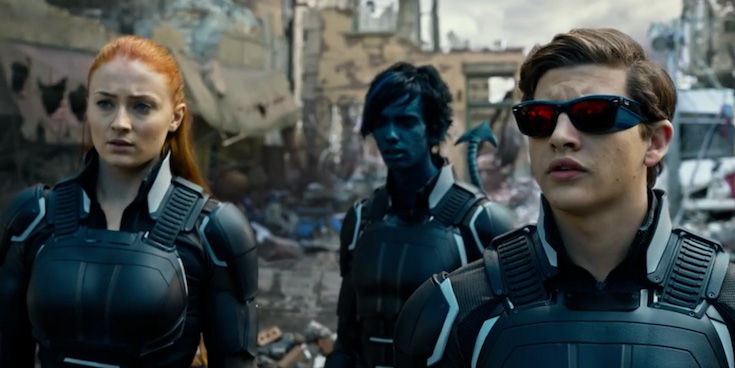 Apocalypse really is just kind of a mess. The plot sort of meanders through these semi-self-referential moments while missing the kind of beats a story like this needs to keep the audience engaged. Scenes like Angel and Nightcrawler’s cage match are clearly meant to evoke memories of the earlier movies, and Singer as a director seems to have resorted to a mentality of “hey, people really like that in the other movies, so let's do it again.” Days of Future Past’s awesome Quicksilver scene is mimicked and shoehorned in without much consideration for its actual contribution to the plot. Even the appearance of a certain grumpy Canadian mutant seems like it was thought up during a writers' meeting and really fails to deliver any kind of substance. As far as origin revealing goes, though, his brief moment in Apocalypse was still a bazillion times better than all the solo Wolverine movies. Seeing his rage contained within a PG-13 setting again really has me antsy to see him set loose in an R-rated feature.

Now onto the weakest link in most genre films like this: the villain. Oscar Isaac is a phenomenal actor, capable of delivering on a remarkable range and so damn handsome he could make a grown man swoon. So the decision to cover him in a costume and prosthetics that clash on a fundamental level with the ‘grounded’ aesthetic of the rest of the movies is a crime against my eyeballs. Likewise, the supposedly grandiose and maniacal monologues he’s given are the same, trite 'I will cleanse the world' crap that we’ve all heard a thousand times before. Isaac himself almost seems bored with the role, with most of the gravitas in his voice only added with effects. For all of his talk about ‘false gods’ that have led humanity astray, he's remarkably vague. Is he talking about the financial system? Hollywood? Nukes? He never specifies exactly what it is he is so upset about and so just falls into same tropes of a bad guy trying to destroy the world. 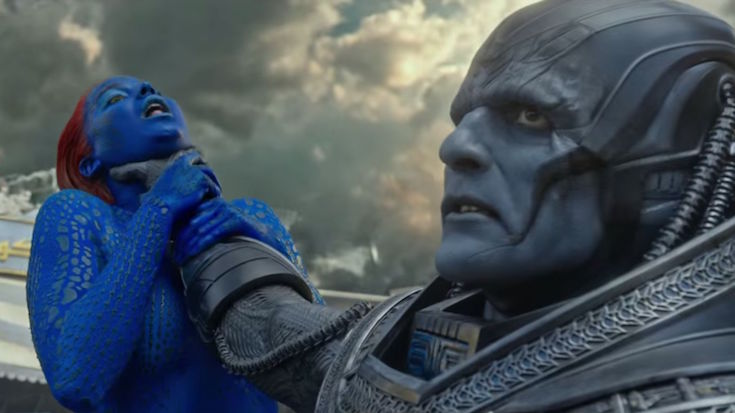 The flick also doesn’t really explain what Apocalypse’s powers do or why he needs his Four Horseman at all. He melts guys into floors and walls, teleports a bunch of people in a big purple ball, and downloads the Internet or something just by watching an old Star Trek episode. He got these powers from other mutants he's possessed? I mean if the guy can basically tear down half of generic 1980s Cairo and turn it into a giant metal pyramid with all the effort of taking a poo, why does he need Magneto to create a worldwide magnetic field thing to destroy everything? Plot contrivances, that’s why. I’m not asking for some mind-blowing esoteric storytelling, but if I spend most of the movie asking why the villain is doing what he’s doing without any kind of answer, that’s bad. Even his henchmen’s motivations aren’t entirely clear and by the end of the movie when the big bad has been resolved, it’s rather ambiguous where everyone’s loyalties lie – especially Olivia Munn’s Psylocke.
Not that the whole movie is garbage; there are a few moments that shine through the murky plot and hazy action scenes. Evan Peters’ Quicksilver is a delight basically whenever he’s on screen, and a few of the nods to other parts of the X-men continuity are enjoyable. I also totally loved the scene with a drunk Angel listening to Metallica’s The Four Horsemen. Continuing the trend from the other films, Michael Fassbender and James McAvoy as the star-crossed friends Magneto and Professor X assist in keeping the film from completely submerging into cinematic oblivion. Still it’s on the same plane as The Last Stand as far as quality goes, and doesn’t come close to the enjoyability of the other films. There was a lot of wasted potential here and it seems like there may have been some hasty rewrites mid-production because Apocalypse certainly isn’t as cohesive as DoFP or even the original series. As the movie itself comments on when the young X-people make a trip to the mall and catch another certain third-in-a-trilogy that was released in 1983, the third movies are always the worst. 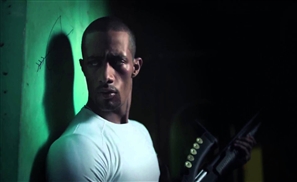 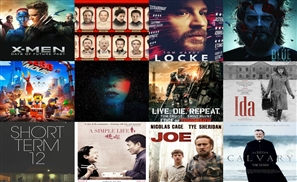 Seven months into the year, and there's already been a number of films well-worth [...]
Week Month Year