As October marks Breast Cancer Awareness Month across the world, Valentina Primo speaks with the experts at the Egyptian Society of Women’s Health to find out what helps and what hinders the detection, treatment and curing of the disease. 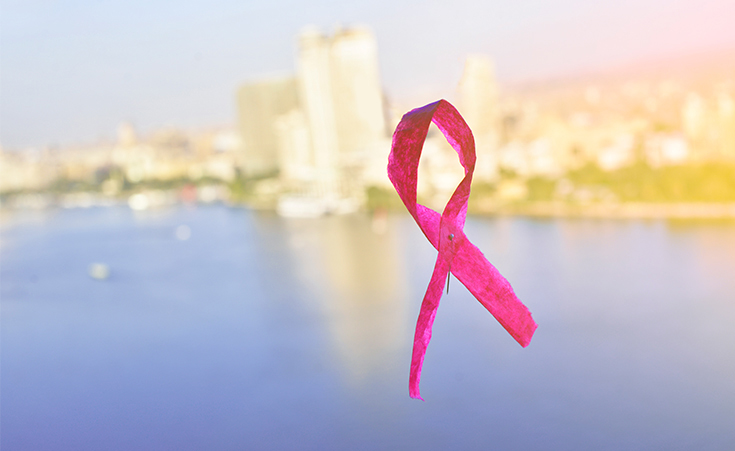 Breast cancer is the most common cancer among Egyptian women, accounting for 35% of all cases treated at the National Cancer Institute. However, most cases are detected very late and, in many circumstances, are not treated; a deadly combination of myths and patriarchal standards pushes unregistered cases to levels beyond the specialists’ reach.

As Breast Cancer Awareness month is marked globally every October, the Egyptian Society of Women’s Health is hosting discounted and free mammograms in an attempt to raise awareness on the importance of early detection.

“Many women only find out they have cancer once they find a big lump. I have had women who come with a huge mass coming out of their breasts, ulcerating, and I wonder ‘why didn´t you come before?’ says Norran Hussein, former Executive Director of the Breast Cancer Foundation and founder of the Egyptian Society of Women’s Health. “There was the case of a woman who was convinced that she had gotten it because she had made her brother upset. So she thought that by apologising to him and making him happy, it was going to go away. This indicates the culture we are living in.”

Globally, statistics show that one every eight women is susceptible to breast cancer during her lifetime; it is the most diagnosed cancer and the leading cause of cancer death among females, accounting for 14% of deaths related to cancer.

“Women who detect a tumor early, when less than one centimetre, get cured in 95% of cases. The problem is that the average size of cancer once is it found in Egypt is 5cm, which usually indicates it has spread; it is the fourth or fifth stage of cancer. That is very high, considering in other countries it is detected at 2cm,” Hussein says.

A study conducted among Egyptian women aged 35-64 years living in Cairo found the alarming detection rate of 8 per 1,000 cases of breast cancer upon first screening, which indicates that many who had early but palpable breast cancer do not seek medical advice until late stages, says the Department of Preventive Medicine and Public Health, Faculty of Medicine, University of Cordoba, Spain.

“Usually, women should start medical check-ups at the age of 40, except in cases where their mothers have had breast cancer. In that case, their daughters should start prevention 10 years before the age when her mother detected it. For example, if a mother had cancer at the age of 40, her daughter should begin checking when she is 30,” explains Hussein.

Her NGO, the Egyptian Society of Women’s Health, was formed in 2005 with the aim of educating doctors on early detection and this year extended their services, offering free and discounted mammograms and ultrasounds for women, not only for breast cancer but also uterine, cervical cancer, and osteoporosis. “We go to banks, companies and centers and offer discounted mammograms, paid by the employer,” she says.

This month, the organisation is holding a talk on Breast Cancer Screening at the AUC campus, in collaboration with Lead this Saturday, and a run in Korba, Heliopolis, held in partnership with Egyrunners.

A disease surrounded by taboo and myths

The Egyptian government has also implemented the omen’s Health Outreach Programme, an initiative launched in 2007 to conduct free mammograms across the country through mobile vans. However, while the programme initially aimed to screen 8 million women over 45 years old, it only managed to conduct it on 150,000 people. “Some of the vans were not working, and social taboos restricted the activity, as in rural areas women are not aware of the importance of prevention,” Hussein explains.

Taboos related to the woman’s body, and the nuances of a society where patriarchal values are predominant, pose an alarming threat to the detection and cure of cancer patients. “In some rural areas where men are dominant, women need to ask their husbands for permission. So asking for permission to go out to a place, where they will have to undress and show their breasts is very difficult for them,” she says.

Additionally, existing myths around the disease result in a barrier of silence that often hinders treatment. “There is the myth that if a woman gets cancer, her daughter will not get married because men will think that she will get cancer too. But reality shows that only 10% of cancer cases worldwide are family related,” the specialist explains. “Having a relative precedent does increase your risk, but it does not mean that because your mother had it, you will have it too.”

In deprived areas, a woman often knows there is something wrong in her body but refrains from beginning treatment because she is afraid of her husband leaving her, or marrying a second wife.

“Some people also think deodorants can cause cancer, but that is not true. There is one type which contains aluminum, but it was only a preliminary study; and most deodorants do not include it anymore,” says Hussein, indicating that silicon do not affect cancer either.

How to take a self-test

Following recommendations on Breast Cancer month, Dr. Hussein explains how to conduct a self-test: “Every girl at the age of 20 should examine herself once a month, in front of the mirror. There are two main positions, standing in front of the mirror and while taking a shower. If they feel any change in the way their breasts look, such as a lump, redness in the skin, or if the nipples have gone inside, they should visit a doctor; but there is no need to worry because in 80% of cases, lumps are benign.”

“If you discover an anomaly, you should head directly to the doctor and have an ultra-sound, especially if you are under 30. After a woman turns 30, it is easier to diagnose with a mammogram. Women with a family history, which are considered with a higher risk, can also take an MRI of the breast,” she adds.

Treatment for advanced cancer in a private hospital can cost up to EGP 100,000. But there is free treatment at the National Cancer Institute, which offers surgery, chemotherapy and radiation. There is also treatment free of charge at the Cairo University and Ain Shams university hospitals, and Baheya. 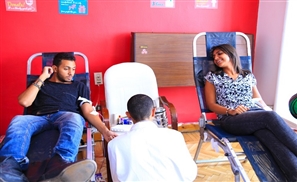 Only one per cent of the country's population donates blood; here are eight ways [...] 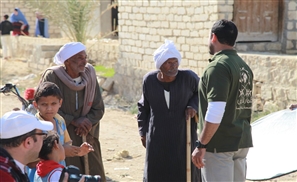 It's season of giving and it couldn't be easier. Here are just a handful of [...] 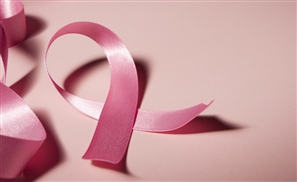 We speak to the board members of the brand new breast cancer care centre in Haram, [...]
Week Month Year