Haven’t I Seen This Somewhere Before? On Plagiarism and Adaptation in Egyptian Cinema

Egyptian directors are frequently inspired by films from around the world, but sometimes the product of their inspiration is... the entire screenplay! Where do we draw the line between adaptation and blatant plagiarism? 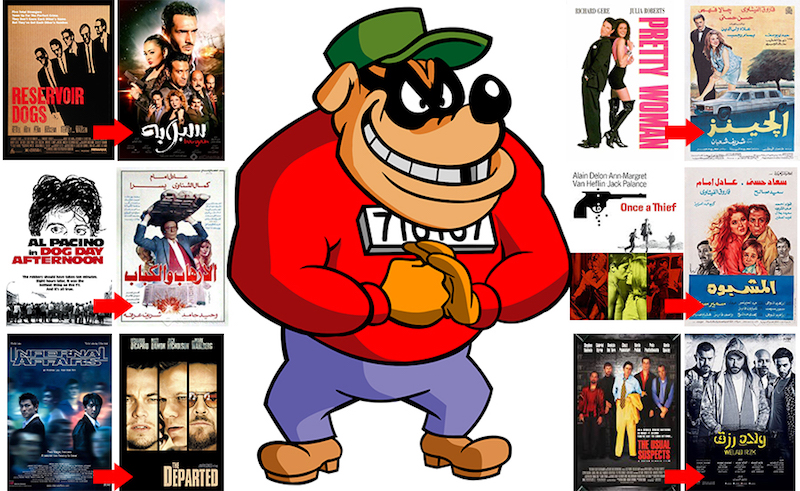 “Wait a second… This movie is a scene-by-scene remake of a foreign film!”

Sometimes when watching a movie, you’ll get this nagging feeling that it feels too… familiar, somehow. That creeping feeling turns into suspicion, and eventually the realisation dawns on you; you’ve seen this film before. Maybe the entire film. Mixed feelings generally follow; you’re annoyed that you’ve just realised you’re watching a complete rip-off of some other film, but you might find some dignity in the fact that you recognised it, especially if the director is trying to pass it off as original work. Usually, these filmmakers either completely fail to acknowledge their blatant plagiarism, or claim that it was simply a happy coincidence.

In the movie The Social Network, Mark Zuckerberg’s character states that “a guy who makes a nice chair doesn't owe money to everyone who has ever built a chair.” That may be true for chairs, but, in general, this rationale is difficult to implement in reality due to intellectual property laws. So, what’s right and what’s wrong? Are directors and writers with 'sampled ideas and thoughts plagiarisers? Or can their work be called an adaptation? What happens if a plagiarised work is similar to or even better than the original? Is it still plagiarism? Of course it is! But is it forgivable if it’s an improvement? Let’s explore.

The first step in distinguishing adaptation from plagiarism is in identifying several different aspects of the film, such as its genre, theme, and plot. The genre is usually easily identifiable – is it comedy? horror? drama? The theme is the idea around which the plot revolves, such as revenge, friendship, forgiveness, or perhaps the most famous of all: love. These aspects of storytelling are shared across the world, so any similarity in some of these variables is understandable.

One example of an Egyptian adaptation of a film’s dramatic arc is that of El Erhab Wel Kabab (Terrorism and Kebab), directed by Sherif Arafa. The film is adapted from Dog Day Afternoon, originally directed by Sydney Lumet. In Dog Day Afternoon, Sonny Wortzik, a gay man without a criminal record, robs a bank so his romantic partner can have a sex change operation. The robbery scheme gets so out of hand that he feels forced to take the bank employees hostage. Long police negotiations with Wortzik become a larger discussion about freedom, Wortzik’s rights as a citizen, and the circumstances which led him to rob a bank. In the end, both the hostages and the public sympathise with Wortzik, feeling that he represents them.

In El Erhab Wel Kabab, the protagonist, Ahmed Fath El Bab, is an ordinary working man who goes to the Mugammaa Tahrir to complete the paperwork required to transfer his children to a different school. The frustration with Egyptian bureaucracy leads Fath El Bab to hold everybody in the Mugammaa at gunpoint, and as the situation progresses, many of the hostages not only sympathise with him, but join him in his demands for freedom and human dignity.

In both films, a simple citizen takes a stand against the state and by the end, the audience sympathises. In a scene from Dog Day Afternoon, Wortzik negotiates with the police on the street until he feels they are about to attack him, at which point, he starts chanting “Attica, Attica!” and the crowd on the street joins in. In El Erhab Wel Kabab, Fath El Bab’s first request from the police during hostage negotiations is a meal of kebab and kofta. When the Minister of Interior refuses to comply, Fath El Bab begins to chant for the kebab, and the crowd follows suit until his demand is met. The chants in these two scenes may be different - with “Attica” symbolising the Americans’ call for freedom and “Kebab” Egyptians’ right to life, the scenes are inherently similar in the sense that the protagonist, who is effectively committing a crime, earns the people’s sympathy and support.

Some films, however, 'borrow' an entire plot, only changing the setting. Hollywood movies do this as well, except when they do it, they actually call it a remake and pay the makers of the original film for the rights; a prime example of this is legendary Martin Scorsese’s The Departed, which was a remake of Chinese director Andrew Lau’s Infernal Affairs. Although the two films have very similar plots, The Departed had a very different ending, which many considered to be better than the original. In fact, the film won Scorsese his only Oscar.

One Egyptian film that did manage to execute a remake is director Samir Seif’s El Mashbouh. Adapted from Ralph Nelson’s Once a Thief, El Mashbouh tells the story of a thief who repeatedly tries yet fails to lead an honest life. From the film’s setting in Port Said’s free zone, to its variety of characters, the film encapsulates a purely Egyptian spirit.

The aforementioned examples are all instances of good adaptations. But how about the disastrous ones? It usually starts when filmmakers take a foreign movie and only change the actors and language and call it their own work without crediting the originals.

The 90s were a sad decade for Egyptian cinema and actress Jala Fahmy was among the reasons why that was the case; her films were all plagiarised. Her husband at the time was Sherif Shaaban, who 'directed' and produced these sad excuses for movies. Pretty Woman became a movie called El Jeans and A Fish Called Wanda became Samaka W Arbaa Oroush. Shaaban also produced Fer’et Banat W Bas, which was copied scene-by-scene from Marilyn Monroe’s most iconic film, Some Like It Hot. Monroe’s character was played by Amira Fathy in the Egyptian version.

These cases of plagiarism aren’t just restricted to films; entire TV shows are plagiarised too. Egyptian director Peter Mimi is responsible for the movie El Haram El Rabea, which is directly lifted from Mr. Robot.

Most of these stolen films were not well received critically or commercially, and not because they were plagiarised, but because the director didn’t bother to make any effort and the audience could plainly see the carelessness. A good movie speaks for itself and the audience will sometimes be forgiving of an unoriginal idea, as long as they feel that the film and its makers respect them as an audience.

The content of this article was originally plagiarized from AlScene. 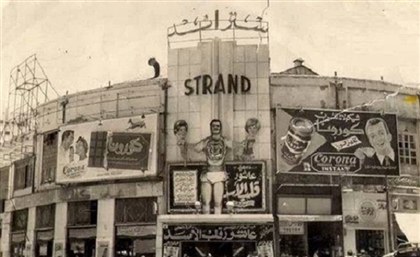 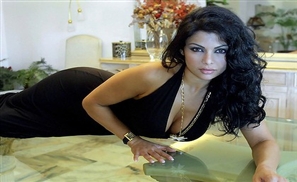 Haifa Wehbe: Too Sexy for Egypt

The Lebanese actress' latest cinematic feat has been deemed inappropriate by PM [...] 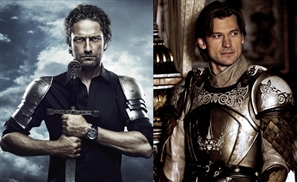 An epic production depicting the gods of Ancient Egypt has been announced with an [...]
Week Month Year