Following the staggering feedback we got from all you stoners out there, we've compiled the top eight scenarios every hash head knows all too well...

After the overwhelming support for the legalise hash campaign, it has become evident that hash is deeply rooted in the lifestyle and culture of the Cairo scene. There are many joys that hashish brings to one’s life but it also has a way of disturbing one’s schedule by controlling the daily routine of its host. We’ve decided to share a few situations that might hit a chord with potheads across the country.

It’s 2am .You are on your way home from a smoking a3da at your friend’s place. All of a sudden, Quick pops up on your radar; its red and yellow lights appearing like a mirage in the dead streets of the night. What is to you a glorified cigarette koshk during the day, suddenly transforms into munchie heaven at night. You gaze at the door for a second with Somali hunger; you finally cave in and enter the premises. Everything looks so appetising; the chocolates on the stand taunting your lips, the candy on the shelves winking at your salivation, the chips awakening your guilty pleasures. When the eyes are bigger than the stomach, the wallet becomes generous. You end up eating half of what you purchased and hide the rest in that secret drawer resting beneath the Dr Atkin’s diet book.

Everyone is supposedly asleep; you smoke one last joint before hitting the sack when, suddenly, a small hunger prompts you to go to the kitchen. There, you bump in to your mother who evidently also had the same urge. You, high as fuck from hash, and she, completely zoned out from Xanax, share a beautifully awkward moment of silent acknowledgment of each one’s incapacity to tolerate life sober.

It’s the time for an MNJ, a movie joint na3na3 night. You locate a film you are willing to watch, roll the spliff and watch the movie in a marshmallow cloud. The next morning, only bits and pieces of the film are retained in your memory and you can’t remember exactly what happened. You fill in the plot holes with a new script in which Ryan Gosling and Angelina Jolie are undercover spies hired by Fox News  to overthrow the government of Uganda by promoting a humorous campaign of homophobia.

How many times has the happened? You go into the kitchen to make some tea or grab a bottle of water but before returning to the room you were sitting in, you wander around the house for two zombie minutes. When you finally return to the main room, you don’t have the mug. Where did you put it? Your mind has put those two zombie minutes into the recycle bin and now you are forced into a quest for tea, scouring the house for your abandoned friend until you finally locate it in the oddest of places.

You decide to smoke a joint before leaving the house. You were expecting a quiet and invisible walk until your destination when suddenly you bump into a random acquaintance. Red eyed and not in the mood for small talk, you try to force a quickie out of the encounter. The interlocutor, on the other hand, is super excited to see you, energetic in posture and curious in tongue. You finally liberate yourself by faking a phone call.

Time is not the friend of the pothead. There is not one inch of Swiss blood running through our veins; instead we are proud Sudanese, quarrelling with time until it suits our mood, stretching its seemingly absolute parameters into submission towards our slowed down universe. Our internal clock set to GMT time, we are always two hours late, living in a parallel world where time is negotiable and where punctuality is for pussies and plane rides.

Ah mornings, our eternal enemy. It is already hard enough to wake up after a sober night but add joints to the equation and waking up becomes an Olympic sport demanding skill, dedication and excessive practice. The pot head wakes up oblivious to his surroundings, still sheltered in the borders of life where it is safe to be dysfunctional. It takes a few hours to crawl out of that autistic state and rejoin society.

You’ve had one of those long weekend nights. You pre-drink and smoke up with friends then head to party in one of the city’s hotspots, drinking further and dancing all night long until you realise that you probably will not find a new prey to seduce or succeed in convincing that friend that becomes irresistible when drunk to sleep with you. Defeated you go home and smoke one last joint. You then try to sleep but can’t really switch off completely in that irritated state. You decide to go for a natural sleeping pill by knocking one out but your penis is reluctant to welcome a rush of blood to his head. You try in vain to cheer him but he is only willing to meet you half-way, in that flabby state that insults your manhood. 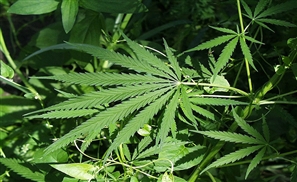 Up in Smoke: Egypt Hash Prices Soar by 50%

Fuel hikes have contributed to rising prices in Egypt, and the underbelly of the [...] 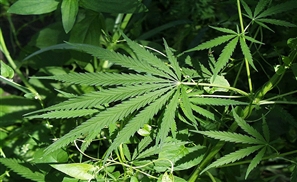 Egypt could be set for a flood of cut-price hashish and weed thanks to strict [...] 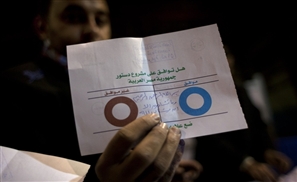 5 Ways to Fix the Constitution

In his CairoScene debut, an elusive character by the name of Keyser Barbatoze [...] 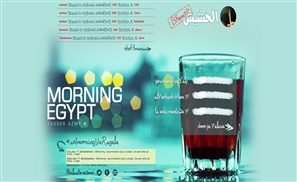 The worst feeling in the world is suspecting you've been ripped off... on your [...]
Week Month Year