Admit it. Or don't. You probably won't. Because you're a liar.

Egyptians are a proud nation but no matter who you talk to, whether it be strangers, friends or even family members, one thing becomes abundantly clear: we all lie. We don't mean to but it happens a whole lot, as it would be impossible for Egyptians to make it to every engagement, wedding, funeral, baby shower and graduation we're invited to. What's funny is that at the same time, we often fabricate or over exaggerate the importance of attending these very same events as excuses to get out of anything and everything.

So without further a do, here is a list of 7 ways Egyptians lie to each other.

Egyptians have large social networks and as such have constant invitations for life events. Participating in these events are important and sometimes mandatory depending on the degrees of separation. If a family member is having a wedding then you must go, but if your friends uncle's brother-in-law that you may or may not have ever met has died and they want you at the funeral, your eyes instantly roll around looking for an excuse that ends in a lie about having to go to a cousin's baby shower, as we know life always trumps death.

If you have ever taken a taxi in this country, then chances are you have been lied to. The list of lies are very diverse ranging from the metre is broken to the windows don't roll down and the AC never works. However, the most popular lie that taxi drivers always use is that someone in their family is sick, and they need money for the operation. Sometimes the taxi deserves an Oscar but that's about it as rarely are they actually telling the truth. Yes, people get sick but when, without fail, every taxi says it, one can assume that a majority of them are lying.

Have you ever called TE Data about your internet? If you have, then you know that the person on the other line is a liar. They will say whatever you want to hear, but never address the issue. On countless occasions we find ourselves struggling to stream a two minute YouTube video or even opening an email. Complain about it and they will promise to double your speed, but by the time they are able to actually increase your speed you have aged and become impotent, making the internet useless.

Another lie Egyptians say without knowing is the over use of the word habibi. Every Egyptian is a habibi. What was once a term of endearment is now the same word used to indicate you need more coal for your shisha.

Often Egyptians get phone calls from strangers that begin the conversation which how much you have wa7asht them. Not wanting to be impolite you too admit that you wa7asht them very much. These are both lies as often the person you are talking to turns out to be someone you don't know, and for some reason want to sell you bonds.

Egypt is not safe. We know this is a sensitive issue but if you were think about what a hypothetical global safety spectrum would look like, Egypt would definitely find itself closer to unsafe side than the safe side. Don't believe us? Then feel free to come by the office and beat us up and prove our point.

I will pay you tomorrow. The five most used words in Egypt. As a society that arrives late to everything it has become a foregone conclusion that it's just acceptable to be late with settling balances. Sometimes this isn't the case at work, but when talking about daily life in Egypt, somebody, somewhere always owes you money, and chances are you owe someone else money. Like most things, we often get by passing the blame. 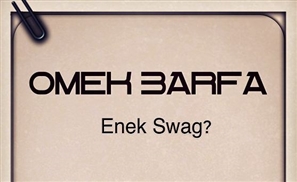 One of the most hilarious Egyptian Instagram accounts we've come across, @Omek3arfa [...] 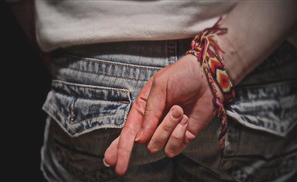 Lies We All Tell Our Egyptian Parents 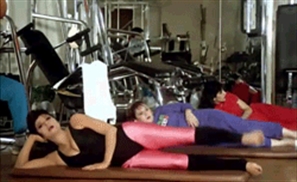 Egyptians are weird about sex. Sometimes unimaginably so. Here's a list of the [...] 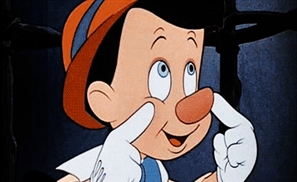 Turns out, Egyptians have a whole treasure trove of lies they tell. That's why we [...]
Week Month Year