7 Things on Every Egyptian's 2016 Christmas Wishlist

Christmas is a magical time, when dreams come true and children and adults alike believe in miracles. We Egyptians don't ask for magic this Christmas; we just want some dollarat and sokar.

2016 marks the year Egyptians realised Santa doesn't exist, but inside each and every one of us is a little child doggedly refusing to believe it and continues to hope that they’re going to wake up from this economic nightmare on Christmas morning to ginger cookies and halal eggnog. So, Santa Baby, be a dear, and think of all the money we didn’t spend and just slip the following under the tree!

You know how they say sugar is addictive? We’ve been out of sugar for months; we’re itching for our fix! Surely news that pineapples are now considered luxury imports and as such will be subject to a 60% tariff increase, has reached the North Pole, so yeah. Ok, we know that’s like another holiday entirely, like the antithesis of Christmas, but God is love and love is God we are all one, and who doesn't love some halawet el mouled!?

Also, be a good Christian and wrap our presents in 100 dollar bills. Times are hard. 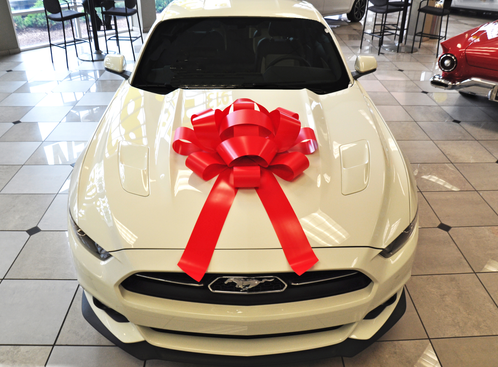 We’ll settle for anything at this point – but not, like, a Daewoo, and none of that solar electric car stuff. Ok, we hate to be the ones to break it to you – this isn’t the kind of thing they’d report in the North Pole Times, but Donald Trump, you know, from The Apprentice – incidentally, he’s been very very naughty - is the new leader of the free world, and right wing extremism is on the rise in Europe, and you’ve met Sisi, so make some calls.

The Egyptian economy works in mysterious ways, and not even being the CEO of Christmas, Inc. can begin to qualify you to work it out! We just woke up one day and instant coffee was off the table, and we're not talking about espresso here, mind you, this is the Motel 6 of coffee and even that we can't afford.

Flower Store? Coffee Shop? You Get to Have Both at Blooms & Beans

*sings You Get the Best of Both Worlds by Hannah Montana* [...]

Not be dramatic but fruit-flavoured coffee is here and our interest is piqued. [...]

Fyngan: Let’s Talk about the Coffee Upgrade of the Decade

We’re talking ‘don’t talk to me till I’ve had my single origin fresh roast cold [...]

Due to the announcement of the second wave of the Coronavirus, each church will be [...]
Week Month Year

South Africa to Return Mystery Mummy to Egypt in Early 2022

The 2000-year-old mummy was mysteriously found in a South African museum's inventory in 1910. Now it's about to return home. [...]