Previous Post
Value of Dubai-Based Yegertek Rises to $6.25M After Latest Investment
Next Post
Naguib Mahfouz's Works to Be Published as Electronic Books

The historic Bab al-Azab area at the Citadel of Cairo may soon become one of the region’s most vibrant creative hubs.

Bab al-Azab - a long-neglected historical area in the Citadel of Cairo - is about to undergo a dramatic and unprecedented transformation as the first fully-integrated and sustainable creative district in the Middle East and Africa. Think Brera Design District in Milan, or the Dubai Design District in the UAE but infused with Egyptian history and heritage. An extraordinary slice of the city in which a generation of innovative Egyptians from designers to entrepreneurs, artists to storytellers, can connect and create, can shape the future while being inspired by their powerful past.

A recently signed MoU between The Sovereign Fund of Egypt (TSFE) and BIDAYAT Misr - as overseen by the Ministry of Planning and Economic Development - will see the two parties conduct a study to determine the feasibility of restoring the area, one that will determine its future as a centre of art and design amongst its many heritage sites. But to understand why that heritage is so important, to understand how it is so integral to the transformative nature of this potential creative hub, a brief history lesson is in order.

Remember that one famous scene from Game of Thrones, before everyone collectively decided to forget about it? 'The Red Wedding'? Would you believe that a similar event directly led to the establishment of modern Egypt? In 1811, during the waning years of Mamluk rule, Muhammed Ali - who had been appointed to Egypt by the Ottoman sultan in 1805 to clean up after the French occupation - decided to establish himself as the independent leader of the country, prying it away from the Ottoman empire after nearly three centuries of rule. He invited the last of the Mamluk beys to a banquet at the Citadel of Cairo, but as they were leaving the upper Citadel, the massive gates of Bab al-Azab were locked shut before them, keeping them trapped as Muhammad Ali's regiment of fellow Albanian gunmen massacred them from above. 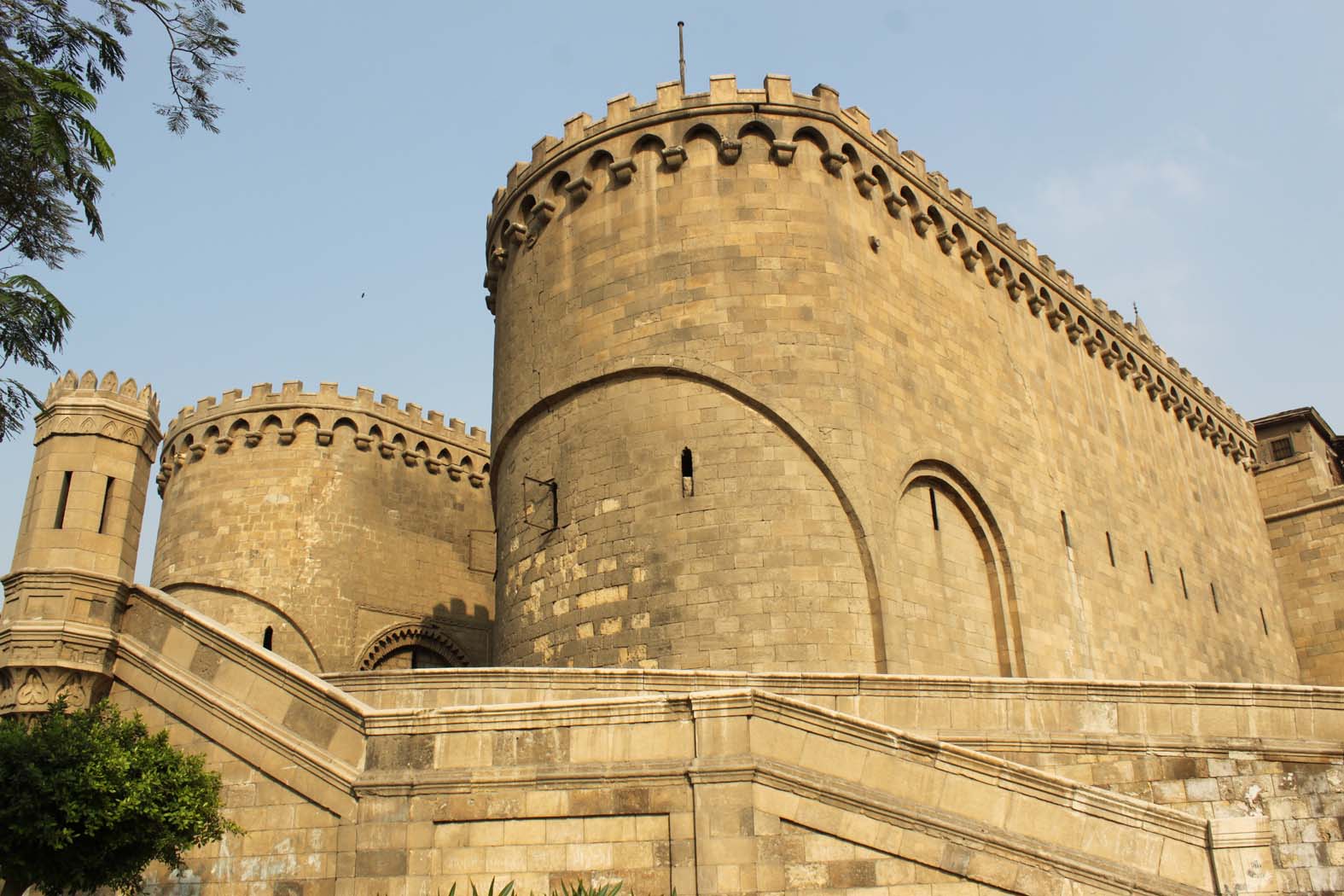 It was a gruesome scene, but also a pivotal one. At Bab al-Azab, Egypt as we know it was born. The great lower gates of the Citadel of Cairo and the district that had been attributed to it saw a lot of different uses before that point. Shortly after the Ottoman invasion arrived in Egypt in the early 16th century, the district became strongly tied to the cavalry, and was then turned into dormitories of the Azaban, irregular soldiers made up of young soldiers who were not allowed to marry (hence the name, which is Arabic for 'bachelor').

The iconic gates themselves were built in 1754, to replace an older gate while preserving its Fatimid-era design. After the French occupation under Napoleon Bonaparte at the end of the 18th century, Azaban soldiers gained many privileges, such as the permission to marry and build houses within the area. By the middle of the 19th century, Bab al-Azab had transformed into a residential district with shops and public baths, which are now considered archaeological sites alongside the Sabil-Kuttab of Abd al-Rahman Katkhuda.

By the end of the 20th century, Bab al-Azab and its many heritage sites had become neglected, with several development plans being placed on the backburner due to conflicting opinions and goals. Now, the newly-signed MoU will help Bab al-Azab leave its development limbo and move towards its new purpose as a creative hub. The study will be the latest step in a national effort to revive Bab al-Azab that began in 2020, when TSFE and the Supreme Council of Antiquities (SCA) signed a contract to develop the area. The contract dictates that the SCA will manage the historic sites, while TSFE will take care of the operations and services in the area. In doing so, it is hoped that the area will become a thriving creative hub, with fully restored and preserved heritage sites serving as an attraction to tourists and local entrepreneurs alike.

"The Bab al-Azab project aims to create a multidimensional ecosystem where creative talent and entrepreneurship can flourish and compete internationally, enabling the development of brands targeting global markets," says Dr. Hala El-Said, Minister of Planning and Economic Development. “The study will focus on the restoration and regeneration of the historic Bab al-Azab area in the Citadel to prepare it to service visitors."

Established in 2018, TSFE is a national fund that is made to attract private investors to participate in state-owned assets. Meanwhile, BIDAYAT Misr looks to invest in local companies in creative industries, allowing them to develop their products and brands to compete in international markets. "The feasibility study is being conducted by eight Egyptian and international consultancies," Ahmed Shaboury, CEO of BIDAYAT Misr, tells CairoScene. "It builds on past studies conducted over the Bab al-Azab area throughout the past two decades by Egyptian heritage experts and international organisations."

As a creative district, Bab al-Azab will take full advantage of its unique location, serving as a hub that connects its surrounding neighbourhoods, and capitalises on its resources and cache of cultural heritage. Building on the area's rich trove of history, Bab al-Azab will feature public programming and cultural activation for its community, taking inspiration from its setting while maintaining a forward-looking philosophy to engage and inspire its audience.

As a platform, Bab al-Azab will provide an enriching array of offerings, including artist studios and workshops, exhibitions and tech hubs, and a range of restaurants and cafes.

With all these elements in place, Bab al-Azab may once again serve as a transformative site for Egypt, this time as a place where Egyptian creativity can be revived, developed and finally presented to the global scene.

Family-Run Bkerzay is an Immersive Retreat in the Lebanese Countryside

Built in the traditional Lebanese style, the retreat is an inviting place to stand [...]

The University of Oxford's Bodleian Libraries is playing host to a new exhibition, [...]

We joined the final day of the Alamein Robotics Championship to check out a robot [...]

The Goethe Medal is considered Germany's most important award when it comes to [...]
RELATED ARTICLES

Cairo Citadel’s Soaring Aqueducts Are Getting a Facelift

The Mamluk-era aqueducts are getting a full power wash thanks to the General [...]