Previous Post
This Egyptian Jewellery Brand is Inspired by a Multicultural Lifestyle
Next Post
A Cheat Sheet to B.I.D Properties' 'Gouna Trip for Two' Competition

Is it the Right Time for a Conversation About Animal Welfare in Egypt?

It is no secret that Egypt has bore witness to a number of animal abuse cases over the past few years and while there has been a rise in animal shelters, rescuers and non-profit organizations, the question remains, is it the right time for these conversations concerning animal welfare? 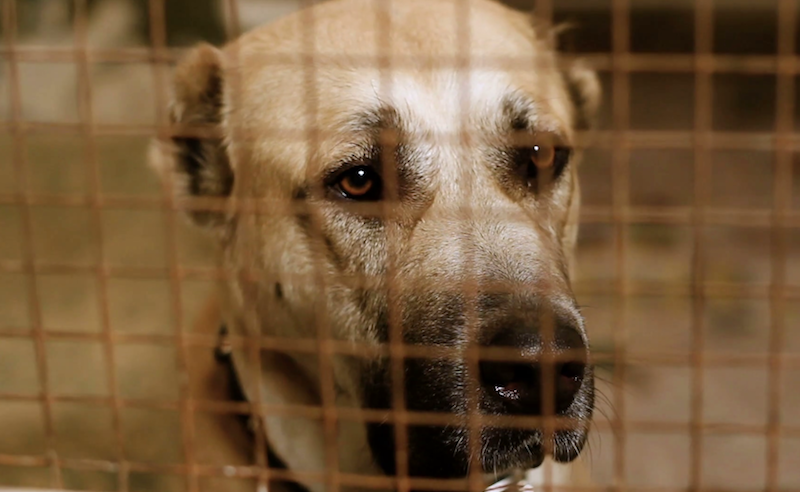 History bares witness to the high esteem in which animals were held in Ancient Egypt. Known for domesticating different breeds – including dogs and monkeys – the Ancient Egyptian civilization venerated cats granting them high positions and often representing them as goddesses. Modern Egypt however, ranks on the bottom of the scale in relation to animal welfare as reported by the World Animal Protection. It could be speculated that the underlying cause of the problem is due to a lack of education and limited to a certain social class or that it is a trait inbred within Egyptian social culture. Whatever the root of the issue, over the past 10 years, there has been a rise in the number of animal rights activists, shelters and rescuers battling animal abuse. However, minimal improvement in ways of animal welfare begs the question to what end are these activists working for? And is it the right time, if any, to tackle animal welfare?

“It has nothing to do with poverty. It’s how Egyptian kids are brought up. They’re aggressive and in part it's ignorance. It’s hasn’t got to do with social class," muses Amina Abaza, founder of the Society for the Protection of Animal Rights in Egypt (SPARE) and Egyptian Ambassador for World Animal Day.

Abaza - who has been in the field of animal activism for 15 years - opened SPARE in 2001 and closed the shelter recently, partly due to neglect on the part of the caregivers hired for the animals (the organization, however, is still functioning). A number of workers hired to work in shelters come from backgrounds wherein they’re not accustomed to having animals as companions, having mainly dealt with street dogs; which are regarded warily in Egypt.

If I ever tell someone I defended a donkey, they’ll call me a donkey! Hatzaf.

Hag Mahmoud - who’s been the bawab protecting one of Zamalek’s many dog-friendly buildings for over 10 years - is someone who’s caught between both sides of the spectrum, having grown accustomed to the socialites of Zamalek as well as other communities from lower socio-economic classes.

"It’s just the way people treat each other. It's not about class. But it is to be said, that while I disagree with it, what do you expect? Egyptians don’t even care for their own streets. They throw garbage everywhere and treat each other badly. Sure I feel for the animals, but of course I’d help my fellow man first.”

Yehia Abdullah*, esteemed commercial lawyer, finds the underlying animal cruelty cases in Egypt to be embedded in the social etiquette and upbringing. Abdullah is skeptical of the hypothetical scenario where he’d have to defend an animal, stating "that people would make fun of me. If I ever tell someone I defended a donkey, they’ll call me a donkey! Hatzaf.”

Relating it to the upbringing of children in Egypt, he believes the solution should be started there by raising awareness.

"It’s the way children are raised here. When you want to insult someone you call them ebn kalb or “donkey” so the kids grow up with this negative association to animals. There are animal rights and laws here. They're just not practiced," says Abdullah. 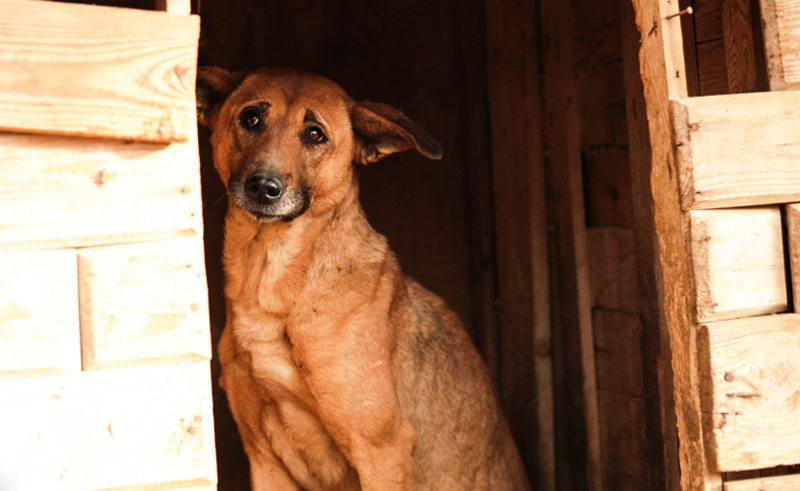 Uber Driver Hassan Mahmoud who doesn't share the same opinion, links the root of  the problem to poverty stating that "we should give charity to human beings first and then we can move onto animals".

"El bane2admeen awla. Of course you shouldn’t harm animals. A lot of people do it out of fear from the street dogs or they have phobias or some simply just don’t like that they’re so noisy. Very few people care about animal welfare, they're busy worrying about other things, their kids, their livelyhood. They don't have time for that.”

“El ra7ma mabetetgaza2ash” is the motto that most of the animal rights activists, rescuers and shelter owners respond with, having heard the same argument placing humans above their feline, canine and all their four-legged counterparts in Egypt.

“The conversation about animal welfare has to start from now. 70% of the cases we get are leg amputees and handicapped animals and 30% is mange, neglect or those who get thrown out,” explains Ahmed Shorbagy, founder of Hope Rescue Center which specialises in the rescue, rehabilitation and rehoming of baladi dogs. “A dog that has mange is the first one that gets bullied by the kids. In Egypt, we’ve reached a point where we’re not asking people to feed or adopt these animals, we just want them to leave them alone. Don’t torture them, don’t poison them. Just let them be. El ra7ma mabetetgaza2ash w malhash aw2at." 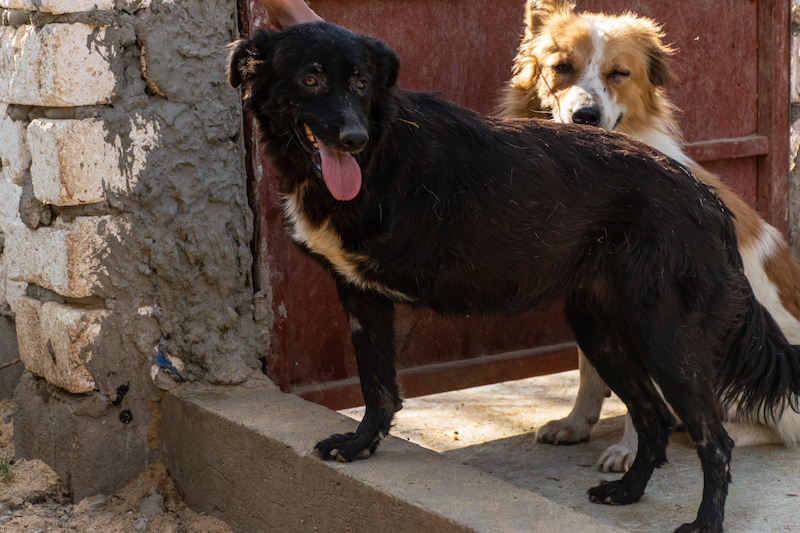 Many of Egypt's shelters are more interested in the prospect of having their baladi dogs adopted by Europeans and Westerners rather than by their own nationals. Hanan Deebes, co-founder of the Animal Protection foundation explains that “we don’t usually prefer them to be taken in by Egyptian adopters because they end up being neglected and we end up taking the dog back. It’s the ugly truth."

Mercy is a recurring theme in both holy religions, Christianity and Islam. Islam itself preaches acts of kindness towards animals through exemplary stories present throughout the religion's texts. Ahmed Abdel El Mahdy Abdel Kader -  son of Azhar professor Dr. Abdel Mahdy Abdel Kader – is currently preparing his master's thesis in Al Azhar, and has a library of stories negating animal cruelty and encouraging mercy towards both animals and human beings.

“Animals have feelings. To love animals is part of our religion. God never told people who fed a dog, you should feed a human instead. You should feed both. When the Quran mentions donkeys and horses, it is said these animals are wazeena. These animals are to be of service to human beings and they should be treated well and not harmed in any way.”

The fight for animal welfare has to be now and it needs to start with the school curriculums because a lot of the cases are kids abusing these animals.

According to Abdel Kader, Islam is filled with stories touching on the proper treatment of animals.

“There are a lot of stories about animals in the Quran. And they all speak of being merciful towards animals. The story of the woman who was punished for mistreating a cat and the man who was rewarded for feeding a dog are but a few of the examples present in the religion. It's not right the way the butchers do it. But they're in a rush, because they wants to get as many customers as possible. They're not focused but it's not right."

According to a report by SPARE, a research conducted in 2008 showed that there were 1 million working donkeys in Egypt. Founder and chairwoman of The Egyptian Society for defending Animal right (ESDAR), Salwa Abdo fights for the mistreated animals, especially the donkeys and the horses that usually take up the role of pulling overloaded fruit and garbage carts around the country. The response she’s gotten most of the time when confronting those who abuse these animals was “this is how the donkey moves, he’s mine and I know better." 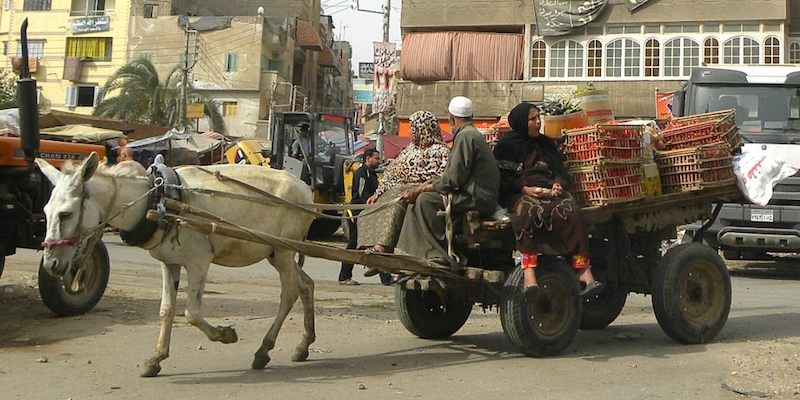 "They hurt the donkey somewhere on his body so they can hit him on the wound to make him run” says an appalled Abdo. “The fight for animal welfare has to be now and it needs to start with the school curriculums because a lot of the cases are kids abusing these animals. In the poorer areas, I’ve found that most of the cases are kids. But it’s not limited to class because a lot of the incidents we get are from the richer areas in Egypt.”

Mona Khalil, vice chairwoman of the Egyptian Federation of Animal Welfare in Egypt and chairwoman of Egypt Society of Mercy to Animals (ESMA) agrees in that it needs to start in the educational system as well as other areas.

"A lot of the abuse stems from kids practicing what they see at home. They get beaten by their parents and so they take it out on weaker species; animals. We need to start from scratch. Some of the areas we need to tackle are education on a school level, education on a religious level and more media exposure.”

Dr. Taher Kamal, a doctor at the Zamalek Veterinary clinic - who has treated several cases of cats and dogs that have been run over by cars and left for dead - believes that the education should start on the streets.

"Usually it's not the ones that run them over who bring them in. It's someone else. The proper treatment of animals shouldn't just be spread on social media, but on the streets as well where most of these cases happen." 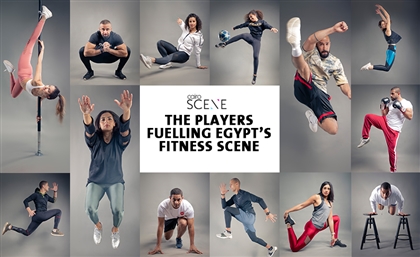 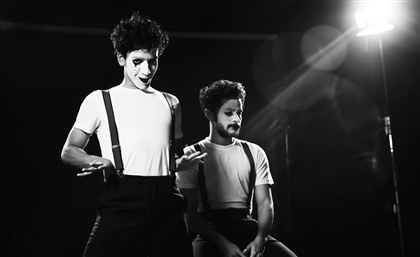 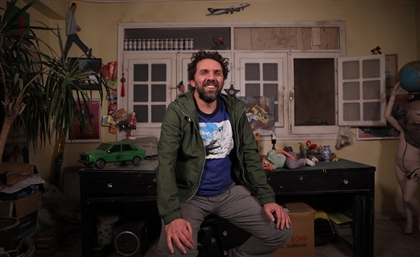 Hany Rashed's surrealist work has been exhibited in galleries all over Europe as [...] 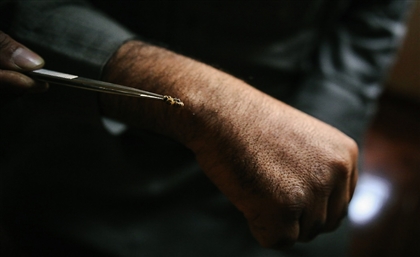 The King of Sting: Meet the Man Healing Egyptians with Bee Venom

Over the span of five years, Omar Aboul Hassan has gathered a cult-following for [...]
RELATED ARTICLES 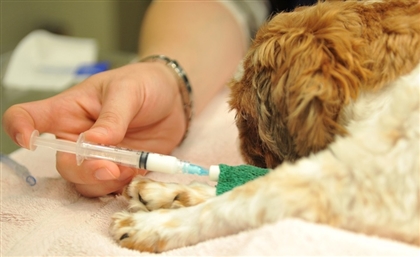 Is euthanising an animal in excrutiating pain and with no hope for survival a [...]