Hit Harassers Where it Hurts

A new joint initiative by anti-sexual harassment groups sees a new way of teaching how to stand up for themselves and kick some serious ass when it comes to tacking abuse. Conor Sheils finds out more... 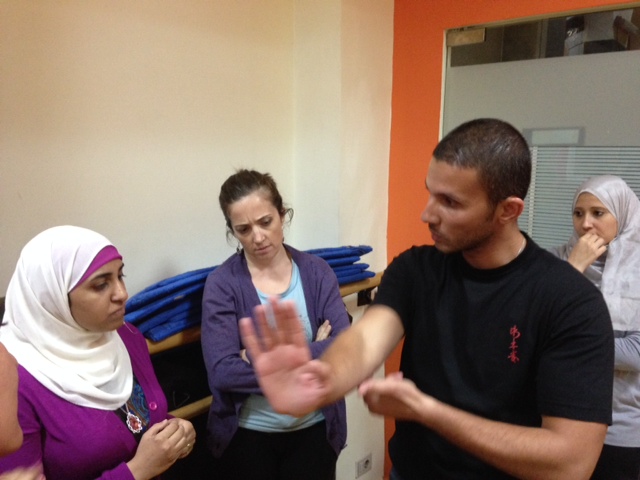 Sexual harassers of Cairo watch out because a brand new initiative is set to literally punch you in the nads. Dignity without Borders has teamed up with Shoft Taharosh (I Saw Harassment) to set up the 'Fight Back' self-defense scheme in Maadi, in an effort to hit harassers where it hurts.

WingTsun - an ancient Chinese martial art designed to inflict maximum pain - instructor Hesham Zaki speaks candidly about the reasons behind the move. "I originally contacted Dignity without Borders because we wanted to show people that this martial art could be used by women to defend themselves on the streets. It is an absolute necessity that this happens given the current situation in Egypt."

Egypt was named the worst country for women's rights in the Arab world by Thomson Reuters last year. "Traditionally Egyptian society has always said that martial arts are for men but we wanted to change this. If you find yourself in a situation where you are forced into an interaction of this nature then you can use these skills to defend yourself against these cowardly attacks," says Zaki.

The first self-defense session took place on May 20th at Samia Allouba Fitness Centre. Dignity without Borders activist Zeinab Sabet claims the ongoing iniative will pack enough punch to tackle sexual violence on Egypt's streets. "The first session was a huge success and we were really happy with the level of participation from all levels of society."We are planning to hold future events in partnership with shofttaharosh (I saw harassment) and we are reaching out to other groups which also share our ideals in the hope of working together to hit harassment where it hurts."

Dignity Without Borders is an independent, non-political and non-partisan group of women and men dedicated to ending sexual violence through securing women’s rights and promoting equality in Egypt.

Speaking about the first session Sabet told CairoScene: "It focused on WingTsun martial arts, with the aim to help women defend themselves and inflict the most damage possible on aggressors. Trainees were taught to re-establish the long lost connection between their mind and their body so that in an emergency, the body will react exactly upon brain commands. The session was twofold, first Captain Hesham addressed the psychological, theoretical and neurological aspects of martial arts definitions; while the second part totally focused on the practicality."

Meanwhile, Zaki added: "We're not sure know how the classes will run as of yet - whether it will be a series of one off events or an ongoing course. Martial arts is not a joke, you need time to learn and practice the skills. Nobody on earth can learn a martial art overnight."

Providing a uniuely male perspective on the problem of harassment Zaki claims that Egypt needs a three-fold approach to tackle the move. "There are three things which I believe would help solve the problem of harrassment in Egypt. Firstly law enforcement needs to be handled better. Secondly, education; children need to be told from an early age that this is wrong and completely acceptable. Thirdly, society needs to change so that if people see this happening to a woman in the street, they need to step in rather than just standing idly by. Sexual harrassment is a chronic social disease in Egypt and we need to do whatever can to stamp it out."

The next Fight Back event is due to be held in the coming weeks. Stay tuned to Dignity Without Borders' Facebook to find out more. 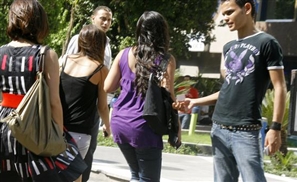 A three minute clip of young Egyptian boys explaining why they sexually harass [...] 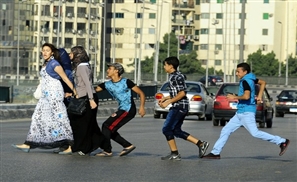 A shocking video has been released by the UN, putting viewers in the shoes of an [...]
Week Month Year