How (Not) To Judge Paper Planes

After years of honing his skills, Timmy Mowafi was finally called upon to judge Egypt's first paper plane throwing contest. What could go wrong? 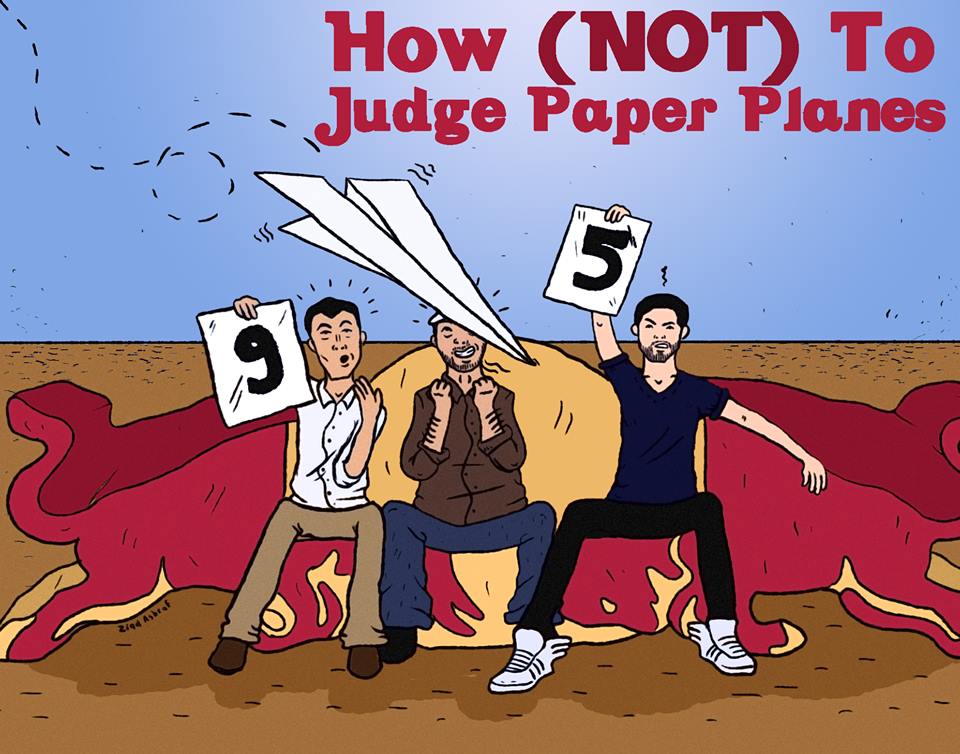 Roughly two years ago, I got the call I had been waiting for almost all my life. I was asked to judge a paper plane competition.

I spent years living on the corniche in Giza, honing my paper plane skills relentlessly every night, perfecting the exact angles, folds and precise measurements, watching as those striking specs of bored classroom technology fly majestically through the air, sometimes swooping all the way to kobry gamaa, sometimes twirling around like a suicidal dervish and landing right back on my balcony, and finally, someone had recognised my God-given abilities and called me up to rule the roost on Egypt’s brightest paper plane making talents!

It was Red Bull's paper wings competition that was set to take place at AUC and the winner of which was to win a trip to Austria to compete in the world championships. The fate of these little losers was in my hands and it was fate that I was making a return to an institution previously shunned from. It was a message to all those professors who didn’t believe in me: yes, maybe I didn’t hand anything in because I didn’t understand how to use Blackboard but look at me now! CELEBRITY judge of a paper plane competition. Fuck you.

I arrived at the university and awaited a brief on the contestants, the parameters and qualifications for assessment, as well as my rider consisting of two bottles of vodka, to go with the Red Bull and my own trailer. As one of Egypt’s greatest paper plane proprietors, it was the least they could do. Instead I was greeted by a member of the Red Bull team: “Who are you? What do you do?”

There must be some kind of mistake, I called the office. “No, Timmy, you weren’t chosen because you are revered in the world of paper planes, it’s because they couldn’t find anyone last minute and needed someone to do some Tweets.”

I realised this wasn’t the sensational X-Factor-For-Paper-Planes event I had suspected. TENS of speckled faces students huddled across the huge empty gymnasium, spending their Saturday afternoon playing with paper. When I was that age, I used to spend my weekends getting drunk and chasing girls, and look at me now, unknown judge of a paper plane competition! Fuck me.

None the less, I put my ego aside and sat down beside my fellow judges as the Simon Cowell of paper planes. I was to judge the creativity of the contestants planes, whilst the professional comedian sitting next to me was to judge the performance and practice his Arabic stand-up on me in between (which I didn’t understand), and an actual Egypt Air pilot who was to judge aerodynamics and brood into the distance, confused as to how is life ended up there.

Despite the less than glamorous set up, I was looking forward to seeing what crazy inventions these kids came up with but again, I was thoroughly disappointed. Contestant after contestant fumbled their way through a performance lacking any sort of charisma or paper plane making talent, and I let them know.

I dare you to find anyone more appropriately dressed to judge a paper plane competition.

“I wish the Wright Brothers hadn’t invented the aeroplane. I wish the Egyptians didn’t invent paper, because then I would never have had to have seen this.”

“Did you get help from your mum?”

“Yes, it’s a piece of fucking paper. What do you want?”

As far as creativity goes, they were all pretty much just pieces of fucking paper so no one manage to exceed a score of 5 on my end. The Egypt Air pilot was pretty generous with his scores but, then again, in comparison to Egypt Air planes, these ones were phenomenal.

On the bright side was the a hot little Red Bull usher dressed as a stewardess for the day. Now I’m not particularly into cosplay, but the fantasy does have some appeal. Unfortunately, I fly Egypt Air which means all the stewardesses look like Madame Tuessude’s creations - you know, with the bright pink lipstick and industrial amounts of makeup that only barely cover their moustaches - so I took the opportunity to flirt a little in between judging and patiently waited until the end of the competition so I could see if she would possibly like to have a go on my paper plane.

Finally, the last contestant stepped up, he threw what looked like a fucking piece of paper into the air and I had my 5 score ready. Then, all of a sudden, he started doing some weird 2-step dancing; the plane had already hit the ground, but he continued to make his way through an impromptu break-dance routine until eventually picking up the plane from the floor as if he had caught it. Brilliant. Standing ovation, and a 10 score.

The competition finished, I was handed a whole complimentary case of Red Bull and searched for my new stewardess friend but alas, it’s the winner of a paper plane making competition and not the judge, to which the spoils go. She walked off with the hottest new talent in the world of paper planes, and I was left on the bleachers alone, nursing a Red Bull in the AUC gymnasium on a Saturday afternoon.

I haven’t been able to touch paper since. Or go on a plane. 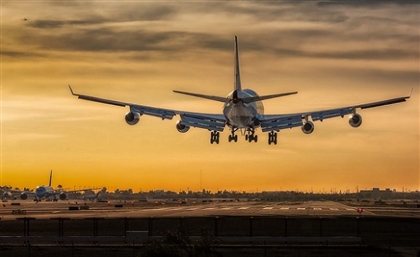 If everything goes according to plan, there should be trains linking to the [...]