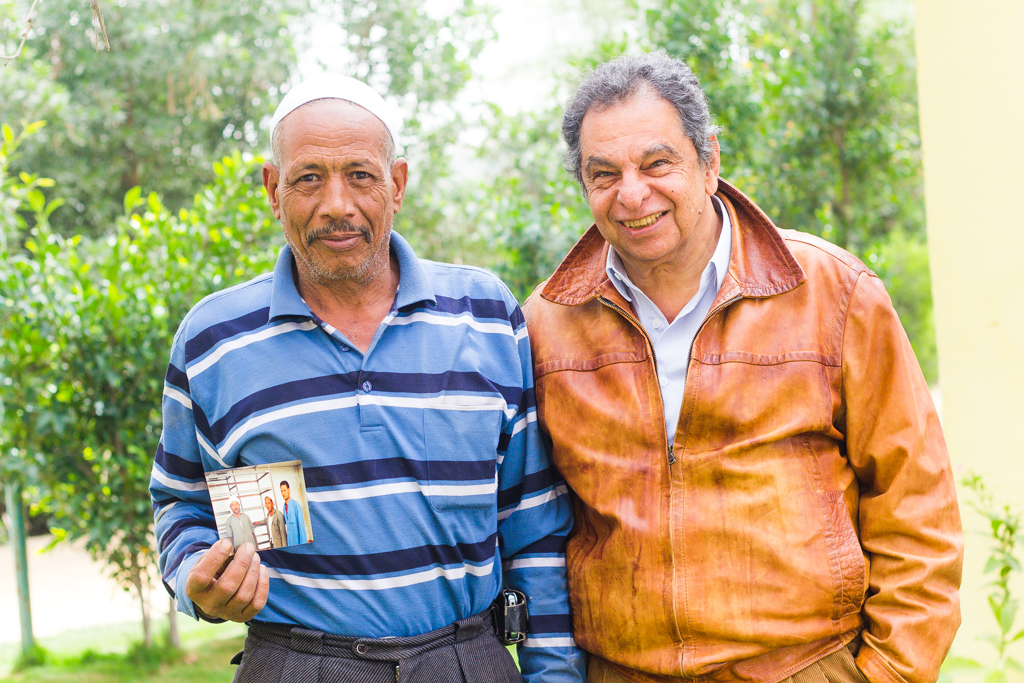 No matter how hard I try to deny it, I must begrudgingly admit that I am a paranoid man attempting to live a healthy life in Cairo. For the longest time I feared Egyptian food, constantly asking questions like: Is this clean? Is any of the food we eat ever inspected or properly certified as safe to eat? Am I doomed to a life of loose stool? After being lied to by many fruit and vegetable vendors, I decided to embark on a mission to discover a local certified organic farm in Egypt.  What I thought would be an impossible search proved to be bountiful when I fortunately stumbled upon Makar Farms. Instantly enticed, I contacted the farm and set up an Interview with the owner, Mounir Makar, who was generous enough to take me around the farm and tell me about the family legacy.

After spending a couple of hours lost in Giza, driving along the narrow Saqqara road, I was eventually found by an employee who guided me to the farm. Upon my arrival I was completely taken aback, as my eyes struggled to capture all the picturesque colours, while my lungs rejoiced at the chance to inhale clean air. Under a vine-covered gazebo, I sat with Mounir Makar as he told me a tale that begins over 100 years ago. “We have had this property since 1880,” Makar proudly proclaims. The farm that was started by his grandfather was your typical traditional Egyptian farm, one that would eventually be transformed by his nature-defiant, French-educated father named George. Makar explains, “When he came back to Egypt in the late 30s he tried to systematically introduce crops that he had enjoyed in Europe, although the conditions of growth and temperature in Egypt were vastly different. He began by growing fruits, specifically plums. He made a fantastic revolution as far as fruits were concerned.”

At the time, no one had attempted to grow plums, as typically they are grown during the spring season – a time that unfortunately coincides with the Khamaseen, a period of high hot winds that often destroy vegetation. Ingeniously, George was able to bypass this problem by learning how to provoke an artificial spring in the plants, months before Khamaseen, allowing them to flourish enough to survive the harsh conditions. For a period, Makar Farms was the exclusive supplier of plums in Egypt, but eventually Makar divulged that “the secret became known, and my father decided to make a change and went into vegetables.”

The then-minister of agriculture released a guide to farming in Egypt, the last chapter of which listed all of the crops that could never be grown in Egypt. Using that as his guide, George defiantly set out to prove the book wrong by learning how to control the factors that nurture growth. The first two vegetables on Makar Farms re-introduction list had its roots in Pharaonic Egypt, but were long forgotten as native vegetables in Oum el Donia’s kitchen; Asparagus and Endive. “The definition of asparagus is ‘plant of Egyptian origin’ the ancient Egyptians grew it, and if you go to the Karnak Temple you can see depictions of the Pharaoh offering the gods asparagus.” I was entranced by Makar’s comforting baritone as he continued to unravel the web of his family’s history, one closely intertwined with the fluctuations of Egypt’s agricultural history. Mounir, seeming ever wiser with every offshoot story, confidently informs me that “endives were grown during Touba, the coldest month of the year in the Pharaonic calendar.” After spending years adapting the plant to Egypt, Makar Farms were the first to successfully cultivate these two historic plant varieties.

The family farm was passed on to Mounir Makar during the early days of expansion beyond the unprotected outdoor soil and into a climate-controlled environment where Makar Farms hydroponically grows their vegetables. With the ability to successfully grow vegetables not widely available or understood in the Egyptian market, he set out to find an avenue to sell Makar’s rare local crops.

Makar Farms found itself surviving a hostile market on the backs of major international hotels in Egypt that were looking to supply international chefs with the finest local products. With a legacy spanning three generations, it was understood that Makar Farms consistently produces the best local vegetables in Egypt. Makar’s father may have been an agricultural pioneer, but the challenges he faced were entirely different than the challenges he had to take on. Learning how to plant vegetables that are uncommon to the region is one thing, finding and educating the market is another.

Our meticulous tour of the premises had us entering a variety of greenhouses with various stages of growth, varying climates, colours, and a remarkable levelness that stretched the entire length of each greenhouse. I felt as if he was taking me on the same tour he took with the inspectors from the USDA and CERES, who would eventually certify Makar Farms as completely organic. “It was a huge hassle they put me through analysing everything . It took me two years and cost a lot of money… I had to develop tricks to catch insects. I used this female hormone that attracts males into thinking they are going to have a party, but end up dying in soap and water. The other trick is to use an electrical zapper.”  Makar continued explaining his tricks as he showed me consistently healthy root structures and clean oxygenated water supply.

Aside from obtaining international organic certification, Mounir  Makar continues the Makar family tradition of introducing new crops to Egypt. “Recently I got some plants smuggled from Uruguay to Paris to Cairo that I am very excited about having it. Grown in the jungles of Central America, Stevia is a plant that has the exact taste of sugar and is set replace aspartame, the terribly unhealthy artificial sweetener found in diet soda drink products.” Mounir insists I try the leaf from the plant, and instantly my tastes buds were overwhelmed with a natural, bitter sweetness that was identical to the taste of artificial sweeteners.  With all the studies and theories floating around the internet about aspartame’s deadly effects, Stevia seems destined to be a very profitable crop. Considering what it took to make the trip to Egypt, it is safe to say that Makar Farms is the only farm currently growing it. Its value may not be understood quite yet, but farming is a lot like the market; it’s all about patience and it is hard to picture a future without this plant being in high demand.

Spending the afternoon with Makar, I learnt a lot about the farm’s legacy. I was overwhelmed by the amount of progress and adaptation one family could accomplish surviving a century of Egyptian history filled with wars, revolutions, and controversial presidents. Though the restaurant and hotel industries, big clients of Makar, are suffering from the current political climate, the real future of Makar farms lies in its innovative ‘Best of the Week’ basket which can be ordered easily by messaging their Facebook page. At an affordable hundred pounds, I was able to get a diverse array of local, pesticide-free produce ranging from baby zucchini, kale and mixed greens, fresh from the farm straight to my door.  With Cairo’s burgeoning community of health-conscious foodies, fearing anything and everything that could be cancerous, organic produce is in demand that has been met by Makar Farms. The global food trends continue to lean towards local, seasonal produce, and luckily, despite the chaos in Cairo, Makar Farms is there to surpass our gastronomical expectations.

Find out more about Makar Farms on their Facebook page here. 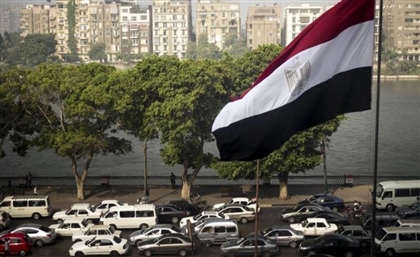 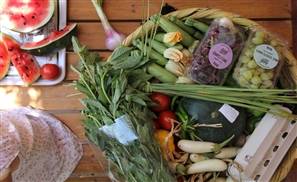 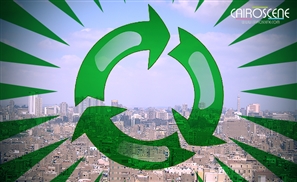 Egypt doesn’t exactly have the reputation of being environmentally-friendly, let [...] 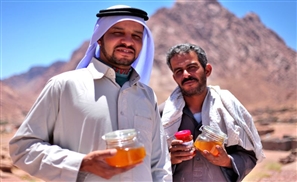