A brand new cooking show concept sees Fatafeat favourites Andrew Mitchell and Darine Khatib make dishes that you can cook along with in real time. We talk to the dynamic duo to find out more about Sawa Bil Matbakh... 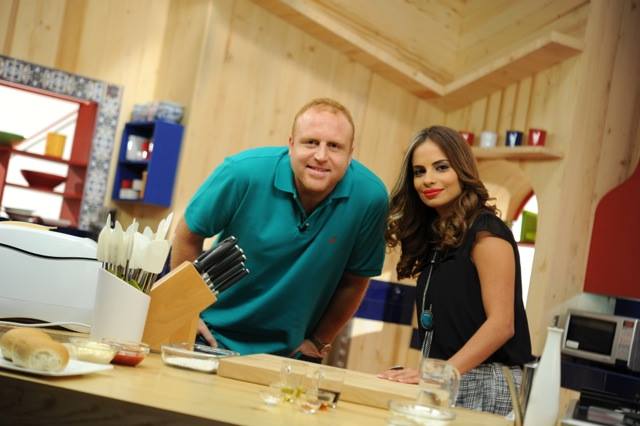 Often, the best things about watching cooking shows is simply ogling at the delicious food, knowing that you will never actually be able to make the same dish yourself. It’s the same reason you watch Cribs. You know it’s likely you’re not going to live in a mansion with a swimming pool in your living room and a guest house for your chiwawa, but it’s nice to fantasise about. Two eggs, a pound of sugar and a sieve never seem to make the glazed crostini with chicken liver paté and onions that these culinary TV shows promise at the beginning of a show and, half way through, it’s like they sprinkle a spoonful of magic dust on their fledgling meal and voila! Thankfully Sawa Bil Matbakh (Let’s Cook Together), a new show on Fatafeat featuring the Middle East’s favourite TV chef Andrew Mitchell, and Darine Khatib, is hoping to reveal the magic behind cooking some sumptuous dishes at home with a unique, new programme format. A week before each episode, viewers can check out a shopping list of ingredients on the Fatafeat website that will be used to cook specific dishes on air and best of all nothing is replaced or cooked in advance before the show. Throughout the hour show, Andrew will cook different recipes in real time and Darine will follow along cooking the same dish, asking the questions that viewers are most likely to wonder about. We had a chat with the two presenters to find out more about their dynamic Sawa Bil Matbakh…

Does having to speak Arabic make you cook worse?

Andrew: No actually it makes me cook even better because my Arabic is so awful that the food has to be awesome to make up for it!

How many takes did it take to make the promo?

Both: A few each, but not that many. We've been working together for years now so things are quite natural.

What kind of dishes can we expect to be cooked on the show?

Both: Basically dishes that can be ready in one hour. Everyday sort of meals with three to four recipes in each episode that compliment each other. The concept of the show is real time cooking with everything done in an hour… no cheating!

Will it be accessible dishes any one can cook or will they be more gourmet?

Both: Accessible dishes that we hope anyone can cook. We even suggest substitutes for many of the ingredients so that no matter which country the viewer lives in they feel that they can follow and also create with their own special touch.

Are you guys dating?

Andrew: Oh come on, please, we are married with seven children and an eighth on the way! Hahahahaha, no, no, no, we are just good friends who have been working together on these shows for six years.

What do you think of the average Egyptian cook?

Andrew: We think that since the launch of Fatafeat (the first food channel ever in the Middle East) it has helped the average cook become much more experienced in the kitchen, and has made exploring difference recipes much more enjoyable.

Darine: That being said we also find that the average Egyptian cook is becoming more creative than ever and we look forward to seeing more and more people getting in to the kitchen to try new things or show us traditional recipes done in different ways.

Is there a way people can get feedback from you for the dishes they copy from the show?

Both: Yes, because the concept of the show is to cook together in real time and we mention in every episode that we would like to see how their dishes turned out. To do so they can post pictures on the Fatafeat Facebook page or Twitter and use the hashtag #sawabilmatbakh. It gives us the chance to interact with the viewers and answer any questions.

If someone's dish turns out terrible will they be re-reimbursed for their ingredients?

Andrew: Hahaha, obviously not! Unfortunately it doesn't work like that. But it would be nice if it did. Our recipes are all tested and if the steps are followed properly then you should end up with the same results, that’s why Darine is there to cook along with me to prove that anyone can cook the recipes and get the same results. 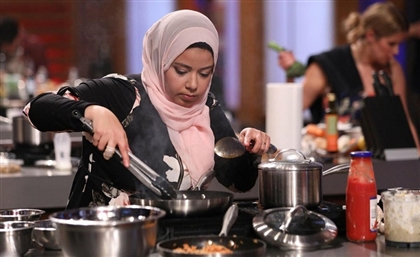 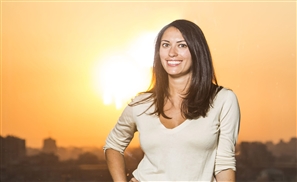 Ahead of her culinary adventures at Cairo Capital Club, we talk with Chef Julia El [...] 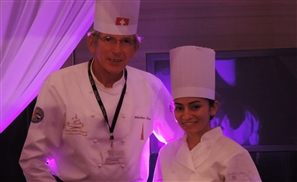 We sit down with the founder of the Egyptian Chefs Association to find out more [...]
Week Month Year