The Good, the Bad & the Douglas

Everyone in Egypt knows the Douglas goatee. But who is Douglas? After some extensive research into this quirky Americanism, Eihab Boraie finds some surprising answers and takes us through other examples of Hollywood’s influence on Egyptian society. 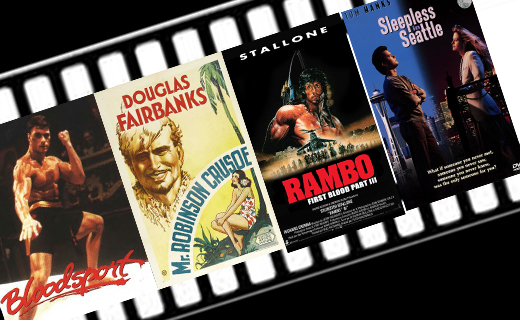 Whether Egyptians like to admit or not, we, as a society like any other, are influenced by Hollywood movies. Sometimes this influence is noticeable and at other times it is buried deep in the Egyptian collective psyche.

Sylvester Stallone, for one, has heavily influenced Egyptian culture. After the release of Rambo it seemed like every group had a friend who wanted to trade in their nickname of Mido for Rambo. You might remember seeing these Rambos who, more often than not, were the loose cannon of the group and believed they could beat up anyone, spotting with their mates. Unfortunately for them, they were usually the ones who ended up with their ass beat. Who knows? Rambo may have even inspired many an extremist into thinking that they alone could take on an army. I don't know many extremists so I can't say that with any certainty.

Another example is that of Jean-Claude Van Damme. Back in the day when VHS rental shops were on every corner, it seemed that all of them carried every Van Damme movie ever made. From the moment that leg was broken, exposing bone, in the movie Blood Sport, Egyptians were hooked. So much so that many were inspired to learn martial arts at their local sports clubs, even though Van Damme was a dancer, not a fighter.

Meg Ryan, when she was Sleepless in Seattle, seemed to strike a chord with Egyptian women. Often deprived of sleep and always looking for love, many women started dying their hair blonde. She also made it cool to look for love online, when she starred You've Got Mail. Sure, she just ended up finding Tom Hanks both times, but still, the influence is there.

The longest lasting case of Hollywood influence, however, comes out of any barbershop you visit in Egypt. Any time you want a goatee in this country. you simply ask for The Douglas. Confused, I spent years asking barbers who this Douglas was. The answer is usually that they have no idea and that for as long as they can remember, the goatee is simply known as The Douglas.

Some suggested it was Michael Douglas, and for a long time I though that was it, but it never made sense to me. Michael Douglas hasn't been around forever and the only movie I found with him sporting a goatee was 1997’s The Game. That doesn't seem like an old enough movie for every barbershop to adopt the name.

I was very close to giving up searching the origins of the name, when finally, an old barber who had no idea who Michael Douglas was, gave me a few clues to help with my search. He remembers there being some American or possibly Italian connection. Struggling to remember, he tells me that Mr. Douglas was so famous, they made a movie named after him a long time ago.

I took these clues and began looking online for an answer. After hours of searching I couldn't find a single movie named Mr. Douglas. I modified my search and with a bit of luck, found out that the first Hollywood premier EVER was at the now-legendary Egyptian Theatre. The film was Robin Hood and the lead actor was a man called Douglas Fairbanks… sporting a goatee. This was the eureka moment. As I looked into his career, I noticed that he starred in classics like Thieves of Baghdad and, more interestingly, the 1932 Mr. Robinson Crusoe, which showcased his goatee on the original movie poster. For me, that was all the connection I would need to close the case.

No one can deny the influence that Hollywood has had on Egypt but you only need to look at the plethora of movies about mummies and pharaohs to realise that Egypt has been influencing the world for the past seven millennia. During my search for The Douglas, I even found out that Fairbanks visited Cairo for a week in 1929, as part of a round-the-world trip with his wife. Could the goatee be an Egyptian invention after all? 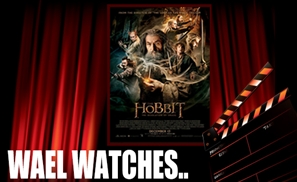 The Desolation of Smaug

The second installment in the Hobbit trilogy is well worth the wait, as resident [...] 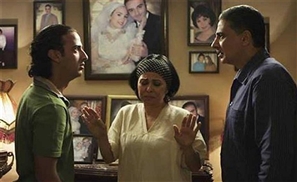 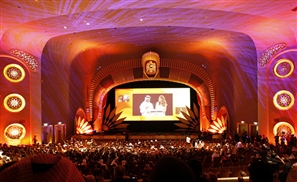