It’s been a hot minute since we last saw the presence of The Grid within the scene, due to the unfortunate circumstances COVID unleashed upon the world. Following up the Grid’s Boiler Room showcase in Dubai, the electric party provider had plans to expand across six Middle Eastern countries in an attempt to bridge the gap between different music scenes from each country until the pandemic hit. Two years later, however, the Grid is making a powerful comeback with back-to-back parties on the 18th of March in Egypt, at the Hilton’s King Ranch near Alexandria, and at the prestigious Ballroom Blitz in Beirut on the 19th of March.

Founder of The Grid and resident DJ, Egypt’s Madlou, has a vigorous drive that advocates for authenticity in the rave experiences he offers. For the past ten years, he’s been touring and spinning the decks in various notable festivals such as Burning Man, Afrika Burn, and Amsterdam Dance Festival on multiple separate occasions. What’s special about Madlou’s mindset is that he focuses on, and actually studies, the differences between festivals, looking under the microscope to identify even the smallest details, and thinking up ideas to make them better. Madlou told SceneNoise, “It became a passion bordering on obsession studying those scenes. I hope our team can contribute to making a difference; it’s always been about that.” After absorbing all these studied details and information on festival-organising, Madlou and his team have been implementing these ideas in his showcases, in the hopes of offering the best partying experience possible. 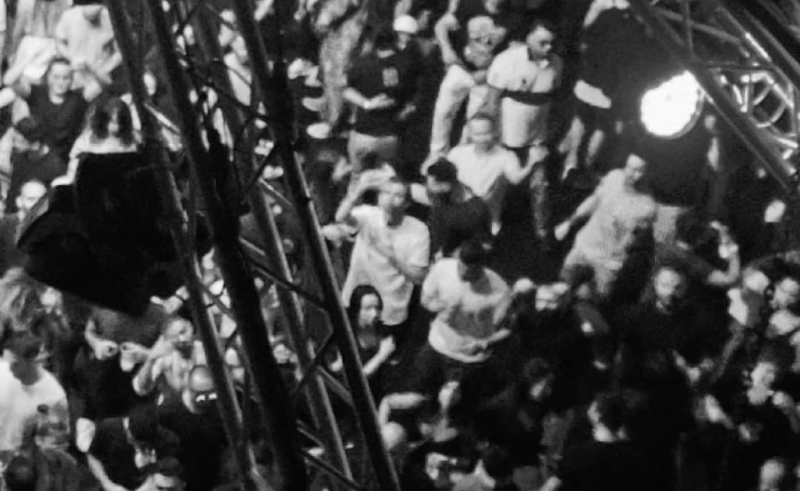 Besides featuring different elements of sound and audio-visual technology with each city, The Grid are set to launch their very own NFT collection of “designs of art portraying dance music icons, ranging from artists to festivals, through a creative dystopian flair”, Madlou told SceneNoise. Their NFTs will launch on either Ethereum or Solana Network, the owners of which will enjoy privileges varying from lifetime The Grid membership to exclusive access to global events and festivals in the real world, hoping they would do the same in the metaverse. Madlou stated that the team will reveal the full road map soon, and that samples of the NFTs are expected to be sold as physical art in the Egyptian and Lebanese launch.

When asked about the choice of launching in Alexandria and not Cairo, the country’s capital and centralized hub of the music scene, Madlou stated, “The scene in Alexandria is actually quite vibrant. Below the silent surface, the scene is bubbling and waiting for something to bring this all together. Alexandria has a music scene, it’s a very art oriented city, and based on our market research during the last eight months of preparation for the show, we felt the city was ready for this.”

After a hiatus of three years, The Grid is going all out with consecutive events, focusing on serving an immersive experience music enthusiasts will be raving in and about for years to come.

Book your tickets via https://www.qube.world/events/659/book

Irsh releases the second track off their much anticipated VA album. [...]
RELATED ARTICLES

One of Egypt’s stars production/DJ stars-in-the-making comes through with another [...]

When life gives you lemons, ask for a table and eat there. [...]