As she continues to pioneer a distinct sound testing new frequencies in musical expression, Liliane Chlela speaks to SceneNoise’s Majd Shidiac about the voices that motivate and madden her.

“For them (the sounds) to make sense in my head, I must have been surrounded by them for a long period of time. When there’s a bugging repetitive sound, one you cannot run away from - like a drill, you try to tame that beast by masking it or simply playing with it; so that it isn’t scary to you anymore. Or in the least, so that time passes and you feel maybe it’s gonna end. I think I’m trying to tame what I was finally able to understand, the source.”

That’s how experimental artist Liliane Chlela describes the militant drum sequences and self-imposing high notes in her latest album Safala, which marked the third album release of her momentous career. Flipping between sporadic reflections of five-thoughts-at-a-time and cynical jabs at the status quo (or herself) Liliane reflects on her decade in the scene.

Neither of her last two albums - including Malign/Benign, which preceded Safala by a year - were planned. Back in 2019, Liliane was working on producing a compilation of her live club sets to be released as an album to kick off her tour. But everything radically changed as Lebanon spiraled through a vortex of colossal altercations with shape-shifting demons. Instead of releasing her club-friendly repertoire, filled with hard drives and space-filling drops, Liliane took a completely different direction and produced a dark, beat-switching sonic space. Her musical process was never premeditated.

“I didn’t start with a sound palette in mind, and [in production] I wasn’t sitting down and saying: ‘okay, we’re gonna produce a track,” Liliane explains. Rather, her production generally stems from a more visceral approach. In simple terms, Liliane is constantly trying to transcribe the sounds she hears in her head.

“You can never sound like your actual self, that’s the thing - and I think that’s what drives me the most. Trying to find your sound is impossible, it’s like achieving silence.”

Liliane created her sonic journey between live sets and collaborations in pursuit of this introspective sound, attempting to transcribe abstract ideas into waveforms. With that as a musical compass, she is constantly exploring inwards and outwards. As a result, she developed a non-linear approach to the music, one that challenges both the musician and the listener. She puts more weight on trying to capture the sonic embodiment of these abstractions, rather than impose a structural path for them. She notes that none of her tracks can be picked up by a DJ and played as is within a club setting, which would be missing the point. By the nature of her work, she is constantly testing and challenging listeners’ relationships with her soundwaves, which she believes are relationships that form and play out irrespective of her.

“Whenever I decide that this track or composition is finished and that I’m ready to give birth to it, I never go back. Even if I feel it’s shitty, or there are some dissonances, or if I’m displeased with some parts. I never go back to it because it’s not mine anymore.”

Emerging as a musician first and a producer second allowed the electronic artist to thrive in an ambiguous space of her creation. Aside from her natural connection to her machines and years of performing with all kinds of artists, each playing a role in shaping her perception, she is fueled by an urgent restlessness and an unrelenting rage. Of all the things that tick the Lebanese experimental veteran though, it is complacency which enrages her the most.

“I’m a person that gets bored easily, but there’s a deeper sense to that. Like I really just want things to evolve faster, that’s why I’m always angry, and about things I have nothing to do with. (When I express it) people assume that I’m patronising them, but it would be more of that I genuinely think something more can be done.” 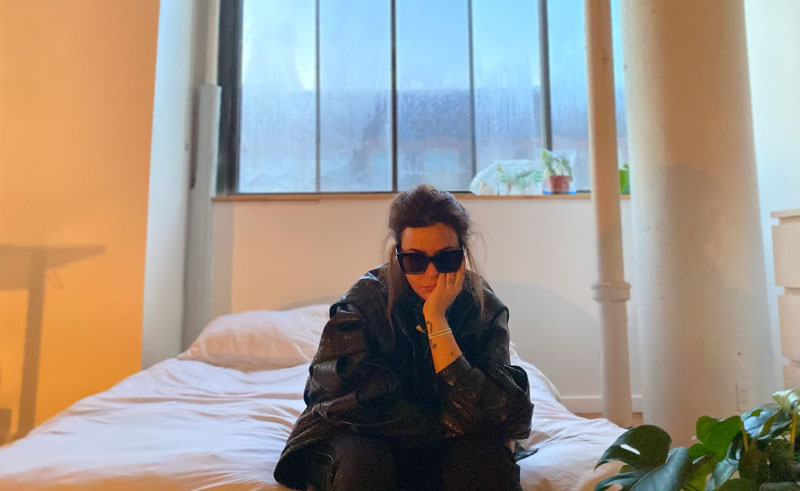 Liliane is constantly searching for her new playspace as she shifts through genres and alters her approaches. Before releasing any of her works or performing sell-out shows at Beirut’s Grand Factory or The Ballroom Blitz, she spent her years as a student of the stage. A rare breed in the local scene, Liliane traversed genres and performance spaces with no particular intention except indulging in the process, the ascept most key to her. Her repertoire is rich with all kinds of collaborations from post-rock with Hezbel Taleta, drum’n’bass with The DnB Project, to more playful projects such as the Sonic Groove Society, and her most recent collaboration The Butcher’s Bride in which she partnered with indie-pop veteran Hamed Sinno. Traversing these eclectic soundscapes, Liliane has a cut-throat principled attitude: if she doesn’t like it she won’t play it, and if she plays it, she would never play it the same way twice. At the core of all her projects and solo performances is a fluid space accessed only through improvisation, which she insists on integrating into all of her pursuits. Within this archaic space of cumulative input and rippling frequency, she is forever taken aback by a moment of possibility, a collective crack in the ceiling.

“It happened so many times with DNB, Bachar, and Fouad of course! We’d be playing something, and then one of us goes a completely different direction, somewhere else. Someone picks it up and can tell where you’re headed, and then they take it somewhere even further. That for me is the best thing about performing.” 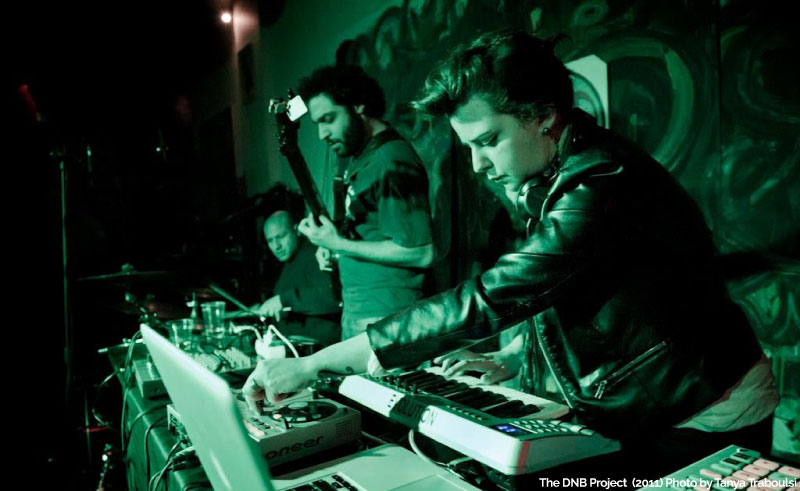 There’s no stage in the city that Liliane hasn’t performed on. Throughout the years, she has scaled and built her own version of home. On a dimly-lit stage in Mar Mikhael, a few hundred meters away from an ammonium-ridden destiny, she sat shoulder to shoulder with ingenious jazz composer Tarek Yamani. Amidst her simple time-tested setup, she engineered a sonic conversation of rhythm and resonance. A few weeks before Lebanon’s first full lockdown, in a scenic jazz depiction, the duo weaved a moment of ephemeral immortality. An ode to the dreamers, or in the least a tribute to those still able to sleep. But what happens when home becomes a detrimental sentiment? Liliane reminisces on how she resembled a cement block starting off, red flags flying past her as she was unable to point out the ailments of her culture, let alone the aggressions of the system.

Now she is more of a sponge, absorbing and deciphering her surroundings, able to put a name on things. When she looks at the scene she is part of, she wonders why it’s been so slow to evolve culturally and musically. She wonders how the prominent artists and wavemakers in the scene haven’t changed much, and how they’re not making it any more approachable or accessible for the youth to get involved. At some point in her journey, Liliane decided to never compromise her sound and never hesitate to call out the discrepancies in the culture. Comfortable in confrontation, Liliane pushes forward a bold attitude, waking the scene from its induced deep slumber.

As she produces Safala, the tracks reminded the experimental artist of her grandmother’s protective incantation (الرقوة) and that’s where most of the titles came from. For over 30 years, Lilian’s grandmother recited this incantation in secret, for it is traditionally believed that if it was shared with the receiver it would fail to protect them. Uninhibited, she produced a cinematic album filled with regression and decomposition, met with sporadic outbursts of life (call it defiance), symbolic of existing in the home that fails to protect us. Reflective of the artist she has become, never afraid of confrontation, and never a stranger to discomfort.

A student of the process, she is unwavering in her pursuit of truth, be it her truth or the realities she’s faced with. With no telling of where she’ll be heading next, and certainly no limit to her musical breadth, Liliane’s journey will forever serve as a reminder that complacency is a personal choice, fear is a construct, and that if you ought to trust in anything, start with your own gut.

Lil Asaf Reflects on the Restless in New Track ‘3EED’

Theatrics of Life: Aia Atoui Dives into the Human Condition

Visual artist and DJ, Aia Atoui, reflects on the endurance of performance and music [...]

The People's Radio: Reflecting on One Remarkable Year of Radio AlHara

From an online radio station born in lockdown, to a global movement that captured [...]
RELATED ARTICLES

The aptly named restaurant is fittingly decorated with a blue shade of the same [...]

‘Bouraz’ offers the first peak into an upcoming album by one of the most unique [...]
Week Month Year