After the UAE commissioned Lebanese designer Nada Debs to renovate the Arab League Hall, she created a design that overflowed with Arab culture, marking a new era for design, dialogue and unity.

In 1955 the modernist Egyptian architect Mahmoud Riad constructed the Arab League Hall which hosted many critical moments in history over the course of decades. By 2015, the Ministry of Presidential Affairs of the UAE commissioned Lebanese designer Nada Debs, founder of Beirut based Studio Nada Debs, to renovate it, and the result was a smoothly textured design that is overflowing with geometry, coining the term ‘Neo-Arabian’.

“Each nation in the Arab world has its own identity and yet we’re all connected through geometry,” Debs tells SceneHome. A sense of liveliness has been brought to the forefront through the subtle movements of walnut wood used in the hall. The central circle is now accentuated with a rhombus that is relevant to Islamic architecture and considered a symbolic element that unifies all Arab states.

“My take was to create an environment that is contemporary and peaceful, but still relevant to our Arab culture and identity, in order to enhance unity and progressive thinking,” Debs says. After being built by Cairo-based Modern Interiors Construction, the four-year project was unveiled at the 153rd meeting of the Council of Arab Foreign Ministers in March 2020, marking a new era for design, dialogue and unity.

Looking to modernise traditional elements while maintaining the essence of the Middle Eastern identity and celebrating its craftsmanship, Debs created a reflection of the modern Arab identity that is represented through orderly arabesque patterns and geometrical accents. While plush Poltrona Frau chairs offer light beige comfort for the presidential delegates and an uplifting blue-green colour scheme showcases the significant fertility of the Arab region and the opulence of its land. 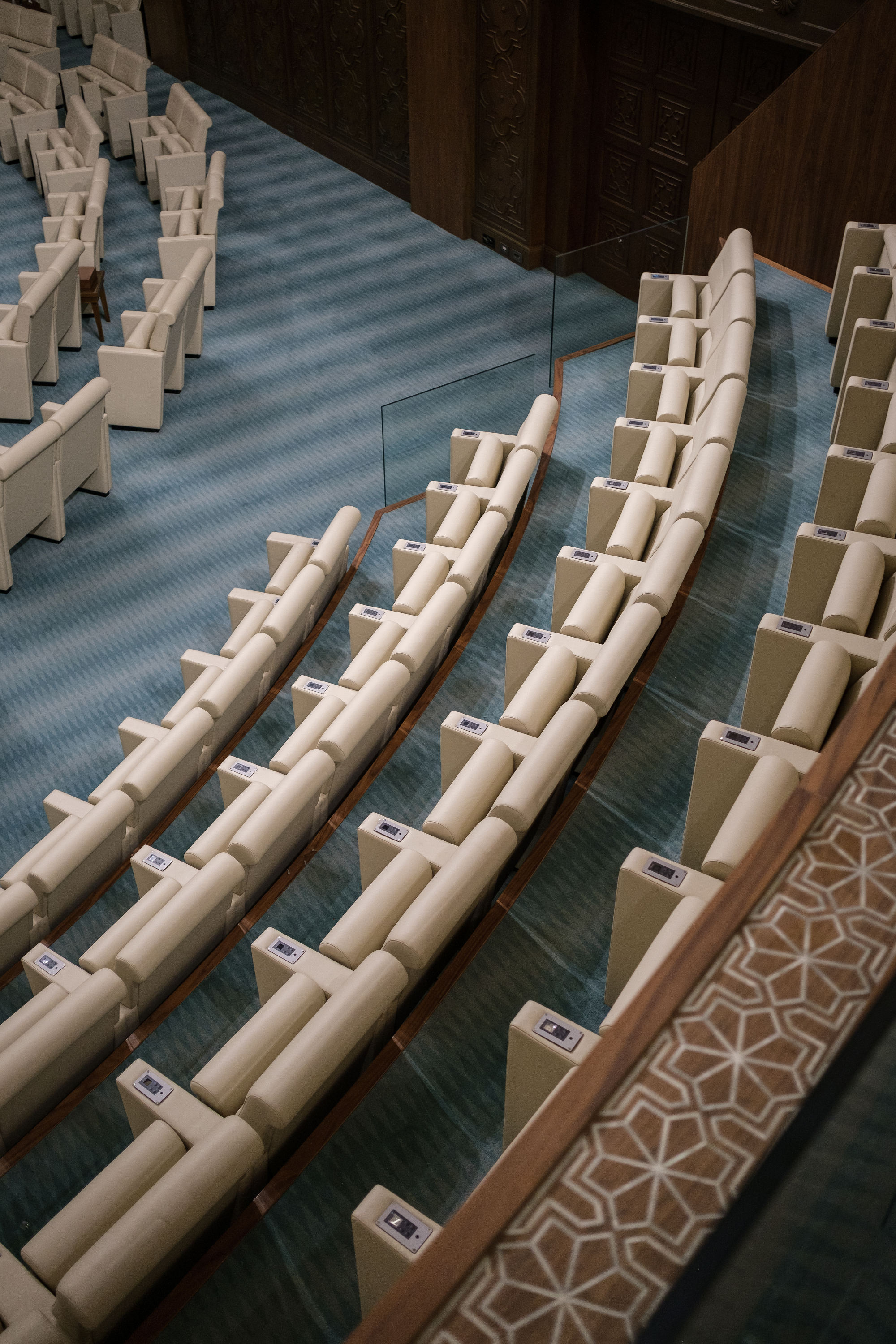 “As a symbolic colour which is used as an amulet of the evil eye, it also serves to protect us and bring us good Karma,” Debs adds. Keen on creating a flow of continuity and consistency she used the main colour on the carpet and complemented it with noble materials such as travertine, Guatemala marble and walnut wood, fashioning coherent surfaces that cover the space from floor to ceiling while superior lighting and acoustic design on the ceiling intermingle. 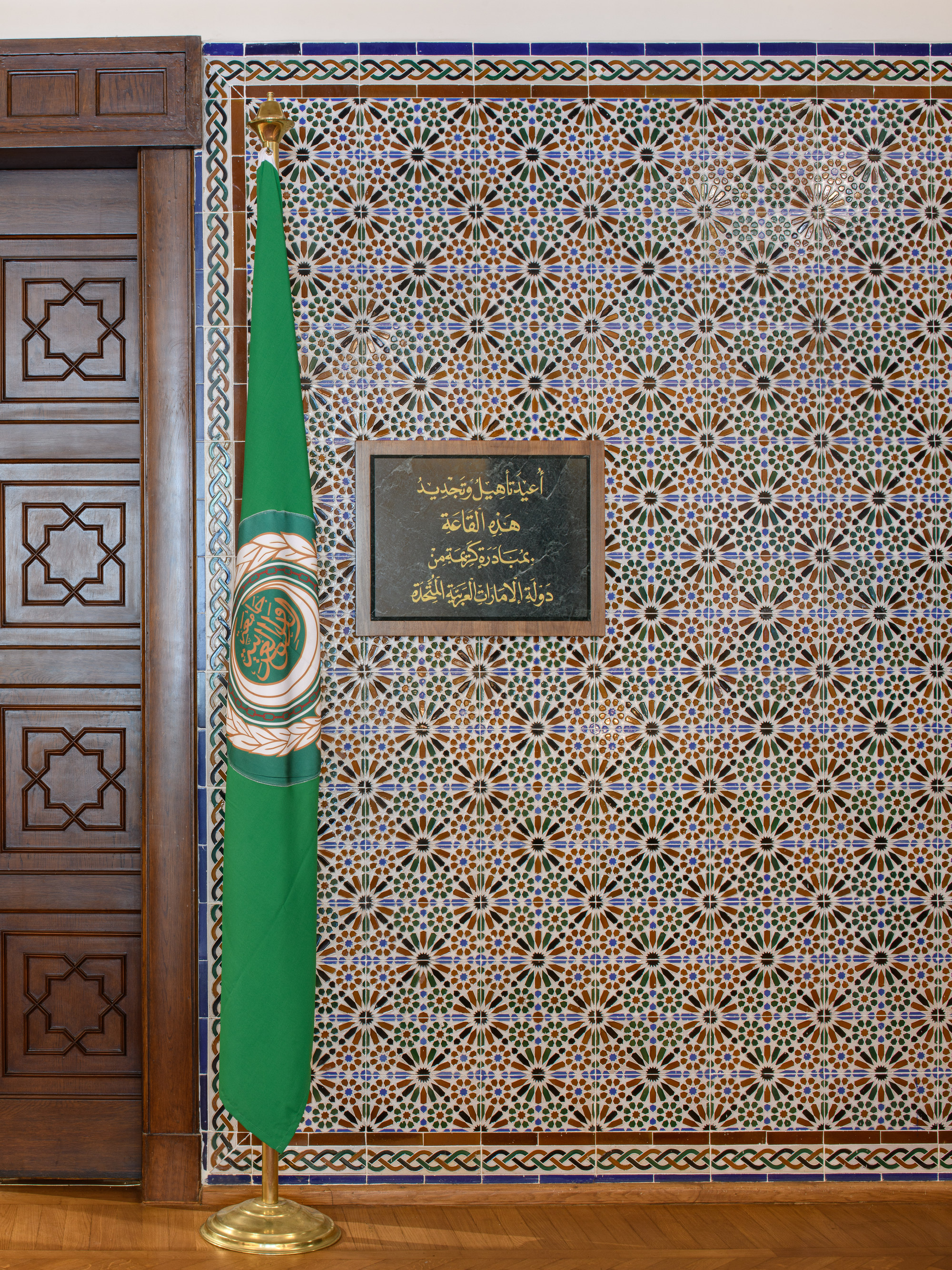 “All the features stand to resemble a renewed alliance of the Arab states which remain united in their mission to usher in a period of peace, prosperity and harmony,” Deb explains. To achieve that, honourable gentlemen and ladies engage in prolonged discourses and frankly, even heads of states need a break. In the hall’s lobby the studio further demonstrated their bespoke propensity towards craftsmanship.

A constant play between shadow and light is dictated by a latticed window, creating a transitory mood in the lobby. An arabesque chair along with an octagonal table take after the hall's wood as dazzling mosaic patterns add an air of oriental drama. Excellence, however, lies in the mother of pearl accents used on the azure sofa. Here, heads of states can relax and socialise. Some may argue that most of the decision making is done in leisure spaces such as these. 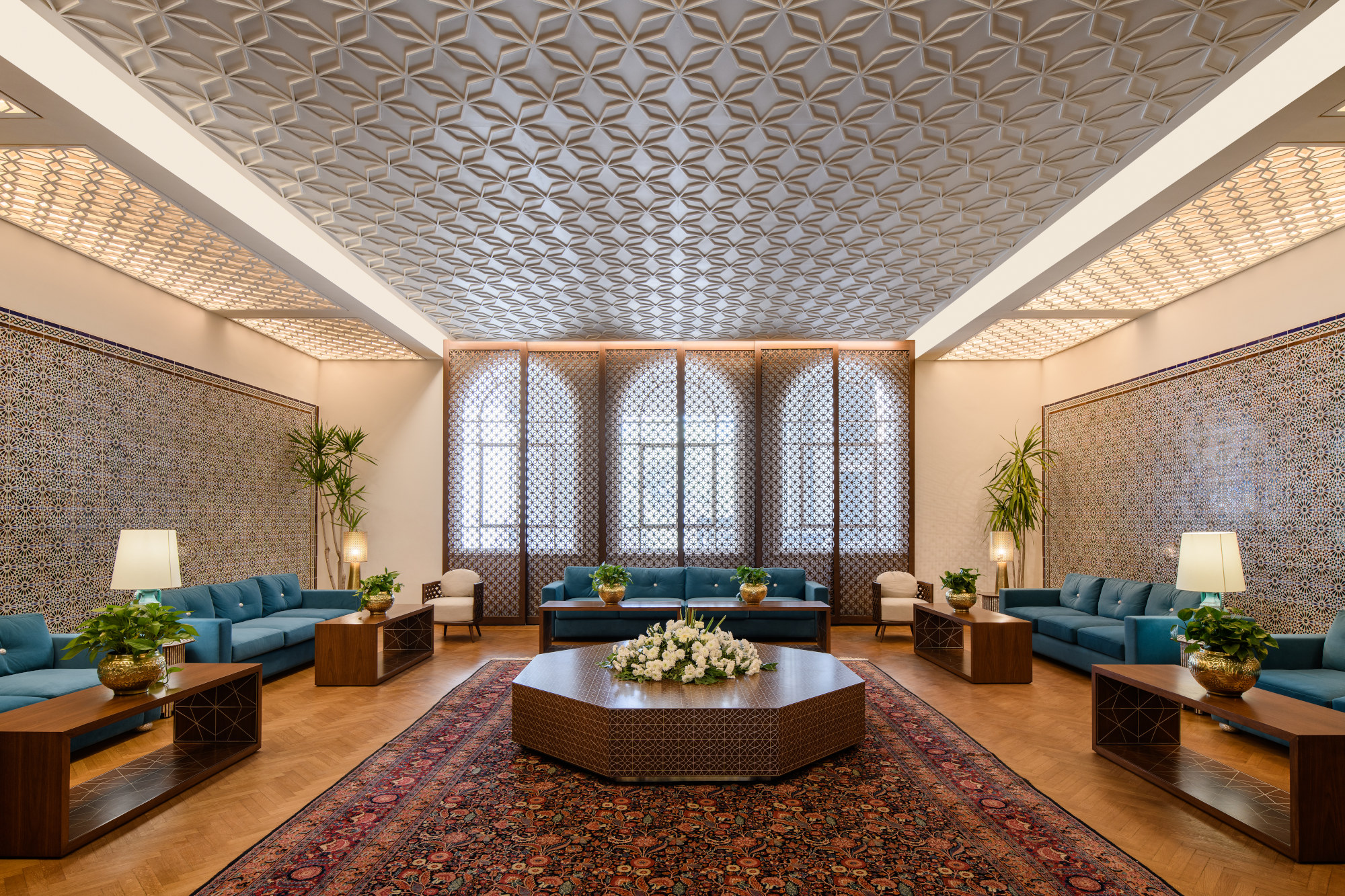 While the studio did preserve historically relevant features such as the scriptures above the main stage along with the wooden wall panels, they effectively didn’t leave any detail for chance as their design scope delved deep enough to reach the desk sets that are used in proceedings. In essence, Debs - who is commonly referred to as a ‘craft custodian’- captures the power of the human hand to tell stories that touch the heart; she calls this approach ‘handmade and heartmade’.

The Lebanese designer grew up in Japan and then studied design in the United States. Spending significant portions of her time travelling the world, Debs finds connections between different cultures and kneads those narratives to transform, elevate and create contemporary objects and spaces. Which made her an ideal candidate to take on a design project of this scale and stake. 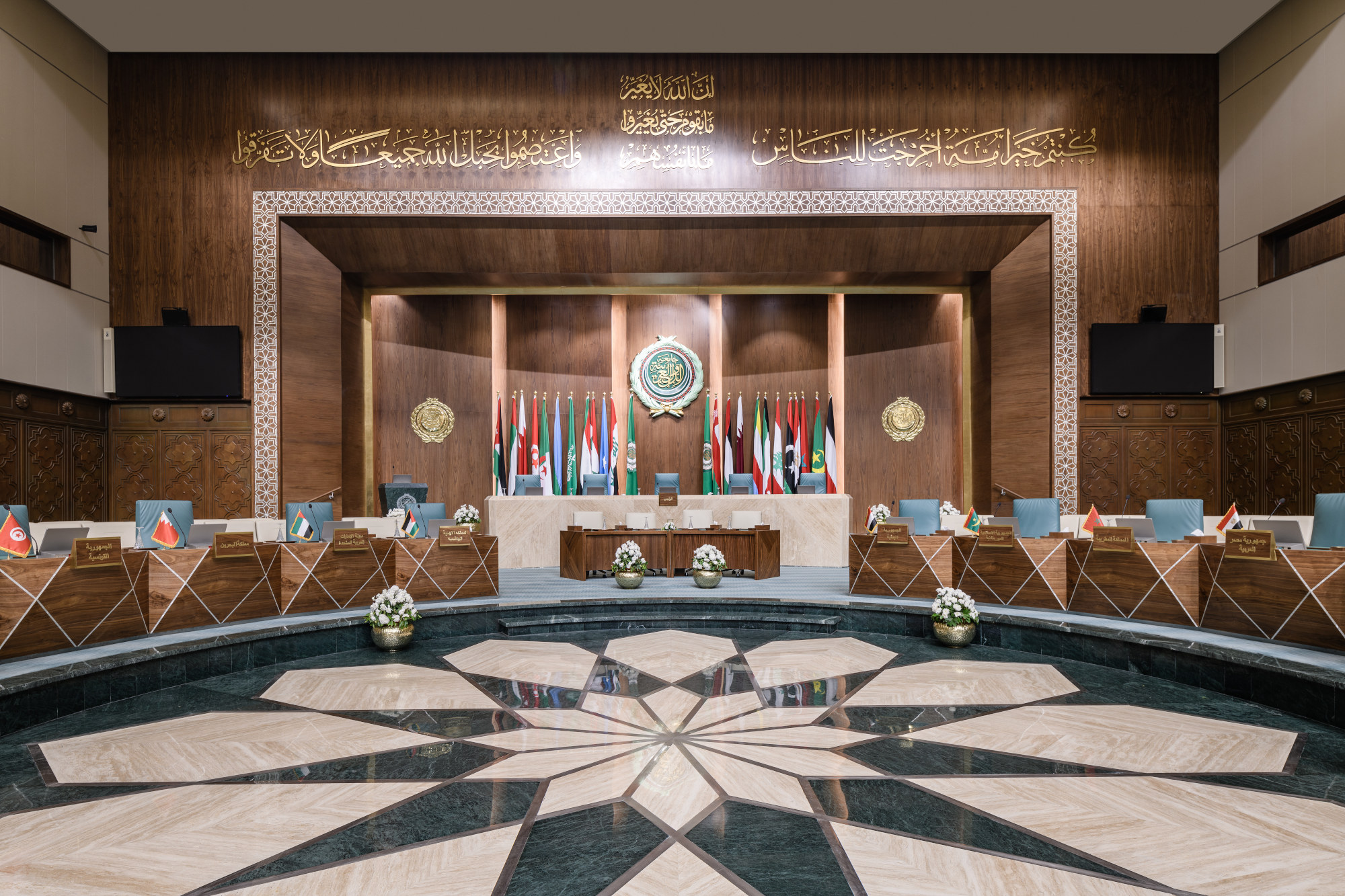 “As an Arab woman and design educator, I was honoured to receive the invitation to lead the design renovation of such a significant structure,” Debs says. The Arab League Hall resonates with her design ethics of preserving tradition and creating a contemporary Arab identity. One that is relevant to the times and reflective of our heritage, displaying unity and solidarity, and is based on peace, tolerance and a progressive mindset.