Many like to bring the gym home, but to Ahmed Hussein, simply having an exercise area is not enough. It needs to be styled in such a way that guarantees you’ll actually use it to work out.

January is over and we’ve entered the part of the year when our resolutions are really stress tested. Exercising at home has become the new normal, mostly due to its convenience - even if it’s something as simple as lifting jugs or sweating it out on that giant exercise bike that doubles as a hamper. That said, it can still be a hurdle even to those who have a gym in their bedrooms. Ahmed Hussein Designs showcases how ingenious use of materials and smart spatial solutions can play a role in getting you to exercise, and this home gym in Heliopolis perfectly encapsulates his ideas.

“The mood of the space had to be edgy, compelling and different from the rest of the house,” Ahmed Hussein tells SceneHome. Grey wooden strips frame the many mirrors in this space, which are used to add more visual room in what is a tight yet uplifting area, while sleek lighting makes sure it doesn’t feel too homey. “Think of it this way: you’re going to the gym, at home.” 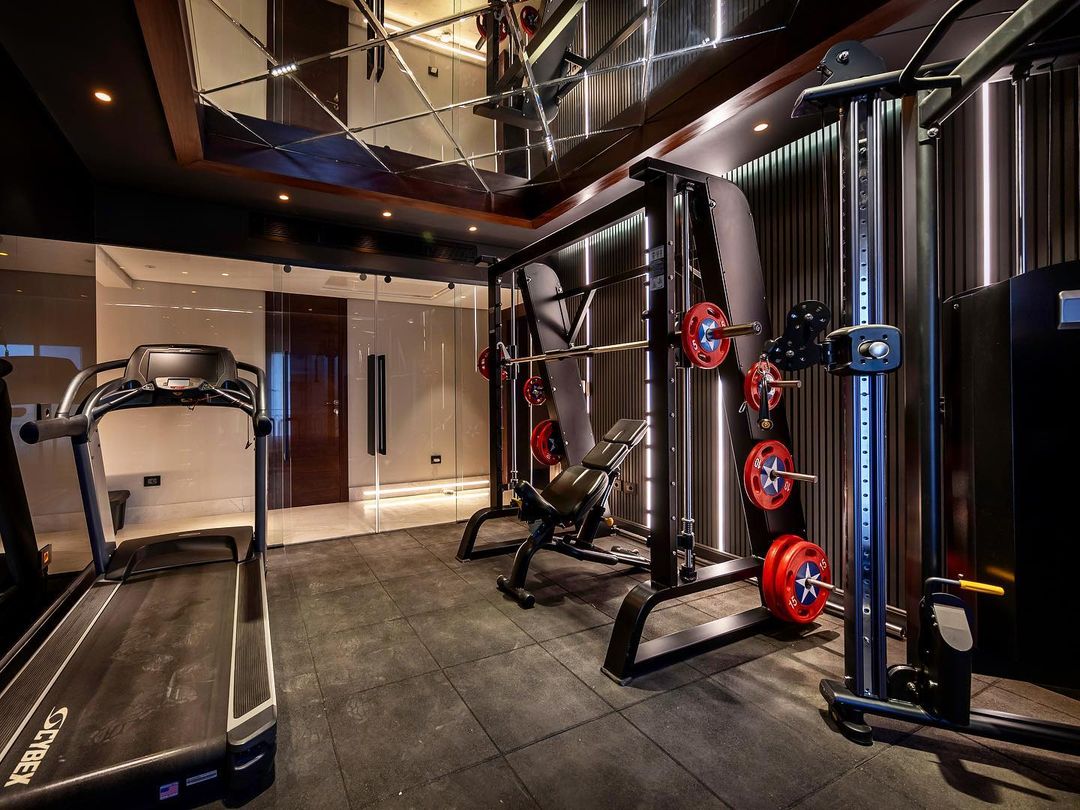 “The apartment had three bedrooms and an extra space which they weren’t sure what to do with,” Hussein continues. “So I suggested that we remove a wall and add a gym, which the client liked since he normally exercises.” At the end of a long, narrow corridor, Hussein replaced the wall with glass partitions that allowed the small space to visually breathe. “It was important to remove as many barriers as possible to make more room and enhance the experience.” Since the space had a low ceiling, mirrors became a necessity to add more verticality and a feeling of a double-heighted ceiling. It goes without saying that most gyms and fitness facilities opt for mirrors anyhow on the wall, which may have something to do with coordination, or allowing people to give themselves that much needed stare down for the final set.

“Lighting was used to make it feel less homey and more commercial,” Hussein adds, pointing to the sleek lighting profiles that reach up to the ceiling from the foam floor. It was important to make the space feel a bit commercial, like how gyms would, so that it takes away that feeling of friendliness, comfort and - ultimately - complacency that the rest of the residence has. "Many people have gyms at home, but they're not always used,” Hussein explains. “They need to be enticing, to compel and excite you.” 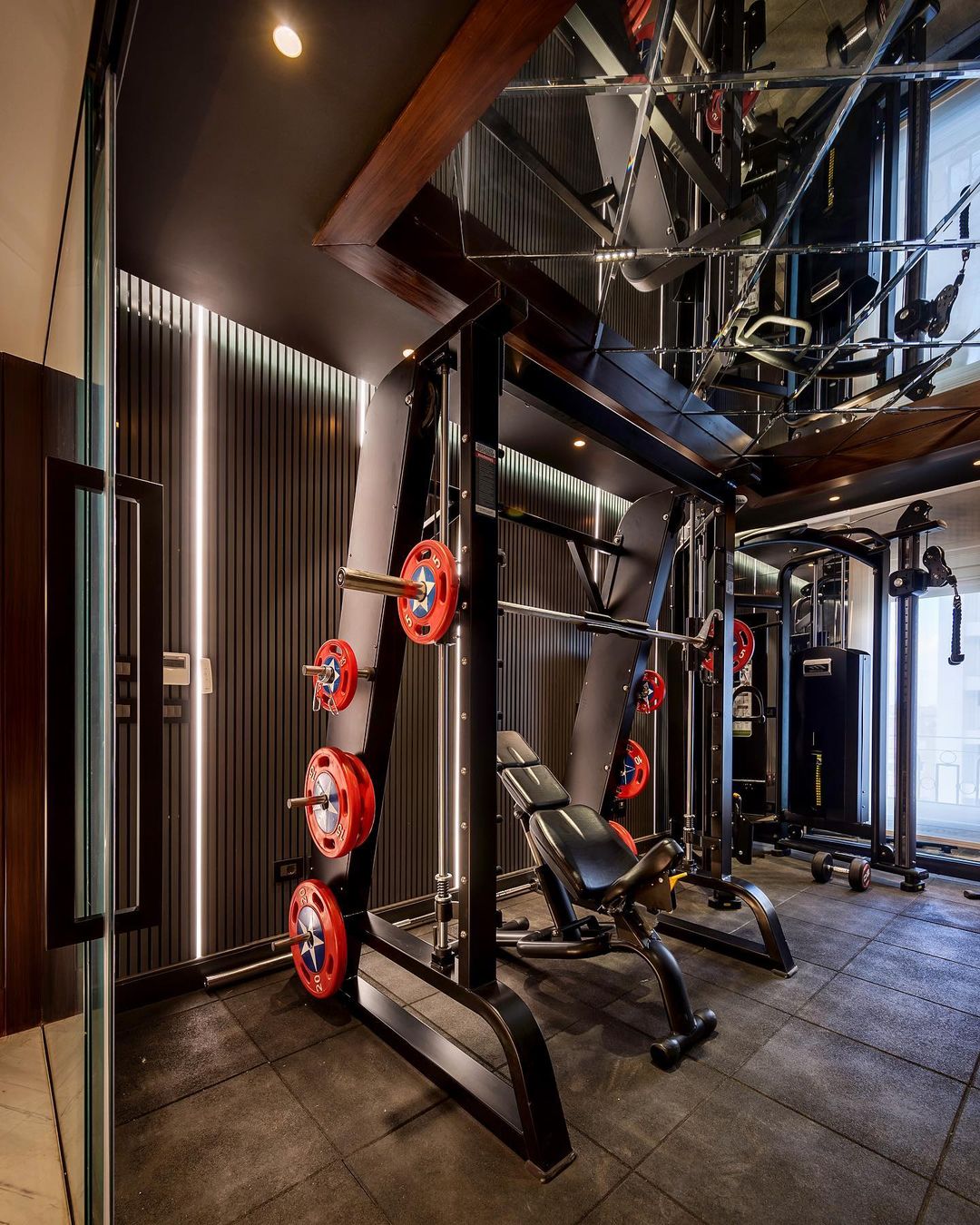 While all of these details display Hussein’s ability to make the most out of the space, at the end of the day it was small. Which meant that the selection of equipment had to be thoughtful and efficient. A treadmill, cable machine and a comprehensive smith machine occupy this home gym, ensuring that most of the body’s muscles are covered in exercise. Now honestly, doesn’t this home get you thinking of walking up an extra hour in the morning to fit in some reps before heading to the office?

How Ahmed Hussein Brings His Style Into His Cairo Design Studio

Designer Ahmed Hussein offers his clients a taste of what his studio can offer [...]

Nothing sets the tone like an awe-inspiring entrance. This house in New Cairo's [...]
Week Month Year