This Egyptian artist creates the perfect blend of illustrations and elegant patterns in contemporary artworks that seep emotion and thought provoking imagery into any interior.

Any form of art can have beautiful and contemplative qualities, but few can fit in contemporary interiors like abstract artworks. Their versatility allows them to be focal points that stand out, or blend well within the larger context of the space. A superbly talented Egyptian artist that goes by ‘Kairolumumba’, has been letting his mind wander, inscribing in acrylic and chalk some truly surreal and attention grabbing imagery in contemporary doodles and abstract art that seep emotion in the homes they occupy, and we feel them. 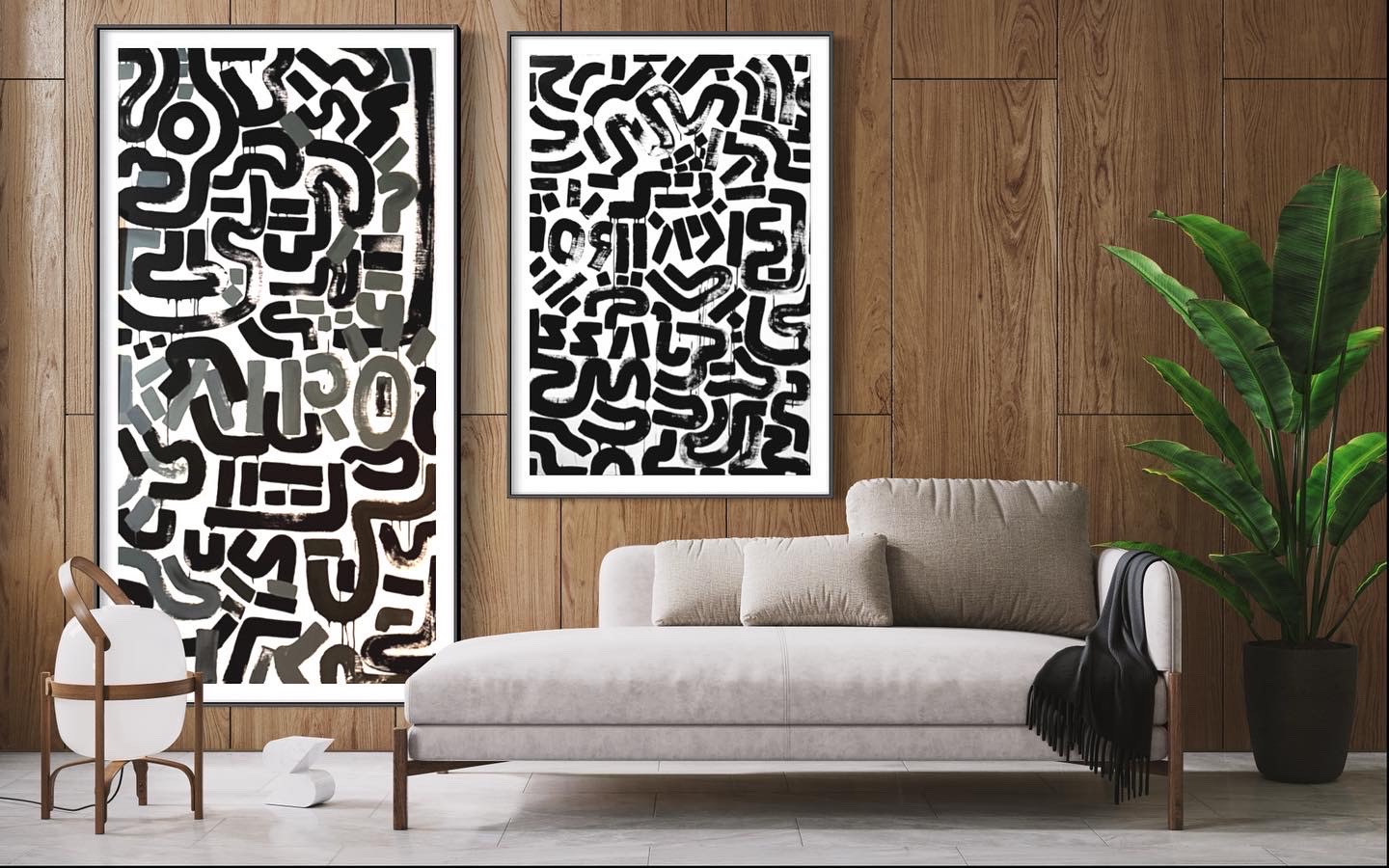 “Everyone has their own interpretation, I choose to portray my message by making it relatable,” the visual artist tells #SceneHome of his relentless and thought provoking clusters of objects and patterns that add intrigue to the walls they cover. “I usually don’t share the stories behind them because it’s always cool listening to what different people see in them.”

“It’s a form of meditation that carries an element of escapism to it,” he adds. When approaching a new canvas, fragments of an abstract world are created with wild colours, even wilder shapes and at times, wicked patterns. Yet, personal experiences always tend to find their way in, unveiling themselves long after a painting is completed, only to be interpreted in a different way by those who end up hanging them in their homes.

Kairolumumba began painting from a young age, taking note of the feedback his work received. “Down the line, I realized that art isn’t just about aesthetics, but more about the expression and personal messages conveyed through it.” After studying graphic design, he entered the whirlwind of entrepreneurship while keeping his passion brewing for 10 years before being pressured by those around him to get his work out there. Wanting to do so under a brand that offered African, Arabic and European art, he named it ‘Kairolumumba’, which embodies his personal approach. ‘Kairo’ comes from Cairo, where he currently resides, and ‘lumumba’ from the Congolese politician, Patrice Lumumba, who has a street named after him in Alexandria where - you guessed it - the artist used to live. 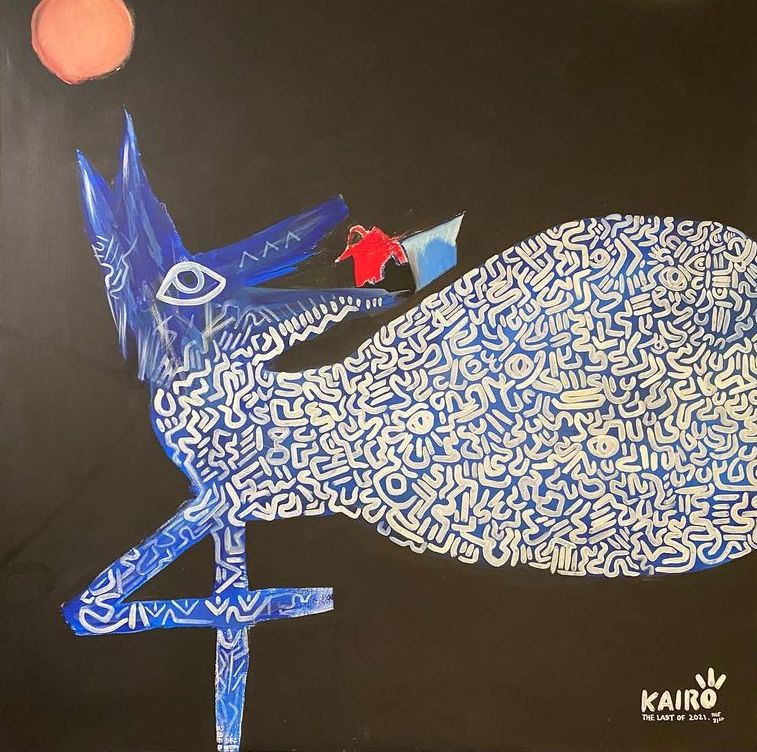 Usually, the artist’s dearest paintings are never sold and remain at his abode, like ‘Protector’ which was his way of expressing the rollercoaster of emotions people experience when making career shifts. In reality, it features an animal turning around to face an astronaut waving a flag. But in the abstract, it carried a more profound meaning. “It’s about not forgetting where you are going, and carrying the flag of serenity with you, feeling at home wherever you end up.” 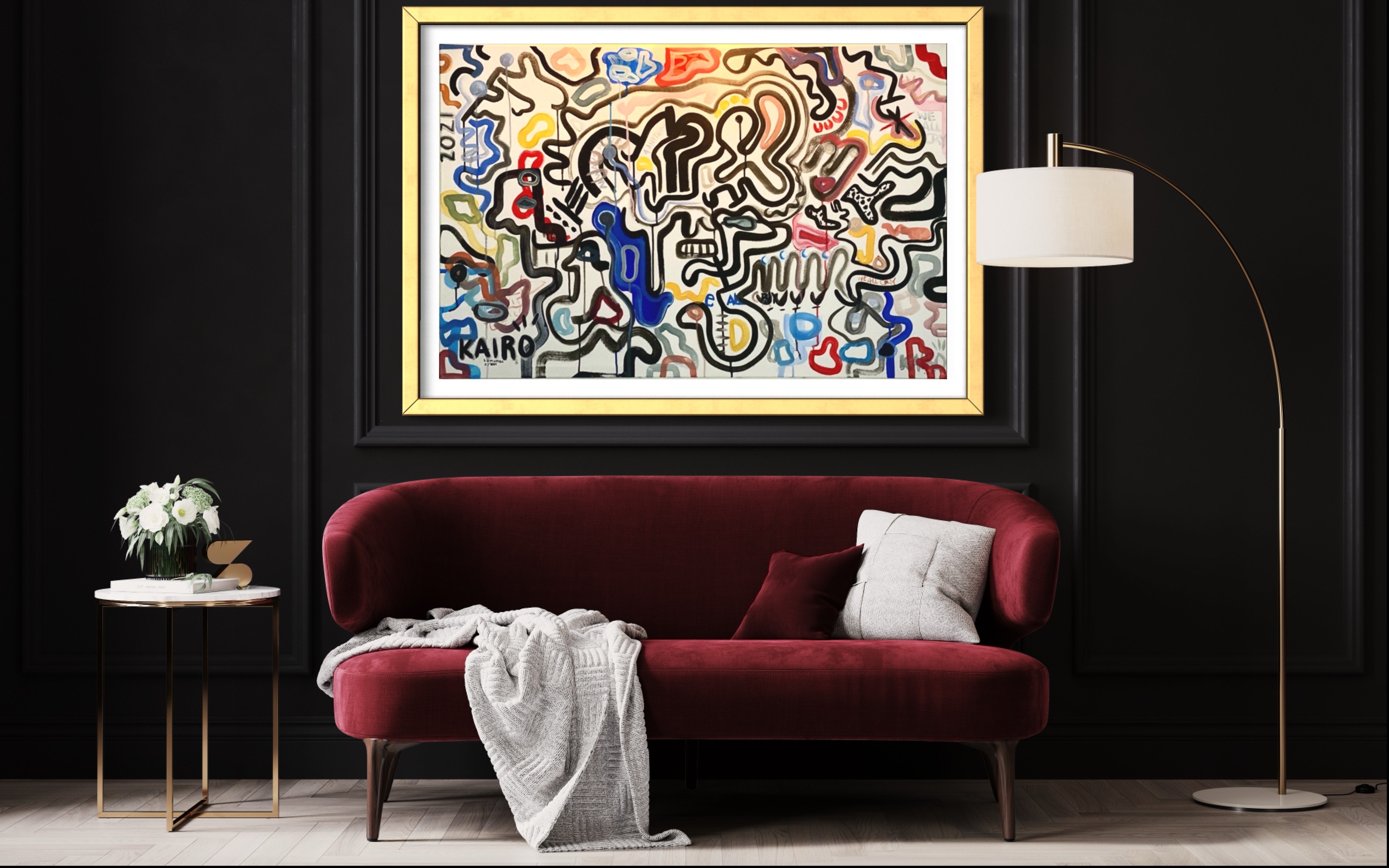 “When I put my art out there, it has to be placed where it is appreciated,” he says. It’s really about finding the right person for the painting, or the other way around, someone finding solace in it - even if they are seeing different things - when hanging it in their home. In ‘Tears of Joy’, the artist expressed a fleeting moment of happiness through the colorful amalgamation of untraceable lines. 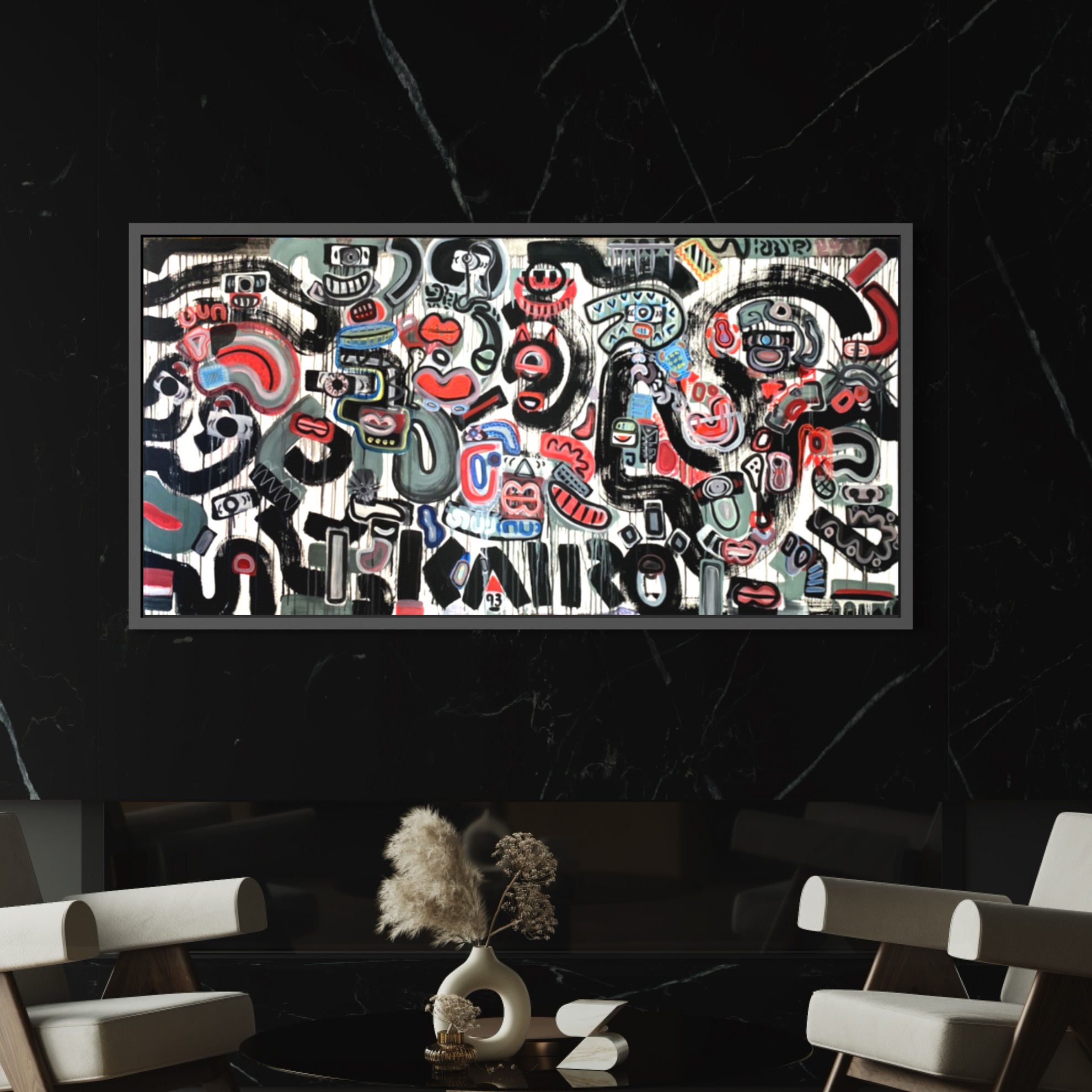 While ‘The Devil’s Advocate’ is a representation of the many triggers that lead to wrongdoings. “Even if they come from our surroundings, the choice ultimately lies within.” It features some digital items hinting at how technology can be considered the ultimate devil’s advocate. As for those enlarged lips, well, they are one of the artist's signature features that bring flamboyance to the room. 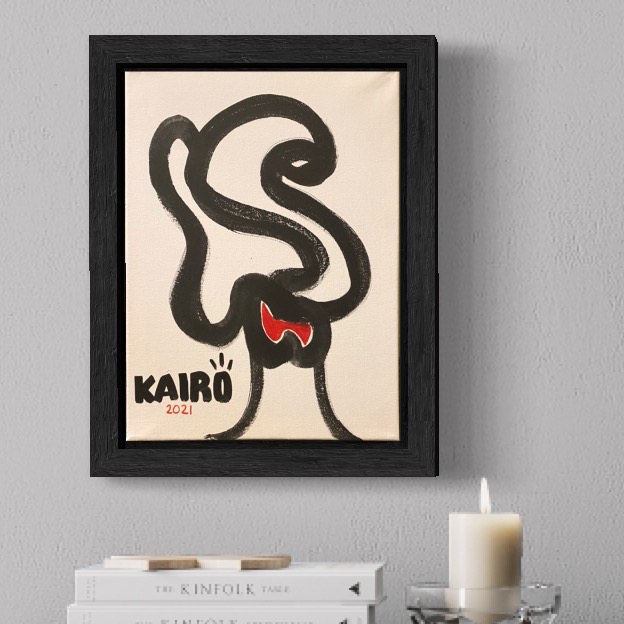 “I just try to enjoy the process, without thinking too much about who ends up procuring them. Honestly, I would gladly keep them all.” While managing the nine to five life during the day, Kairolumumba keeps creating artworks in his studio - that end up bringing a whole load of fun to the homes they find - faster than his storage can handle. Highlighting Macklemore lyrics that he finds inspiration in and would keep anyone going in the pursuit of their passion. “The greats weren’t great because at birth they could paint, the greats were great because they painted a lot.”

Studio Five were given only 48 hours to deliver a proposal for Al Arabiya’s new [...]
Week Month Year