This render of a residence in Greece offers a vision of how thoughtful and contemporary red brick facades look like. Offering an alternative visual to what we often associate with the masonry unit.

In the minds of most Egyptians, red bricks are typically an indicator of a work in progress, a building unfinished rather than an aesthetic choice. However, in this unsurprisingly crisp render of a residential building in Greece visualised by Cairo-based Studio M6, the true aesthetic potential of the red brick is on full display. 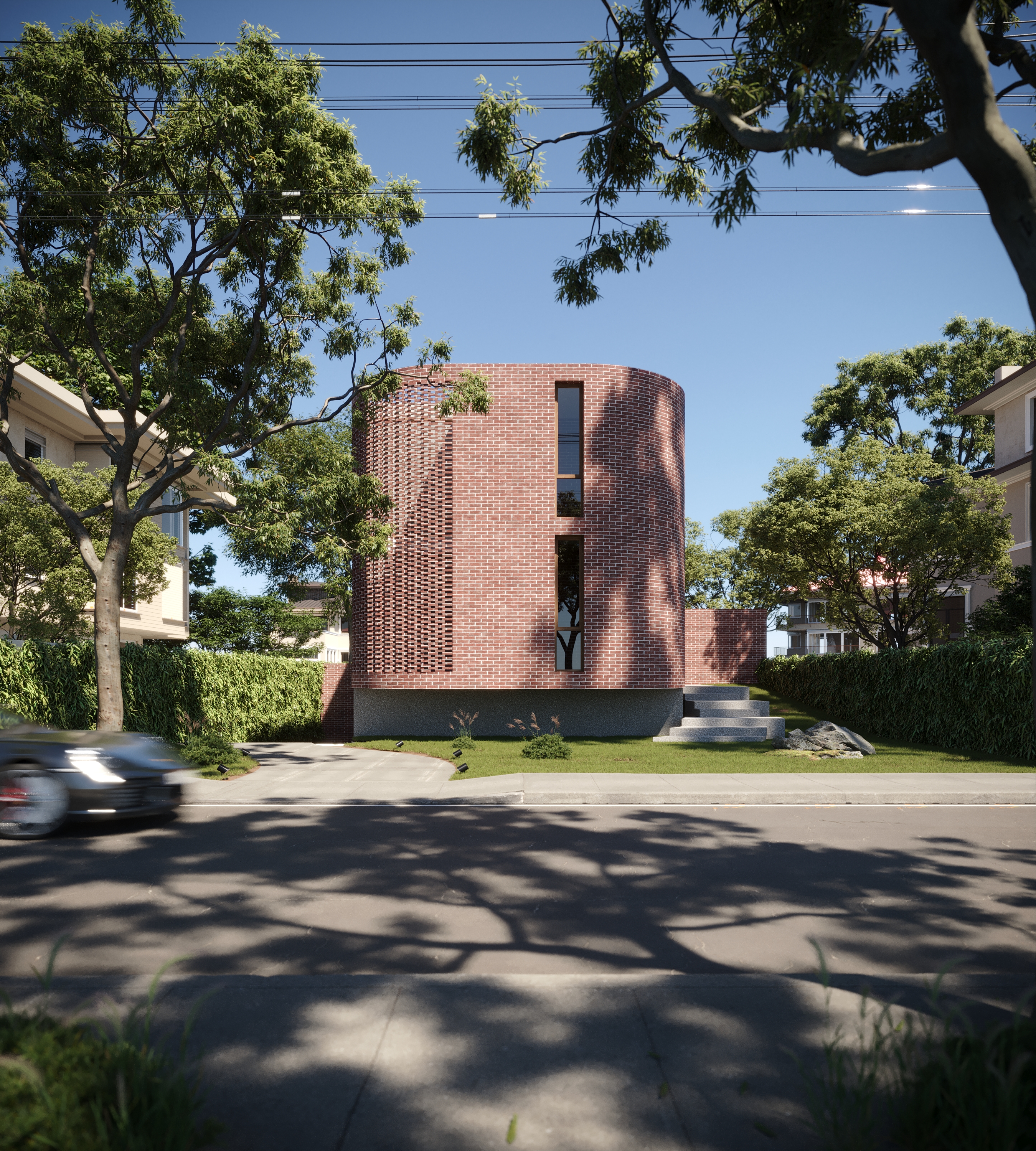 “This was far from a typical residential building, with bricks covering its entire façade,” Founder Mohab Bedeir tells #SceneHome. The design was created by Greece-based Urban Soul Project, using the repetitiveness of red bricks to develop a façade that served beyond mere dazzling patterns. “The design was rendered at different timings to showcase how it uses the bricks for both ventilation and lighting.”

With an approach that many would think is too much, this interior designer was [...]

Step Into This Stylish Hosting Space by Living In Interiors

Having a fun basement to host friends over for a party or movie night is on [...]

Telling spaces apart through clever patterns, this New Cairo home was designed with [...]

For 114 years this palace helped define the Heliopolis neighbourhood. Now it has [...]
RELATED ARTICLES

Sometimes the best decorations are books, as long as they are being read and aren’t [...]

In this crisp render, Studio M6 presents a number of shots angled to showcase the [...]