Pumping out catchy Indie tunes faster than we can keep up with, Mohamed Ghazy comes by for some giggles. 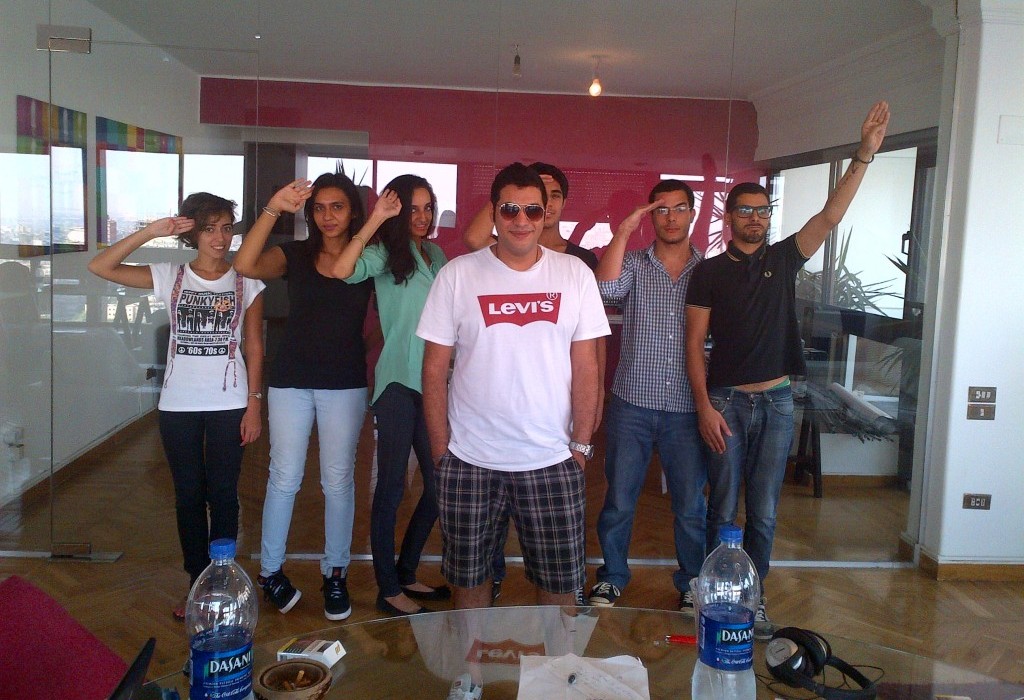 This week, we catch up with Mohamed Ghazy – the front man for up-and-coming indie band, Ghazy and his Goons. Their Brit-Rock sounds have caught the attention of the underground music scene since the band got together earlier this year and they’re ready to take the whole world by storm, one professional production at a time. Preparing to shoot the video for their video for their next single Digital Girl, we talk to Ghazy about the music industry in Egypt, The Best Divorce in History and Manchester City…

You are Ghazy. Who are the Goons?

The Goons are random musicians who I hire to play with me. Well, I say ‘hire’ but I don’t pay them.

What does it take to be a Goon?

You need to listen to good music, not just this old school rock stuff like Pink Floyd and Led Zepplin which Egyptians love.

What do you consider to be good music?

Good music is indie music. Oasis, The Verve, Blur…I’d love to collaborate with Blur one day.

How did you get into this particular British brand of music that isn’t very popular in this part of the world?

My dad used to live in Saudi Arabia, and when I used to visit him in the summer, there was nothing to do there so I spent my days buying and listening to music. Blur had just released their first album at the time, and honestly, I really liked the cover art and bought it. That’s how it started.

Did you wear a Gabaleya in Saudi Arabia?

If we got you one, would you wear it?

When did you start performing?

I formed a band with some friends back in 2003, called The Marbleheads. We sucked. Then I got married and stopped playing music for a while, until I got divorced. That’s when I picked up my guitar and started writing my own songs. The first song I ever wrote myself is called The Best Divorce in History. Later, I formed the Goons.

Do you think you have to be in emotional turmoil to write a good song?

No. The best songs are written when I’m happy, actually. The Best Divorce in History is a happy song!

When we’re upset, we cut ourselves…

The indie music scene in Egypt is still young. Is it difficult to find an audience that appreciates your style?

I actually haven’t performed as Ghazy and his Goons yet because of this. The indie audience is very small, and people just don’t get it. The only venue that I think is suitable for our kind of music is Cairo Jazz Club, so perhaps we’ll debut there. We’re looking for a more international listener-base though, and we’ve actually teamed up a guy called Tim Palmer who has produced songs for Pearl Jam, The Cure and The Goo Goo Dolls. He usually charges a lot of money but with our Egyptian bargaining skills, we managed to get him for a good price!

Following the death of Kim Jong-il, his son Kim Jong-un is growing into a bit of a dictator himself. This begs the question – which is your favourite Pokemon?

I don’t know, man. I hate that yellow one. Pikachu? I want to slap him.

What has he ever done to you?

Have you seen the way he walks and shit?

Can he join the Goons?

I guess he’s kind of popular…so if he can make me money, I suppose he can.

When you do start performing live, what can we expect you to wear?

Those Adidas track suit tops. I have like, seven.

Are they authentic, or do you, like the Egyptian Olympic team, wear fake sportswear?

What does your tattoo say?

It’s Latin for ‘Pride in Battle’, the slogan of my favourite football team, Manchester City. I got it a couple of days after my divorce.

Tell us about your upcoming single…

Digital Girl is about my girlfriend, who I actually met on Facebook. That sounds a little weird, but I promise the story isn’t THAT weird. It’s a little more commercial than my usual sound and it’s very catchy. It’s probably the only track that the wider Egyptian audience will appreciate. We’re planning a very, very cool video – we’re starting filming in a couple of weeks so stay tuned. CairoScene can have the exclusive!

I don’t want to sound arrogant but Ghazy and his Goons are the best thing to come out of Egypt. Ever. Ever. 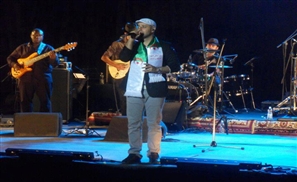 Putting a spotlight on Muslim talent, the first Music of Muslim Origin Awards are [...]