Previous Post
Egypt To Brits: Stop Pooing in Our Pools
Next Post
A French Hamlet Named 'Death to Jews'

LANDR: No More Slaving Away For A Master

A revolution in the music industry has just happened, and most of us probably don't even know it. Now, any producer can master his/her own track through LANDR: the first fully-automated online mastering software. 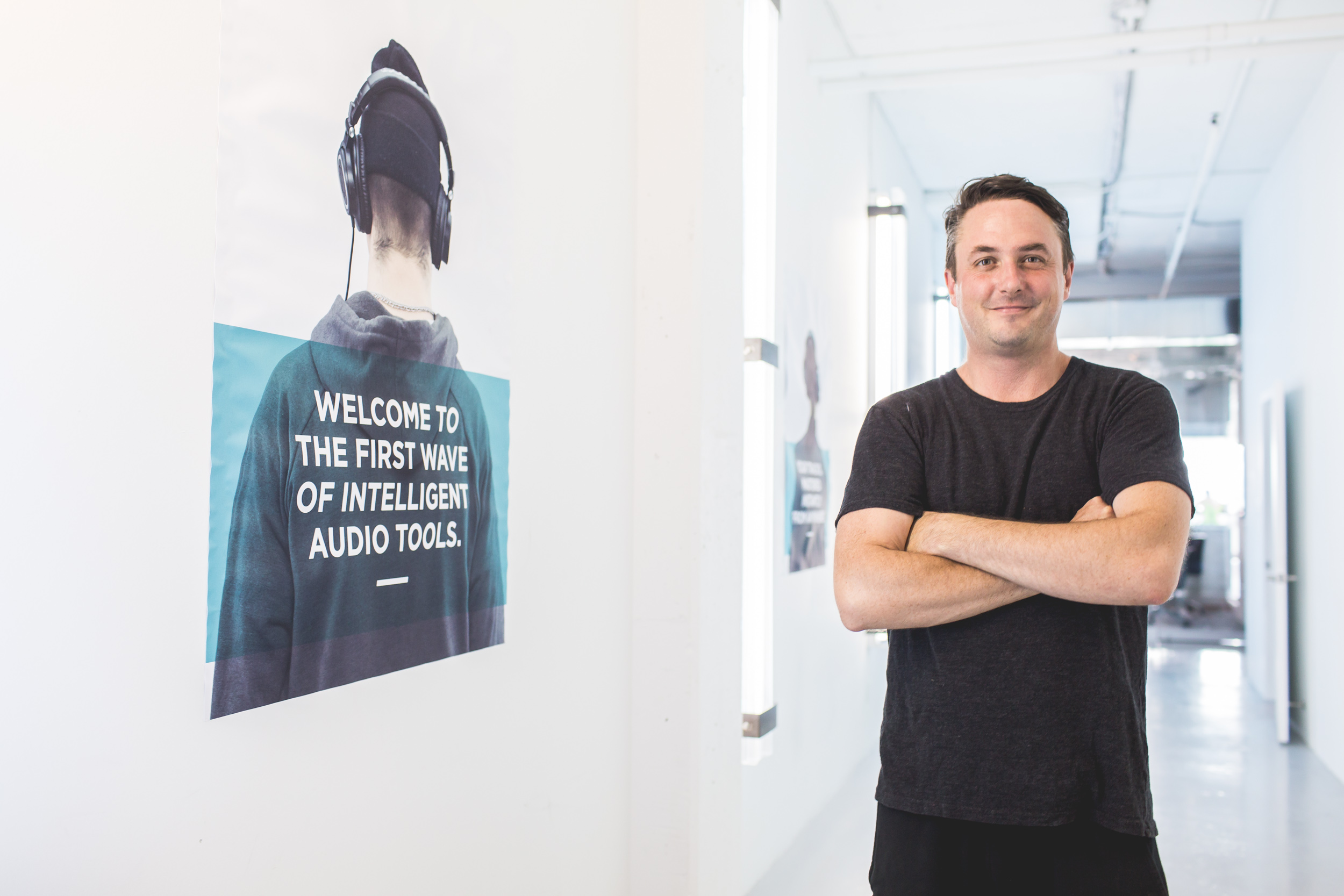 For those not in the music industry the idea of mastering just connotes making a song sound better, louder, cleaner. But the intricate detail involved in enhancing a track; EQing, complex processing, compressing, limiting and adding effects is a massive undertaking: incredibly subtle, but with a paradoxically huge impact. It’s a process that can turn an amateur bedroom producer’s track into a professional quality piece that can be played from any type of speaker.

Of course, in today’s age a million digital softwares and plug-ins mean that even a bedroom producer can give it a go and self-master without expensive analog equipment and studio space. But world class mastering engineers, the ones that the big labels pay a fortune for, are people who have dedicated their whole lives to the minutiae workings of mastering music. It takes decades to become a successful mastering engineer, but what if it could take just one minute?

Developed in Canada, LANDR is the first fully automated online mastering software that lets you upload any audio file and have it mastered as if it were done in a professional studio, all in the matter of moments. It seems too good to be true, but having tried it ourselves on un-mastered tracks, the results are far superior then anything we could have done tinkering with a standard VST.

But while the functionality and quality of LANDR seem indisputable, it seems somewhat ethically off. If the purpose of evolution in music technology is for us to be able to do things that as humans we would not be able to do, then aren’t we just replacing the beauty of the human ear, the infinite individuality in creating one sort of mix to the next, with that of a machine? Where’s the line? Why not a drag and drop software which creates a whole track for you based on genre trends? Is LANDR the future or the end of music production? We speak to co-founder Justin Evans about how it all works, and where it falls on the spectrum of today’s musical universe of purists and futurists…

How did LANDR come about?

The technology evolved out of 7 years of graduate level academic research from Queen Mary Universities C4DM, a renowned music technology school.  A couple of years ago, I co-founded it with one of the lead students from that program, and a Montreal-based technology incubator. My life has bounced back and forth between making music and internet start-ups, so the chance to do the two together seemed very exciting. Also, the technology was, obviously, very exciting.

Why is it called LANDR?

Mastering is usually done on the stereo out of a file (which is a signal for the left and right speaker of a sound system), as opposed to the multi-tracks.

Also, as the site is pretty revolutionary in the sense that it is literally "drag-and-drop" mastering, we love how it also feels like you are "landing" a track on the site.

We also hope that soon people will start saying they "LANDRed" their tracks, instead of Mastered them!

What were the biggest technical barriers in creating LANDR?

There were barriers at every point-- building a cloud service as a start up, was a big one. Figuring out how to give a great user experience of mastering with all the latency inherent in the web was another. Probably the biggest, though, was finding a big enough data set of tracks that are both mastered and unmastered for us to create the algorithms from. Finding mastered tracks is easy, you can get those from iTunes! But finding versions of songs in their unmastered state, as well as the mastered version, proved quite challenging.

This is one of the reasons that we launched as a web service. The system literally learns from every track that comes in, and because we get unmastered content uploaded by our users, and then master it, we are able to learn a huge amount. Due to this the system constantly gets better and more nuanced.

Mastering isn't simply about making a track louder, but also adding a subtle yet specific feel to it. If everyone is using LANDR, won't that feel be very similar?

When LANDR is at its best (and it has enough data for a given song type) it will master one song very differently than the next. When a song comes in, we break it down into features (kind of in the same way Shazam recognizes songs), and then decide what kind of mastering it needs. The more tracks we get in, the more our system recognizes the differences, and the more nuanced our mastering gets.

What do you say to traditionalists who belittle the idea of automatic mastering, and believe that it takes away from the skill of a producer, in the same way that vinyl spinners scoff at Traktor, and beat-matching...

I think a better analogy is digital cameras vs. analog. I mean, I remember thinking digital cameras would never work! Ha! Now everyone takes a million photos a day with their phones. I mean, these kinds of technology shifts have happened in every other industry and art form. Music seems oddly behind, almost like it’s in the last century!

Going on from that, does the software, despite its clear ingenuity, promote laziness in a new generation of musicians who don't bother learning to actually master?

I don't think there is any reason why a musician should learn to be an engineer; they are very different skill sets.  I'd rather have a musician spending all their time and energy on their composition, on mastering their instruments! Why bother with mastering? That seems crazy to me!

Where do you feel the limit is with what computers can and should do when it comes to music, at what point does the human element become negated to no more than the pressing of a button to create a track…

For me, technology in the arts is all about liberating creativity, not suppressing it. Any technological advancement is going to create new forms of creativity, and make excellence accessible to more people. Look at auto-focus! I mean the art photography establishment HATED that, and it created a whole new style of photography and many great new artists, just like iPhone photography is doing today.

Give people tools. Make it easier to create. The world will only get better, and greater art will get made. I love the surprises technologies create, and I can't wait to find out all the weird artistic ways people will use LANDR that I can't anticipate yet.

Do many labels and studios use LANDR to master tracks now?

For sure; Turbo records and Wolf & Lamb are labels we signed recently. We're super excited about Bob Weir's (from the Grateful Dead) Tri Studio's in California. They just signed up for a business account, and are huge supporters of what we are doing.

Check out LANDR Middle-East’s fanpage here or head to www.landr.com to master your tracks. 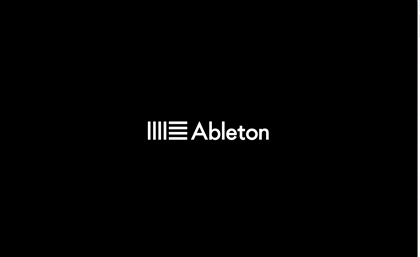 Ableton has announced that it will be releasing its new version of music production [...] 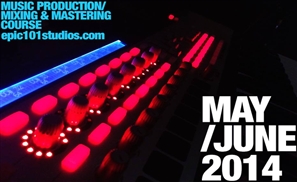 Having already turned out a slew of young, talented producers, Epic 101 are back [...] 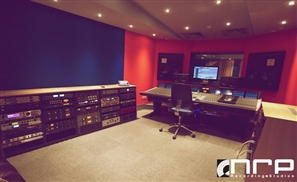 Studio of the Stars

Launching two commercial studios, the people behind Nile and Nogoum FM have their [...]
Week Month Year