We have it on good authority that Ahmed Harfoush is indeed from the 30s. We catch up with the retro renegade to find out exactly what makes him so smooth. 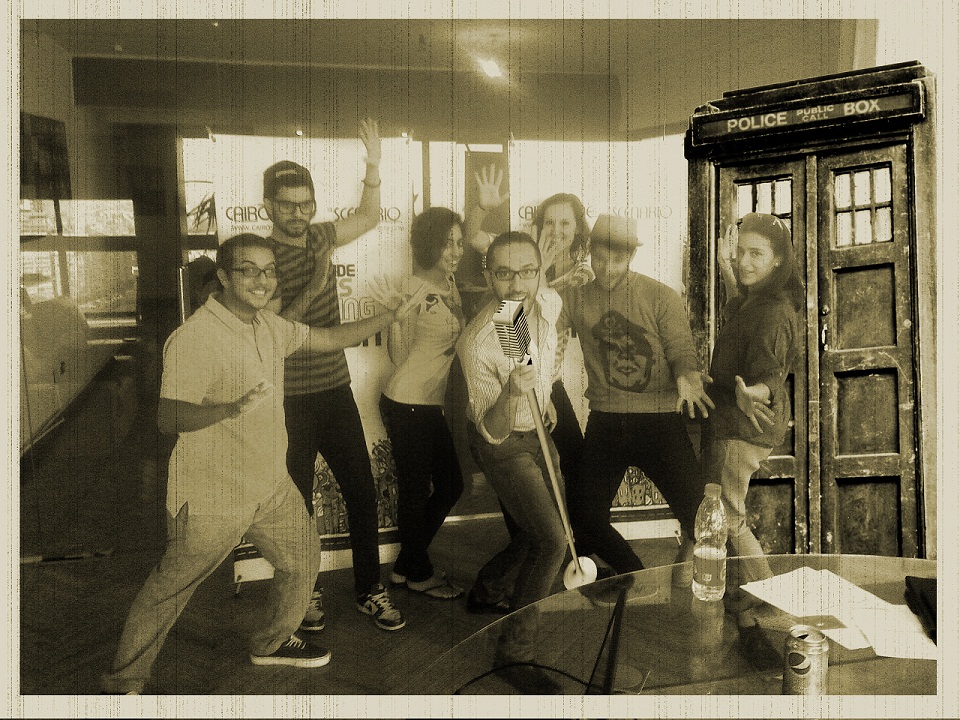 Ahmed Harfoush is seemingly everywhere these days. As a smooth soloist and the frontman of the unmistakable Riff Band, the soulful Jazz singer and retro-lover (his house literally looks like it was frozen in time)  is one of the music scene’s most recognisable crooners. We invited him to the MO4 CairoScene offices to talk time-travel, Tamarai and Taylor Swift…

Did you find the office alright? Coming from the 1930s, it must have been a long trip.

Yeah I am very tired, it was a bit problematic fitting this interview into my schedule

Are you in fact a time-traveller?

Yes I am. It all started with listening to oldies with my parents. They love jazz music and were always throwing parties with plenty of dancing. So that was a big influence on me in terms of that retro lifestyle. I was also at primary school in America which gave me the opportunity to explore music myself. I sang and played in the school choir, encouraged by my parents who noticed I had good voice.

Were you a band geek?

So when did you move to Cairo?

Did you come by plane or by time-travelling device?

Well, my time-travelling device was broken and brought me to the wrong time.

Where was your very first gig?

When I first moved to Cairo, I joined a choir led by Greg Martin, a famous Scottish pianist who lived here for years. We performed lots of classics together. I was actually trained as an opera singer, so my first official gig was with this crew called the Cairo Singers at the Italian Culture Centre. Soon, I realised I was into more edgy music and wanted to do my own thing. Hanging out at the Heliopolis Sporting Club as teenager, me and my friend Sherif Mostafa used to serenade the girls with Elvis songs. We formed a band with some of Sherif’s cousins. In the end, there were three guitarists, a drummer and a singer. We called ourselves the 12 Strings. We got a gig at the AUC and the head of the Performing Arts department came up to me and said I should come and join his choir. That was in 1992.

So you sang in two different choirs.  Any tension? Like choir turf wars?

No not really. The Cairo Singers were more into classic music and the AUC choir was more into Broadway musicals in which I got to sing solos which were quite Jazzy. That’s how I got more focused on Jazz.

We hear that Jazz groupies are promiscuous. Do they ever want to play with your trumpet?

Would you marry a saxophone?

Ummm, I think I would marry a clarinet.

Because it is pure sex in jazz.

Where would you go on your honeymoon?

To a beach in Kenya, me and my clarinet!

It seems you are playing every night and everywhere these days. Are you a sell out?

I’m pretty happy with what is happening now in my life. I mean I have been working my ass off for the last 20 years.

Are you a fulltime Jazz Entertainer?

Yes, I am now. I used to be an administrator at the UN by day, and at night I was a jazz entertainer. But at that point I had zero social life. When I joined The Riff Band, I really wanted to take my music to another level, so I quite my day job and dedicated myself completely to my music.

Does the rest of the band resent the fact that it’s more about Ahmed Harfoush than the group?

I AM The Riff Band!!! Hahahaha! No, it’s a real team. We’ve been going strong for 10 years now. We’re actually planning something massive for our anniversary this year. There’s a trailer for it and everything!

Would you play at Bamboo?

No, I have never been down there actually.

Would you play at the Best Khalieejis DJ Club in Giza?

Even if it’s for one million pounds?

But you played at Peking Chinese restaurant…

How do you feel about the Jazz scene here in Egypt?

There is a growing interest because of the Cairo Jazz Festival that we organised, giving the public more access to the genre. Jazz is world music. Jazz is freedom. You can do whatever you want.

Yes you can be Jazz.

How good are you at improvisation? We will shoot some topics at you and you are going to turn them into a Jazz song, OK?

If you could play with any artist alive or dead, who would you play with?

What is your favourite Pokemon?

What advice would you give to kids that are interested in Jazz?

They have to listen to the old Jazz standards to learn. I mean everybody learns from the past, even Britney Spears listened to Jazz before she started singing Pop. 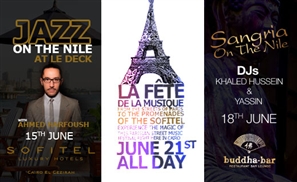 The Sounds of Sofitel

With a cacophony of musical events coming up, Sofitel El Gezirah wants you moving [...] 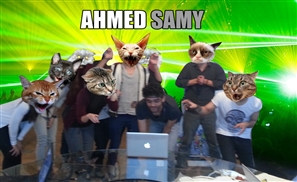 In one of our weirdest Music Matters to date, we talk to the...ahem...alternative [...] 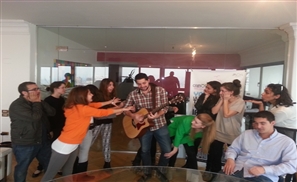 Playing music since he was a wee lad, Hassan Ramzy woos the CairoScene girls with [...] 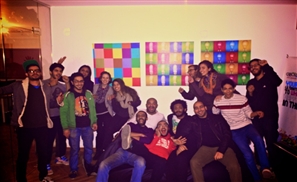 They might have silly names and even sillier answers but this Music Matters with [...]
Week Month Year