Mohamed Ashraf, AKA Pie Are Squared, goes on a 74 day musical adventure, resulting in some seriously well-produced music, combining synthetic and organic sounds seamlessly for a mood altering album. 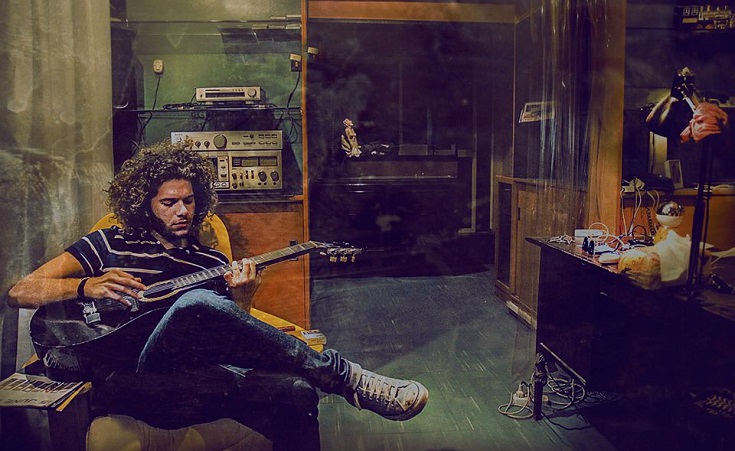 Mohamed Ashraf AKA Pie Are Squared is a 28-year old Egyptian producer with a catalogue of releases that span from gut-wrenching, to heavy, let-it-all-out noise music to happy-go-lucky pop re-mixes, to intricate ambient post-rock. So when we heard that he's got a new release out, we had to take a listen. His 74 in 74 project is basically him embarking on a 74-day project to implement 74 musical principles cited by Dennis DeSantis' Ableton published book Making Music: 74 Creative Strategies for Electronic Music Producers, and has culminated in the release of Lucciole.

First, we played this in our headphones. Half a minute seconds in, we shut it off immediately to play it in our acoustically treated room – there’s a nice couch there – because we needed to thoroughly analyse what was going on through our studio monitors. We heard robust and dynamic sounds, thudding bass and brilliantly eccentric sound design. Aside from the general texture, the melodies were different and the harmonies were rich; basically the perfect elements for an epic movie score;  Eternal Sunshine of The Spotless Mind would have been perfect for Pie Are Squared to work on, his music somewhat abandons norms and can break into and underline any setting. If you listen to it in your room, it'll drive your brain into happy memories, dark thoughts and maybe some philosophical life matters (why are we here anyway?). In a beach setting, on the other hand, it is relaxing, imaginative and more subtle, thanks due to the brilliantly shaped synth sounds and thumping drum rhythms. If this variation of moods tells us just one thing, it’d indicate the amount of effort and intelligence put into the record.

The album is a mixture of organic and synthetic sounds; being open to all musical sides, you can hear a guitar playing with some evocative textures in the back (Track #4: Lucciole) that’ll make you say “ahhh, sweet” and probably take you far, far away. Our favourite track is definitely A Cure to Cure (Track #6), which features Amr Ashraf, as the diversity is immense between all the well-crafted glitching and drones vs. mid-rich ambiance and organic instruments. The track is six minutes in length but six days in effect; it resonates and sticks in your mind.

What’s really impressive though is the story behind the album as Mohammed Ashraf the man behind Pie Are Squared narrates the 74 days on a special Tumblr blog where he explains all the adventures he's had through programming and writing all the melodies.

Check Pie Are Squared at: