The Return of MTM

Who could forget MTM? Their cult phenomenon song got an entire generation –and their parents – to sing and memorise their Pop Rap stylings. And after a 10-year hiatus, they’re back… in our office. 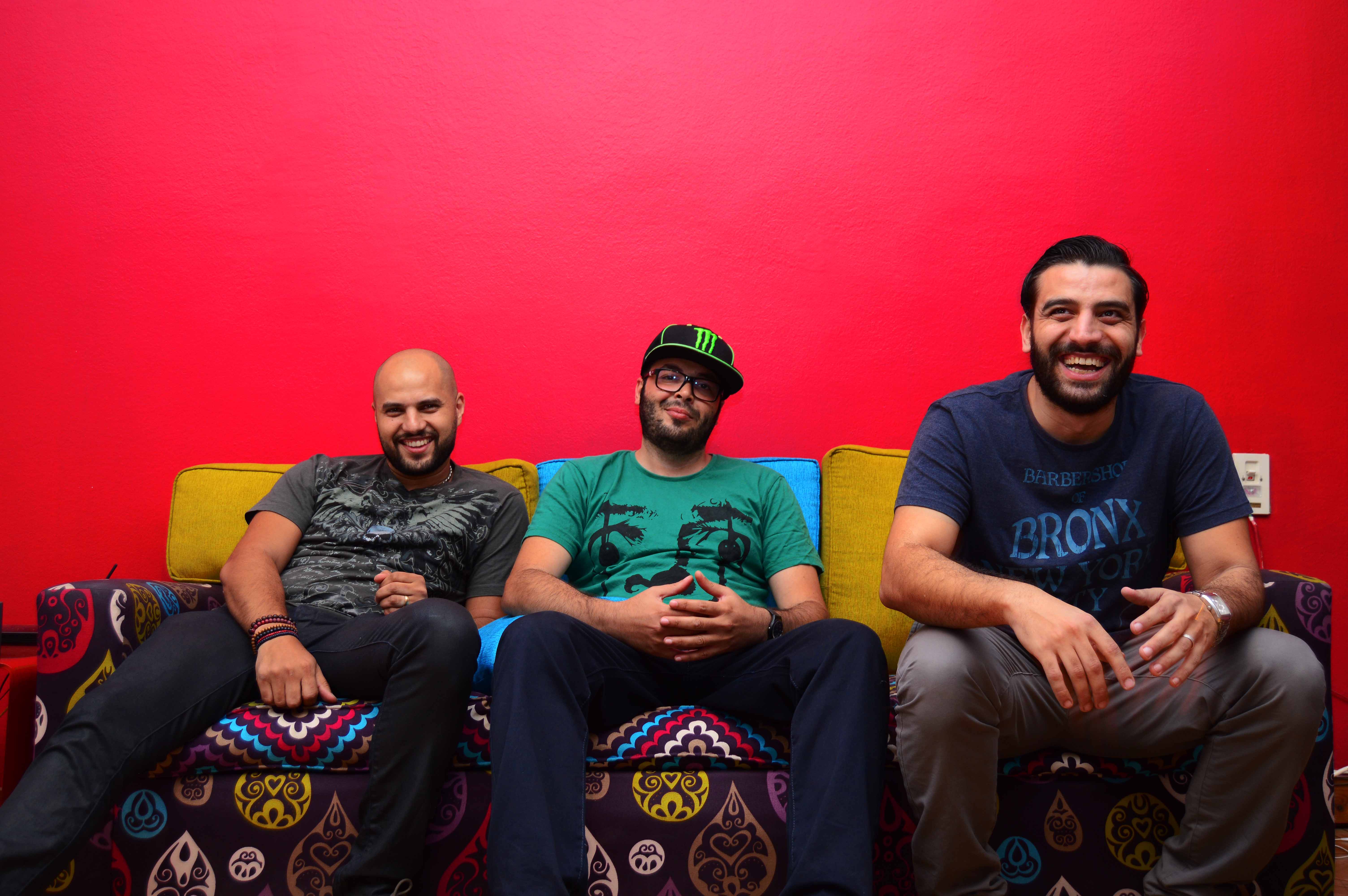 The first thing MTM tell us when we meet is that the band came to be for the girls. Oh yeah, it was 1999 and the coolest thing you could do was chat over ICQ with a hottie over that dial-up modem, back when rapping was only popular in America. “Telling someone you were going to rap in Arabic was such a funny joke back then,” Mahmoud Wagih tells us. “And they’d probably mistake Rap for Rai and tell you how much they love Cheb Khaled.”

The band started with the song “Ew3a Weshak” that went viral only on hard disks because, you know, the 90s. Based in Alexandria and essentially an underground band  at a time when we were just about realising what the internet could do for media and art, MTM managed to beat and had the whole country singing along. This cult phenomenon did not go unnoticed by the traditional media, and after their song playing on Dream TV, they were quickly pounced upon by state-owned and private media alike. “Our first show was Ess-har Ma3ana, we didn’t sleep for three days after that appearance,” Michael ‘Mikey’ Wagih remembers fondly.

Despite the rapid success they received, it was very humble beginnings that catapulted them; “We used Fruityloops Studio 1 and a mixer that didn’t support multi-track so a song would take around 50 takes at least!” Takki Allah Askar says. Before that, they recorded on a stereo; music to the left, vocals to the right… All cassette and analogue. “Whoever made a mistake would get a slap from the other two!” he laughs.

Soon after their breakout, their next single became an even bigger phenomenon – Who could forget “Ommy Mesafra”? The song, the band admit, was born out of school examed-fueled boredom. As soon as the video hit TV screens, MTM became a household name in Egypt and the entire Middle East. However, fame came with price. When Mahmoud had to pay his military dues, his officer called him bullied him for being ‘soft’ once discovering that he sings on TV. And despite his high profile at the time, and those who vouched for Mahmoud, the chief office never gave him a day off.

When the band reformed after Mahmoud’s service, they were picked up by Coca-Cola who funded and promoted a region-wide tour. Although they were banned from the KSA and Kuwait, they got very warm reception across the likes of Bahran and Jordan . “They had our pictures on the Coca-Cola caravans. We couldn’t believe ourselves!” Mahmoud says with glee. 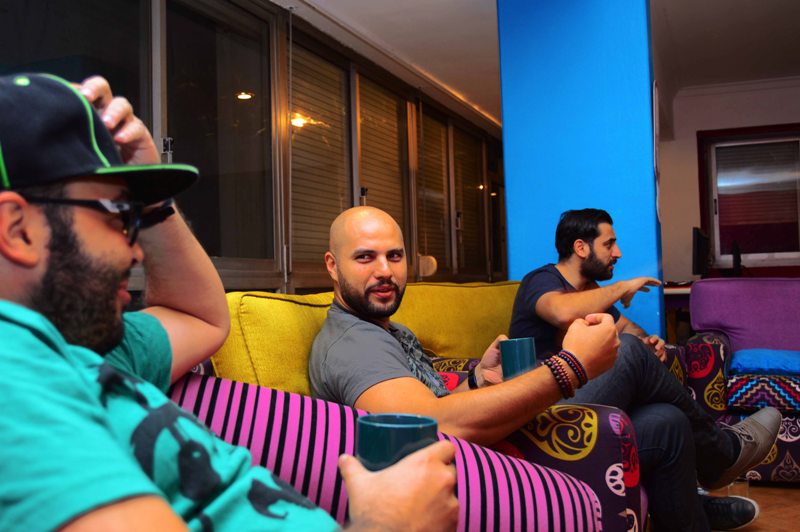 So where have they been since? Recently re-emerging with their catchy new single, “Eghsel Mawa3een (Wash the Dishes)” the crew explain to CairoScene that the record label they were signed to was not working out for them. However, due to their contract they had to wait until 2011, almost 10 years after “Ommy Mesafra”, to leave the label. When 2011 came along, so did the revolution, shattering the opportunity for them to regroup and start making the music they want, not what corporations want. As Egypt restabilised, they created an ‘MTM is Coming Back’ hashtag in Arabic on Twitter. “We got over 500 retweets, over a thousand mentions and likes and lots of shares on Facebook. We then knew that fans want us back,” Mahmoud says. “But Mahmoud was in Copenhagen,” Takki tells us. Magically, their fans started their own hashtag begging Mahmoud to return and it was settled. MTM was making a comeback.

Speaking about their sound, the rappers insist that the American style of Rap or Hip-Hop will never make it in Egypt. “Egyptians are smart, they’ll know you’re copying a certain style when you are,” Takki says. Ever since the band released their first tracks, they’ve been getting criticism from rappers saying that their ‘Rap’ isn’t actually ‘Rap’. “We added Tabla and Mozmar to our songs; that’s how we see Egyptian rap and we think it’s unique that way,” Takki adds. “The problem is with people here in Egypt, is that they categorise art. If you make one ‘deep’ song, you’re THE deep artist,” Mahmoud says. “Bands like Cairokee and Massar Egbari seem to have gotten stuck in a certain style and can’t get out.” 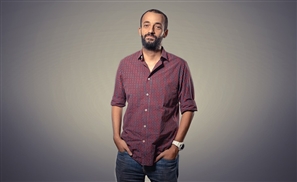 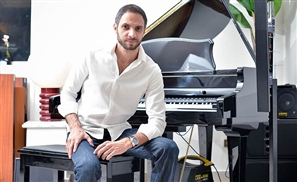 One of the best known and best stocked showrooms for Egyptian musicians, Mohab [...] 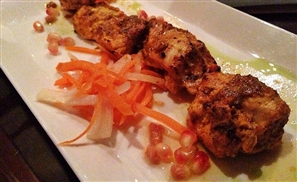 The latest chef to impart his international knowledge on Egypt's eaters is none [...] 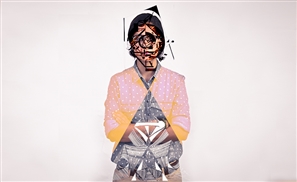 Salma Zackaria: From Street Art to Tattoo Design...And Everything in Between

At just 19-years old, this artistic ingenue has done it all, from corporate graphic [...]
RELATED ARTICLES 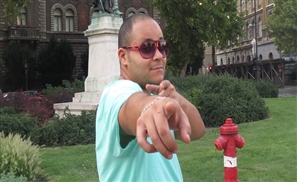 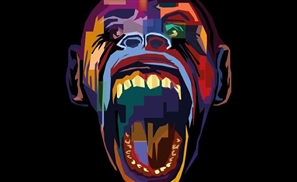 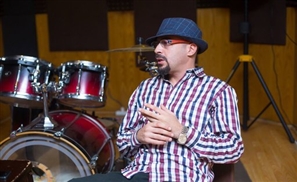