There's Something About Malak

The latest artist to join Subspace, Malak El-Husseiny is turning heads with a strong voice, polished image and music that speaks to young, cosmopolitan Cairenes. Eihab Boraie speaks to the songstress ahead of the release of her first EP... 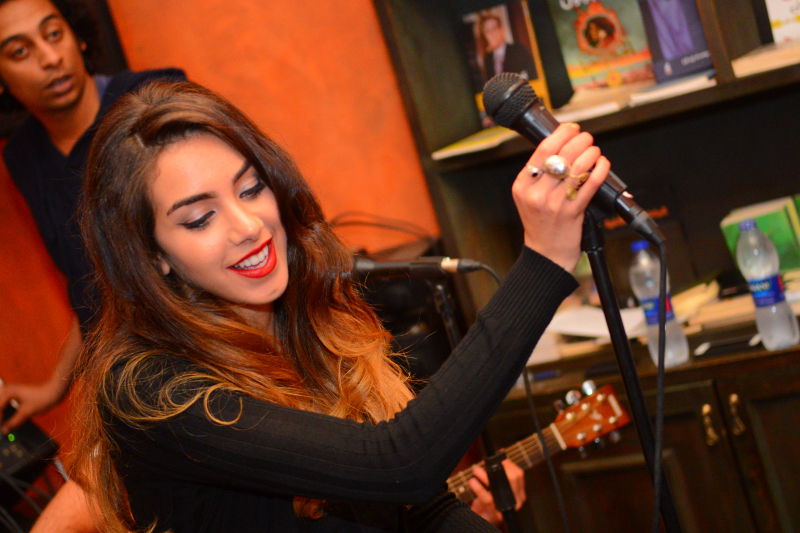 This past Thursday, I grabbed my microphone and a cameraman and headed to the Sufi Bookstore in Zamalek. In the corner of the quaint book shop, that doubles as a small venue, I sat with Malak El-Husseiny, to talk about her musical journey and her upcoming EP entitled Alters.

The 20-year old is half-Egyptian/half-Lebanese, and has dropped her surname for the stage, known as just Malak. She explains that she’s been passionate about music from a young age, stating that “ I have been playing piano and guitar ever since I can remember.” However, Alters will mark her first proper release and her official debut into the music industry. Listening to the album, I was taken back as it isn't everyday that you hear local musician singing ethereal Folk Pop or, if you prefer generic genre labels, one could say it is alternative. No matter what you call it, there isn't even a hint of an Egyptian accent or the strings of an Oud. Coming from an internationally-educated background, Malak considers her first language to be English which explains why she “honestly enjoy singing in English, although I have tried to sing an Arabic, but the scales are different and it just isn't my thing.”

Surprisingly, Malak has gained quite a following playing a variety covers in small venues and by being very “socially active online.” It was through the online universe that Malak was eventually discovered by the emerging Subspace records, who wasted no time signing the uniquely talented musician, making her only the second artist to join the label. Subspace has only been around for one year, but are aiming to fill their roster with fresh underground acts. According to Aly Samaha, managing director and founder of Subspace, “There are very few females making a strong presence in the underground scene, and Malak has made a brand all of her own. She really has a good sense of her own identity and knows how to express that and communicate with her fans.”

After listening to the EP and speaking with the soft spoken and humble Malak, I have to totally agree that she knows how to connect with her audience. Without any marketing or even launching the EP, Malak has already managed to garner over 1600 Facebook fans, which is surely to increase with the release of Alters. And not only does she connect with her fans, but she speaks their language, having started out singing covers of Indie hits from the likes of Gotye, The Neighbourhood and Lana Del Rey, feeding into the hipster obsession du jour and projecting herself into their inspirational ranks without forcing herself into the spotlight.

Alters EP contains five tracks that showcases both her vocal range and control, while allowing her personality to shine through. The music is textured and layered in a way that comes off beautifully ambient thanks to the wonderful bed of string arrangements. Listening to the whole EP, I pictured myself floating down a still Nile without a care in the world. There were no abrupt changes in the flow and the scenery around me remained constant and warm. This is both a blessing and a curse because, if this was a full album and the flow remained the same, it would ultimately sound pretty but stagnant. However, this is just an EP, which is essentially a taste of things to come.

My personal favourite track on the EP is entitled All We've Got, followed by the soon-to-be released single Alters (A Little Closer). Both tracks convey the strength of character behind her voice, while hooking the listener with melodies that are easily addictive. Malak’s own favourite track off her EP is Doors of Perception which was inspired by the Aldous Huxley's novel of the same name. The song is specifically inspired by the line “The doors of perception were cleansed everything would appear to man as it is, infinite.” It is a solid track, but more importantly it provides insight into where Malak draws her musical inspiration, which is heavily influenced by the 60s. Even my favourite track, All We've Got, begins with an interview with Edie Sedgwick.

The real test will be seeing how Egyptians will take in a strictly English speaking musician. As it stands, her vocals are on par with successful foreign acts and hopefully with the right exposure Malak will pave the way for an emergence of English singing Egyptian women. Although the songstress is still new to the music industry, she firmly believes that she doesn't need sex to sell her music, even though she has the looks. It is refreshing to hear a woman in music with integrity, and if she continues on her path, she may become a role model for woman to emerge on the merits of their talents and not her looks. 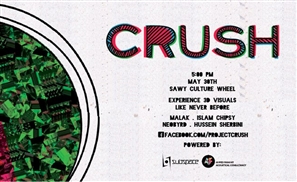 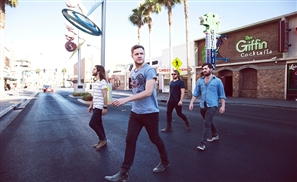 We've rounded up the top five singles across the genres, according to the Billboard [...] 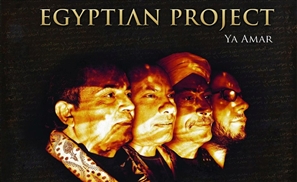 Creating a sound that you will have rarely heard before, French/English [...]