These Egyptian hotels hold just as much romance as any other tomb and temple in the country, whether it’s through the neo-Mamluk architecture of Downtown Cairo or at the lakeside stays in Fayoum.

With American designer Tony Burch revealing in a recent interview with the Wall Street Journal that she had an amazing holiday experience at Egypt’s Sofitel Winter Palace in Luxor, we decided to take a look at what the fuss is about and found ourselves in a rabbit hole of history and hospitality. Egypt’s past has long been romanticised, even by tourists and travellers in ancient times, and these Egyptian hotels hold just as much romance as any other tomb and temple in the country, whether it’s through the neo-Mamluk architecture of Downtown Cairo or the sparkling lakeside stays of Fayoum. 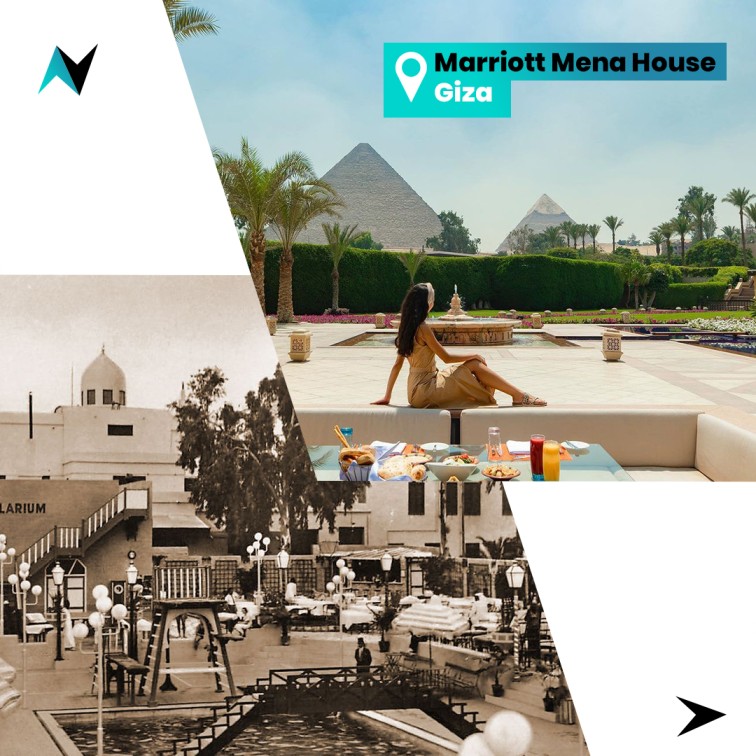 Origins: Built in 1869 by Khedive Ismail as a hunting lodge, the property changed hands between two English couples in the late 1800s. It was then taken over by various hotel managements, before finally being acquired by Marriott.

Main Attraction: For anyone fantasising about visiting the Pyramids in luxury, this is your go-to stay with stunning up-close views from across its lush green grounds and from within its comfortable rooms.

Fun Fact: The first ever swimming pool in Egypt was built at the Mena House. Roger Moore stayed at the hotel during the filming of James Bond’s The Spy Who Loved Me. Frank Sinatra performed at a charity event there in 1979, where he sang ‘Strangers on the Nile’. 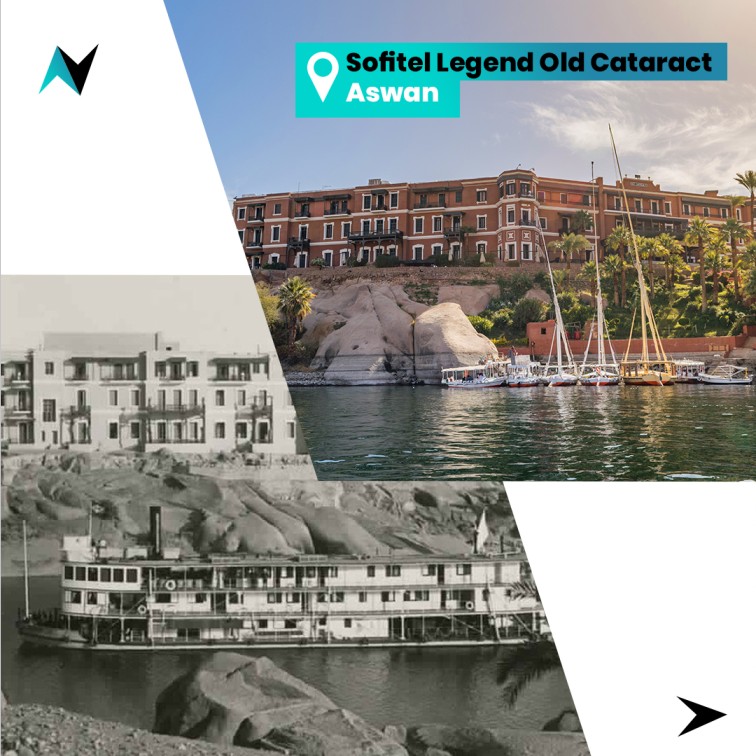 Origins: When the Cairo-Aswan railway was built in 1898, there was a sudden influx of visitors to Aswan without the infrastructure to host them. In steps Thomas Cook and sons, who built the now world famous hotel in 1899. He hired Henri Favarger, the same architect who designed the Mena House, to draw up the plans for the hotel.

Main Attraction: THAT view - feluccas scattered across a deep blue Nile, lush palms, desert dunes and an infinity pool - will sing into your memory. You’ll also be within close vicinity of the awe inspiring Temple of Philae on Agilkia Island in Lake Nasser.

Fun Fact: Agatha Christie used it as the backdrop for her famous novel, ‘Death on the Nile’. The 1978 film adaptation of the book was shot there too, as was the famous Egyptian series ‘Grand Hotel’. 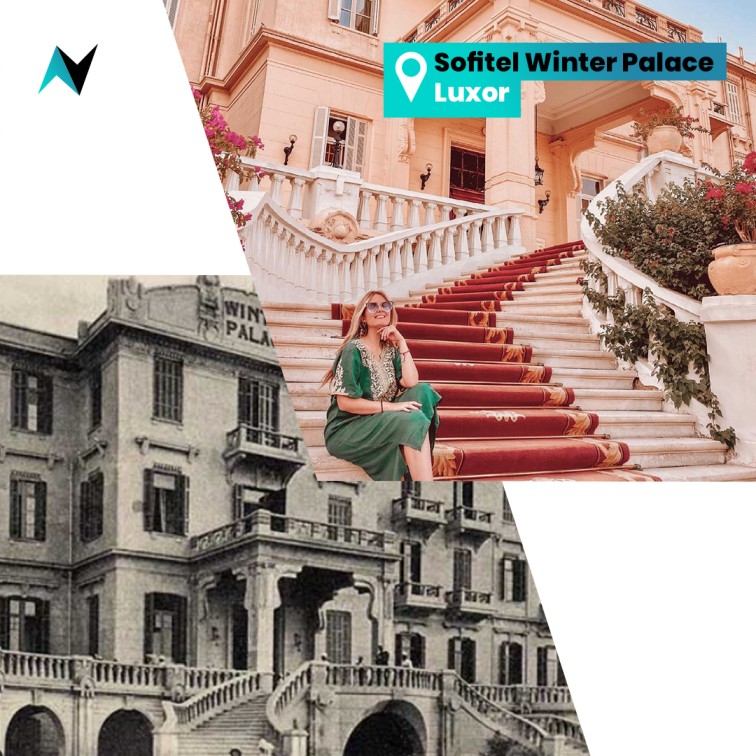 Origins: Whilst the hotel states they were officially founded in 1886 and even have a grand ballroom style restaurant named after that date, the Winter Palace Hotel - created by Cairo hoteliers along with Thomas Cook and Sons - was in fact inaugurated in 1907 with an inauguration picnic at the Valley of the Kings. Take that down to an admin error.

Main Attraction: Its close vicinity to both the monumental Karnak and Luxor Temples make it an ideal destination for Egyptologists and site seers alike. Its century-old tropical Royal garden is simply magical. Fun Fact: In 1922, Howard Carter’s discovery of the tomb of Tutankhamun put the Winter Palace on the map with reporters flooding into Luxor from across the world. 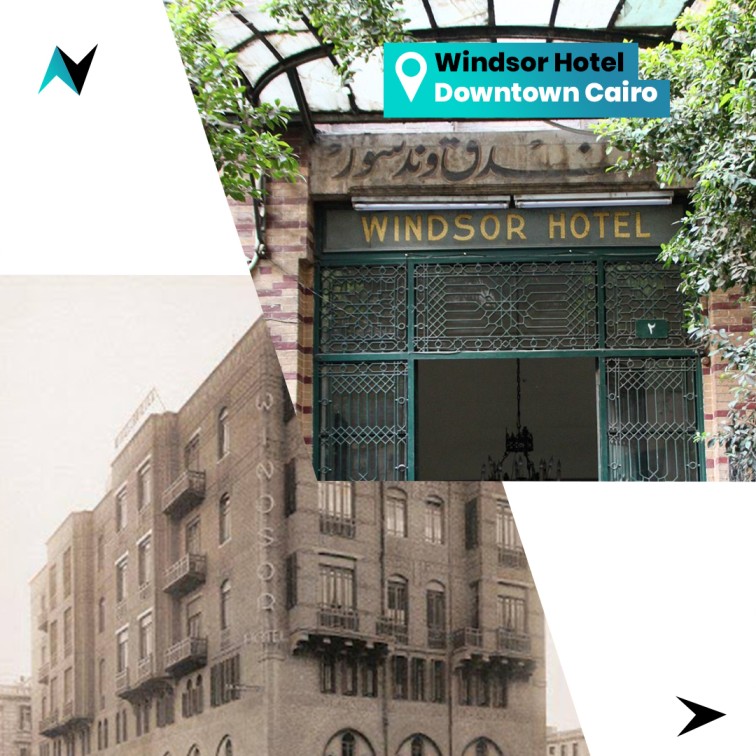 Origins: Originally constructed in 1893 as part of a Turkish bath complex for the royal family, the Windsor Hotel is an example of colonial-era neo-Mamluk architecture (our favourite type of architecture obviously). After the revolution, when most substantial businesses were nationalised, the Windsor was sold to a Coptic family who continued to operate the property in the tradition of its former Swiss management.

Main Attraction: Windsor is mainly known for being a British Officers’ Club during the First World War. Staying in the hotel oozes a sense of nostalgia for those who romanticise the past. Its vintage ‘Barrel Lounge’ is still hugely popular with Downtown bar hoppers. Being in the cultural centre of Cairo also has its perks for any tourist or day tripper.

(Not Quite So) Fun Fact: It was the colonial annex to the famous Shepheard’s Hotel, surviving the fire that brought the latter down in 1952.

Origins: Tucked away in the tranquil everglades and lakes of Fayoum - the oldest city in Egypt - lies the Helnan Auberge Hotel, which was built in 1837 as a hunting and fishing lodge by King Farouk on the shores of Lake Quran. Then dubbed ‘Auberge du Lac’, it was taken over and subsequently renamed by Helnan, a Scandinavian hotel group, in the 1980s.

Main Attraction: Enclosed by dunes, the nearby lake networks provide a picturesque escape and plenty of nearby activities from sandboarding, dune bashing and sightseeing. We recommend checking out Wadi Al-Hitan (Arabic for ‘Whale Valley’) to see the giant whale fossils at Wadi Hitan Fossil & Climate Change Museum, and trying your hand at pottery in Tunis village.

Fun Fact: It was the setting for important political meetings such as the one between King Abdel Aziz Ibn Saud and Winston Churchill in 1945. The hotel became a favourite shooting location among Egyptian filmmakers, with the likes of That’s Love (1958), A Sun That Never Sets (1959), A Woman’s Secret (1960), Everyone Wants Love (1975) and many others having made their mark there. 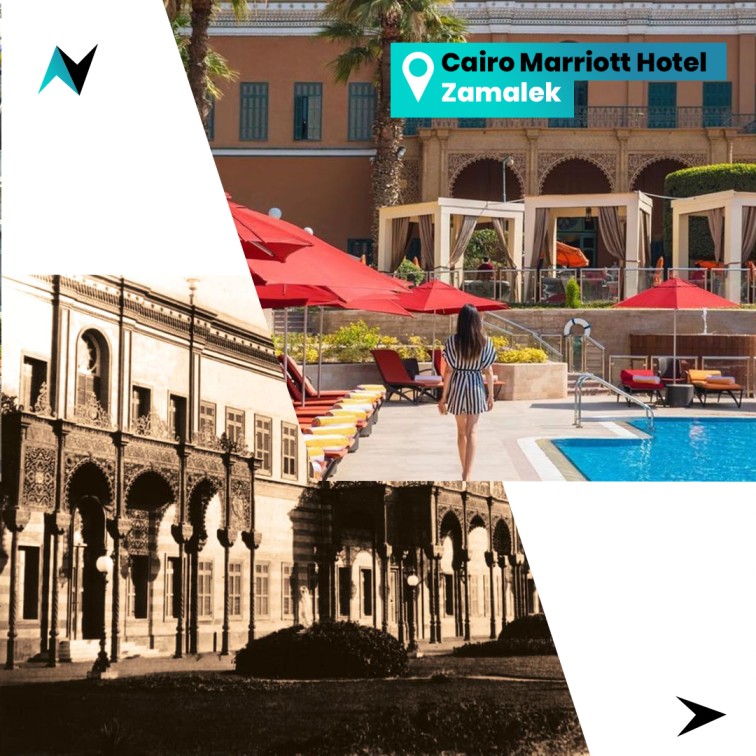 Origins: The Gezirah Palace, now part of the Cairo Marriott Hotel & Omar Khayyam Casino, was commissioned by Khedive Ismail as a guest house on the Nile for the attendees of the Suez Canal inauguration ceremony - most notably for Empress Eugenie, Napoleon III’s wife. It was designed by Austrian architect Franz Bey and De Curel Del Rosso. German Architect Carl von Diebitsch designed the beautiful and intricate interior. In the 1970s, Marriott had taken over management and added two large Nile-facing towers to the palace.

Main Attraction: Literally staying in the place is enough. The decor throughout the hotel will make you feel like royalty; no wonder it’s such a popular venue for weddings.

Fun Fact: It was also the venue for Khedive Ismail’s son’s wedding ceremonies, which ran for a crazy forty days. 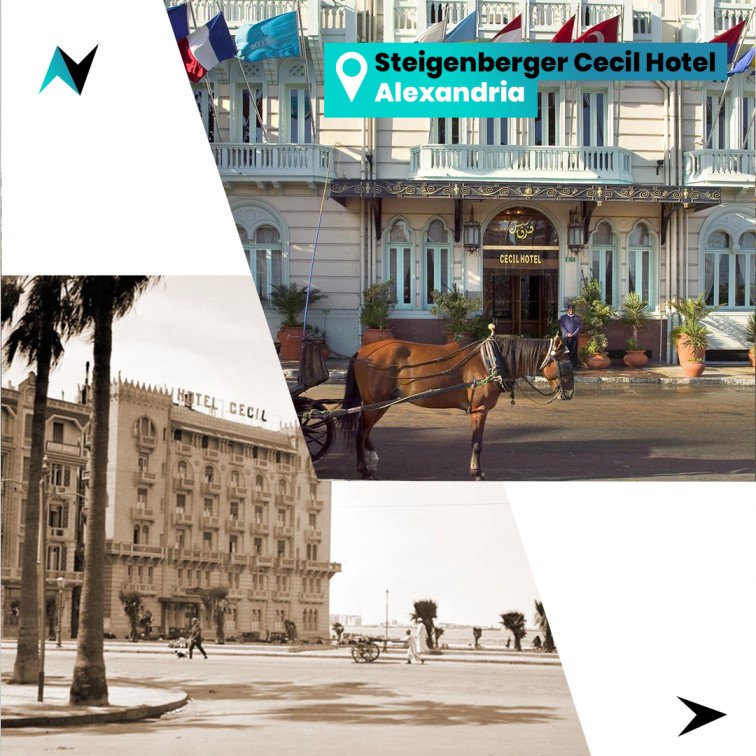 Origins: Originally built as the Cecil Hotel in 1929 by the French-Egyptian-Jewish Metzger family as a romantic hotel, it was seized by the Egyptian government after the revolution in 1952. It was built at Saad Zaghloul square in front of the Corniche, around the same spot where many claim Cleopatra took her own life.

Main Attraction: Cecil Hotel is situated in one of the best locations in Alexandria, right on the harbor and close to the legendary Bibliotheca Alexandrina. The hotel is a landmark unto itself and features a beautiful blend of colonial-era interiors with modern amenities. A quick TripAdvisor search will introduce you to a whole host of incredibly helpful hotel staff too.

Fun Fact: Winston Churchill and Al Capone once stayed there! It’s also a setting in ‘The Alexandria Quartet’, a four-part series of books by Lawrence Durrell, and ‘Miramar’, a novel by legendary Nobel laureate Naguib Mahfouz.

Kite-Active is hosting a fun trip through Hurghada's waters on a cruise ship that [...]

The projects expand across North Coast, Nweiba, and New Cairo. [...]

Good Deals Maldives Offers the Yoga Trip of a Lifetime

The local travel company is serving up a yoga retreat to the iconic Maldives [...]
RELATED ARTICLES

With Coptic Christmas falling on a Friday, the upcoming three-day weekend presents [...]

Marriott Mena House, Cairo by the Great Pyramids of Giza has been named among top [...]

After the flash and spark of Sahel Season, Marriott Mena House has the perfect [...]

Egypt Finally Gets Its First Ever Mango-Dedicated Festival

Did we mention that this festival is a month-long festival? [...]
Week Month Year