With Coptic Christmas falling on a Friday, the upcoming three-day weekend presents a perfect opportunity to indulge yourselves with a stay in one of Egypt’s most luxurious hotels.

2022 just started, bringing with it the first long weekend of the year. With Coptic Christmas falling on a Friday, the upcoming three-day weekend presents a perfect opportunity to indulge yourselves with a luxurious stay in one of Egypt’s most glamorous hotels… 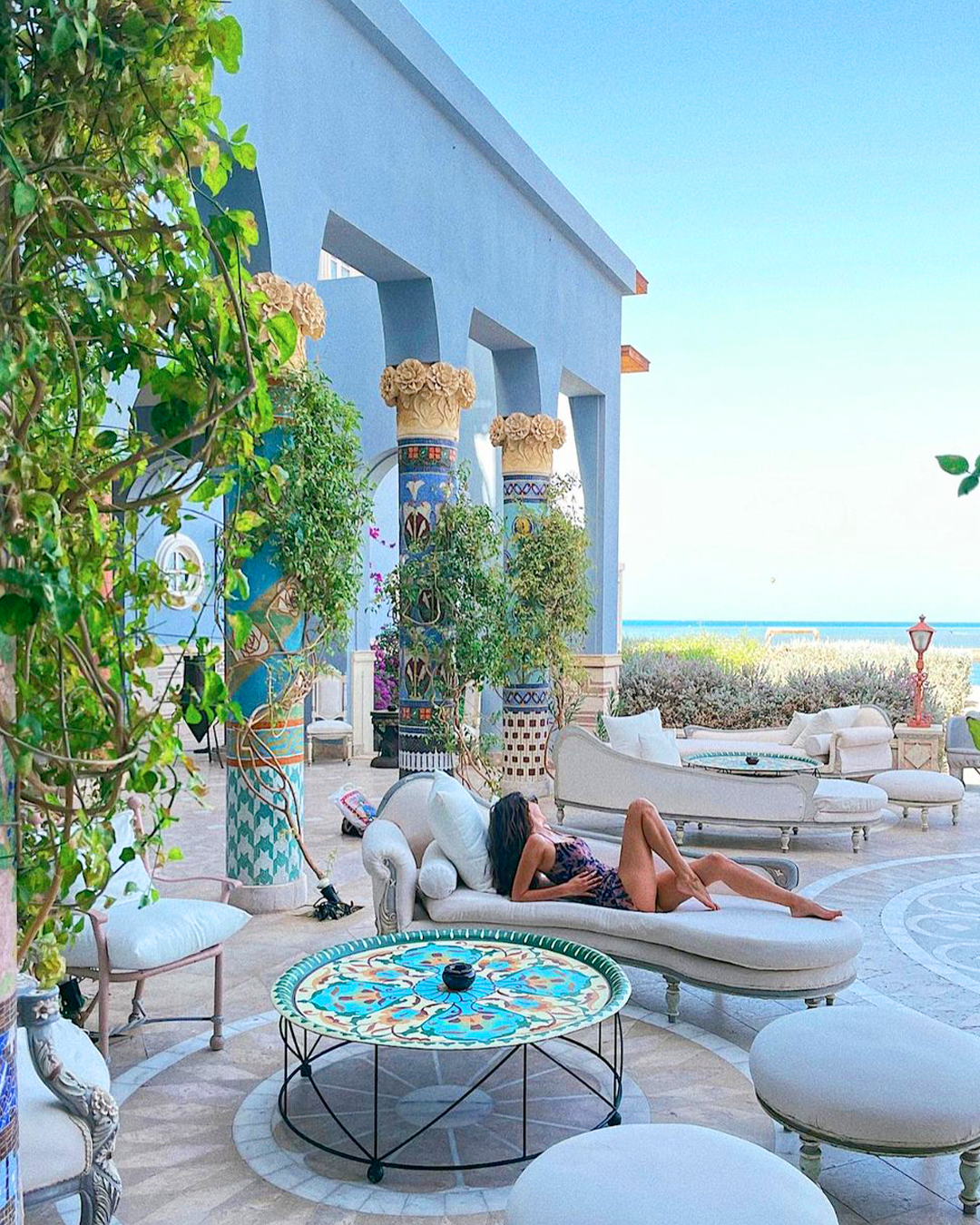 Opulent and dreamy, this spectacular fantasy space - an official Small Luxury Hotel of the World - is inspired by 19th century Mediterranean mansions. For years the luscious La Maison Bleue stood alone in El Gouna as a whimsical world-class stay for the discerning and demanding traveller.

Set in the iconic San Stefano building, this fashionable Four Seasons sits by a private beach on the Alexandria coastline. An underground tunnel leads guests across the corniche to their private seaside playground, where a golden stretch of sandy beach, beach-side suites, and sunbeds line the lapping waters of San Stefano.

This famous Victorian-era hotel in Aswan is an Egyptian mainstay, perfectly coalescing heritage with luxury. If you want to hold hands with a loved one on Christmas Eve and stare out into the distance, there’s nowhere in the world quite like the storied iconic terrace of the Cataract, which was once the set of an Indiana Jones film. Ask for a suite with a tub overlooking the Nile,  then indulge in the ultimate fine dining experience at the historic '1902' restaurant.

The only palace on the west bank of the Nile, Al Moudira Hotel is located just four kilometres away from the Valley of the Kings in Luxor. Its ochre domes and patios, with its Arabesque designs, are enveloped by its eight-hectare garden. Founded by jewellery designer Zeina Aboukheir, the labourers and workers on the site called her “al moudira” during its building stage, translating to “the boss” in Arabic - which is said to be the source of the hotel’s name when it finally opened in 2002. All the rooms and suites at Al Moudira Hotel are individually designed, and are fitted with antique furniture that draws on traditional Arabian décor.

Built into a hillside overlooking the Red Sea, this Four Seasons location in Sharm El Sheikh boasts low-rise Moorish architecture. With 200 keys, its rooms are grouped into clusters and spread across the grounds to create a rustic village feel. Guests have access to a funicular railway from the main hotel area to the private coral beach, where they can relax in the Observatory Lounge as the sun sets. 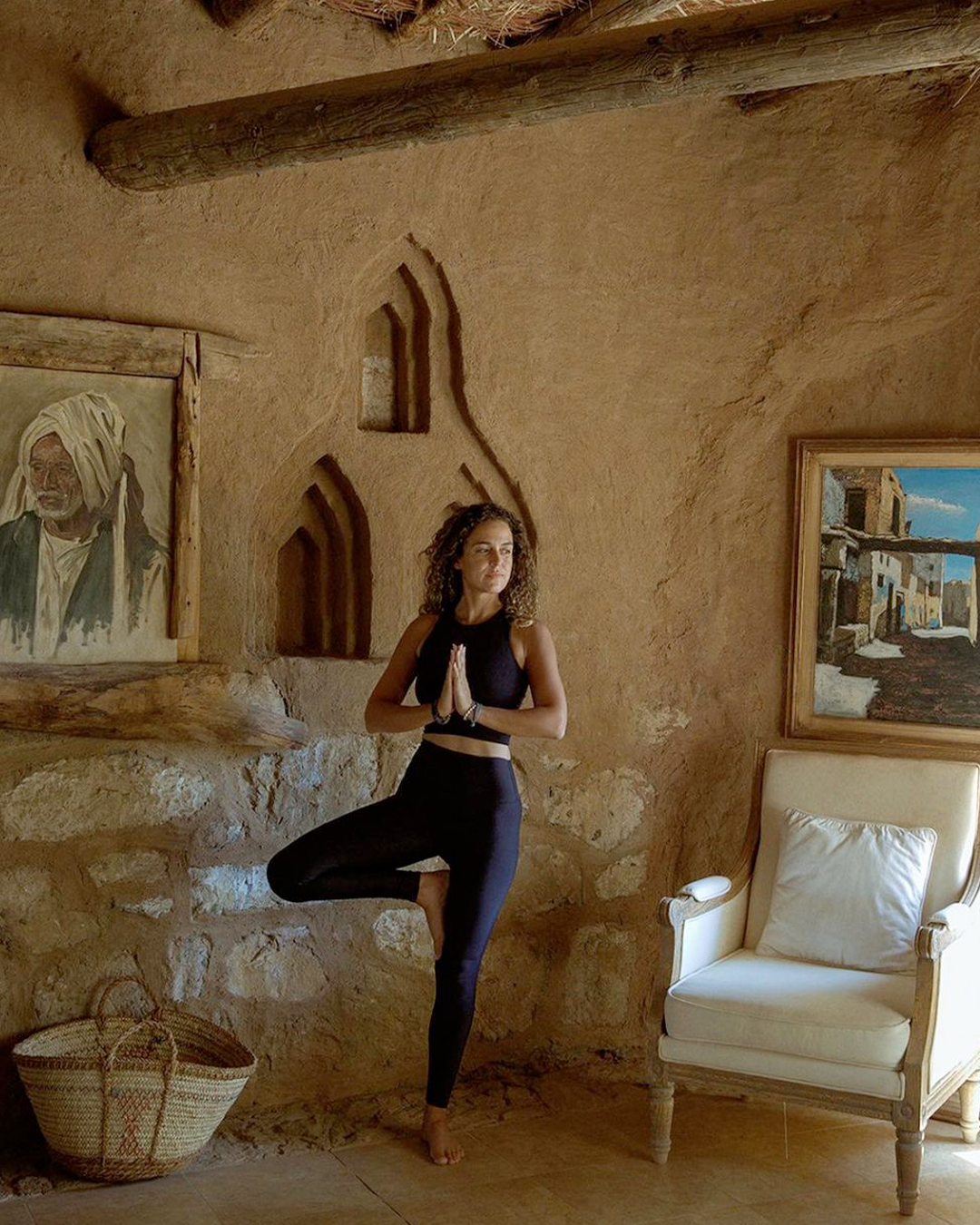 Nestled in the Dakhla Oasis, the prestigious Al Tarfa lodge & spa in New Valley is considered one of the world's most romantic spots, winning multiple awards by Conde Nast Traveller and Harper’s Bazaar, and voted one of the World’s Top 100 Hotels and Resorts. With just 20 suites and rooms in a large private reserve, this ecolodge can be quite an intimate - and competitive - destination.

The jewel of Siwa, this lodge - seemingly carved out of the desert sands - is a beacon for the world’s jet set looking to centre themselves and reconnect with nature at the foot of the White Mountain. There have literally been books written about how extraordinary Adrere Amellal is, along with reams of global press. This exquisite ecolodge has hosted royalty, celebrities and dignitaries, from Prince Charles to Katy Perry. Their handmade earthen rooms disappear into the landscape inviting you to unplug (largely because they have no electricity) and unwind.

This unbearably stylish stay overlooks the azure waters that languidly lap the shores of El Gouna. Casa Cook is quite possibly the most Instagrammable thing to hit the seaside village after La Maison Bleue El Gouna, with the aesthetics of the 100-room adult-only hotel being inspired by the sandy ruggedness of its surroundings, laced with a touch of Arabesque architecture. Packaged in signature neutral nature-vibes, more than half its rooms feature a picture-perfect private pool that will prove the ideal backdrop to your Insta-shots. 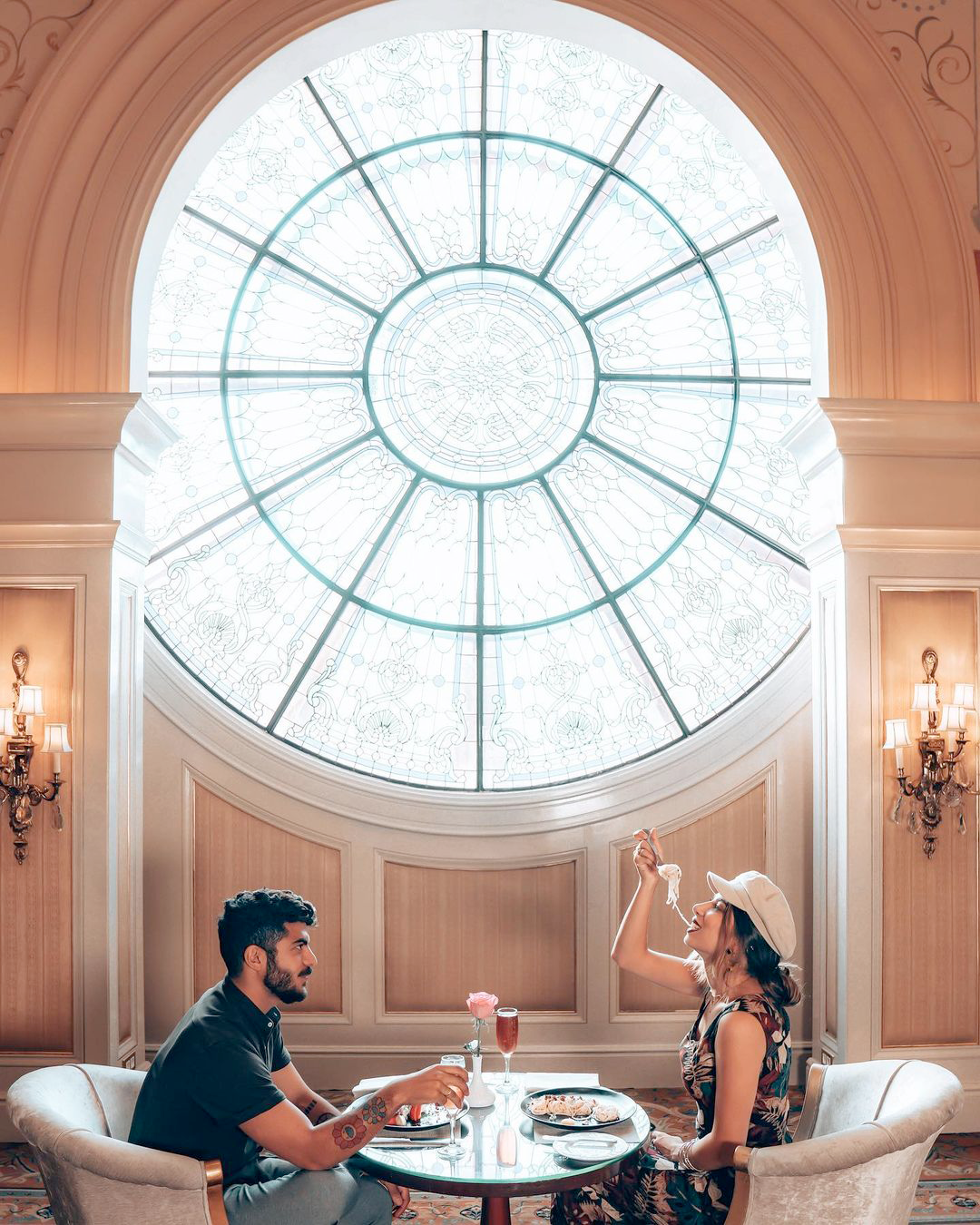 Boasting impressive views of Cairo’s skyline and the Pyramids, each and every room at The First Residence Cairo features stylish colonial décor. Just a two minute walk from Cairo’s historic Zoological and Botanical Gardens, this hotel’s facilities include a spa offering a wide range of health and beauty treatments, a sauna, hot tub and fitness centre. If that’s not your style, you can also try your luck at their casino or their ‘First Mall’, a high-end collection of boutiques. Afterwards, you can head to their First Nile Boat to indulge in a gastronomical experience complemented by panoramic Nile views. 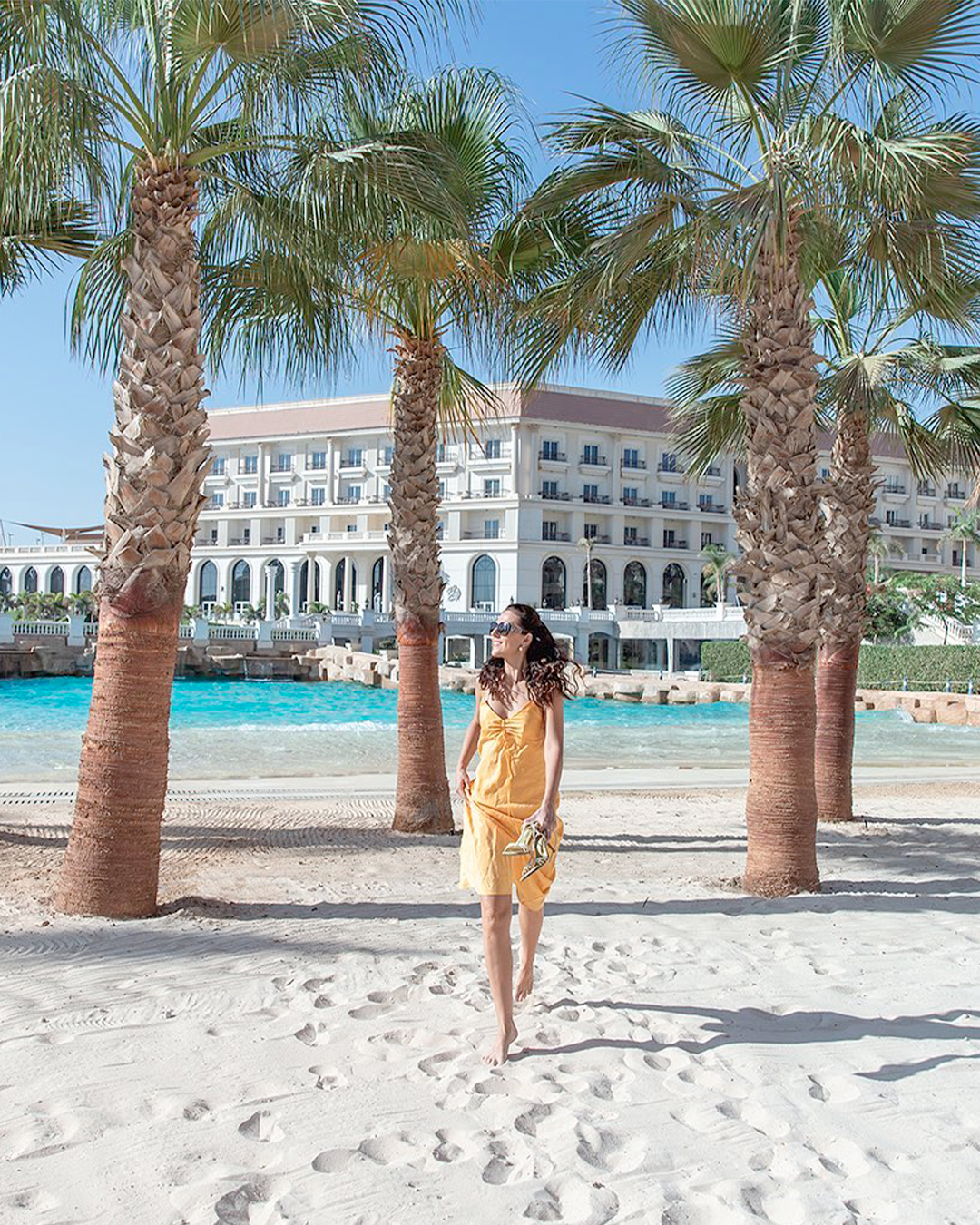 The second St. Regis in Egypt recently opened in the New Administrative Capital, making it a destination within a destination. A five-star prestigious address situated within a community of state officials and business elites, it is an exquisite escape fit for royalty, just minutes away from the capital’s arts district. The location is home to a relaxing indoor pool for whenever you’re tired of their man-made beach, in a complex that boasts one of the largest convention centres in the Middle East and Africa.

Sharm El Sheikh has long been synonymous with Red Sea vacations, with stays that [...]