Dedicated to the celebration of feminine energy, Tamazeugh Castle in Siwa Oasis gives female travellers an opportunity to tap into their spiritual energy.

A mesmerising escape in the heart of Egypt’s Siwa Oasis, Tamazeugh Castle is a manifestation of feminine energy, built for female visitors to unwind and explore their intuition.

“I wanted to build something that was a tribute to the divine feminine,” Camilla Ainley, owner of Tamazeugh Castle, tells #SceneTraveller. “From the curves in its architecture to the natural materials it was built from, the castle exudes feminine energy.” 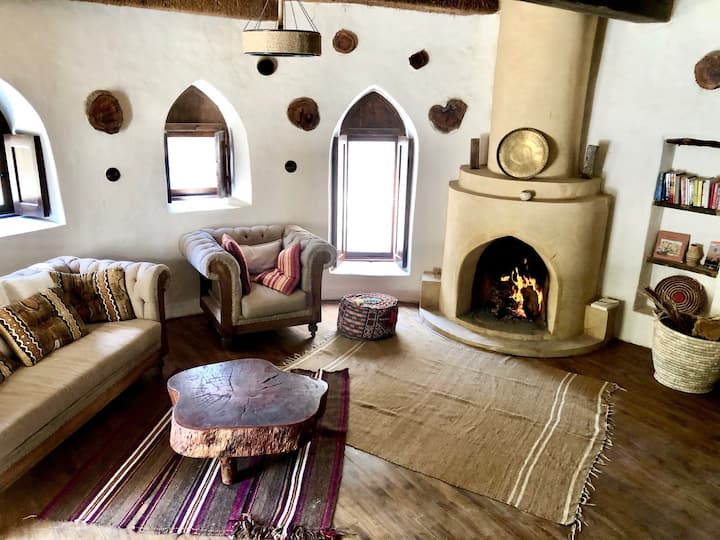 The divine feminine, as Ainley defines it, is a spiritual understanding that embraces feminine energy in all its splendour: strength, softness, and confidence.

“Since we’ve built Tamazeugh Castle, all our visitors have been female,” Ainley says. “Yogis, tantric teachers, healers, all women who focus on natural healing. We haven’t selected them, but the home speaks to people who will truly appreciate its powers.”

The interiors of this castle are entirely curved, earthy, raw - and perhaps just a bit yonic. From its wood-trunk staircase to its Arabian design motifs, the organic shapes of this home seem to be coming out of the earth rather than resting on top of it. 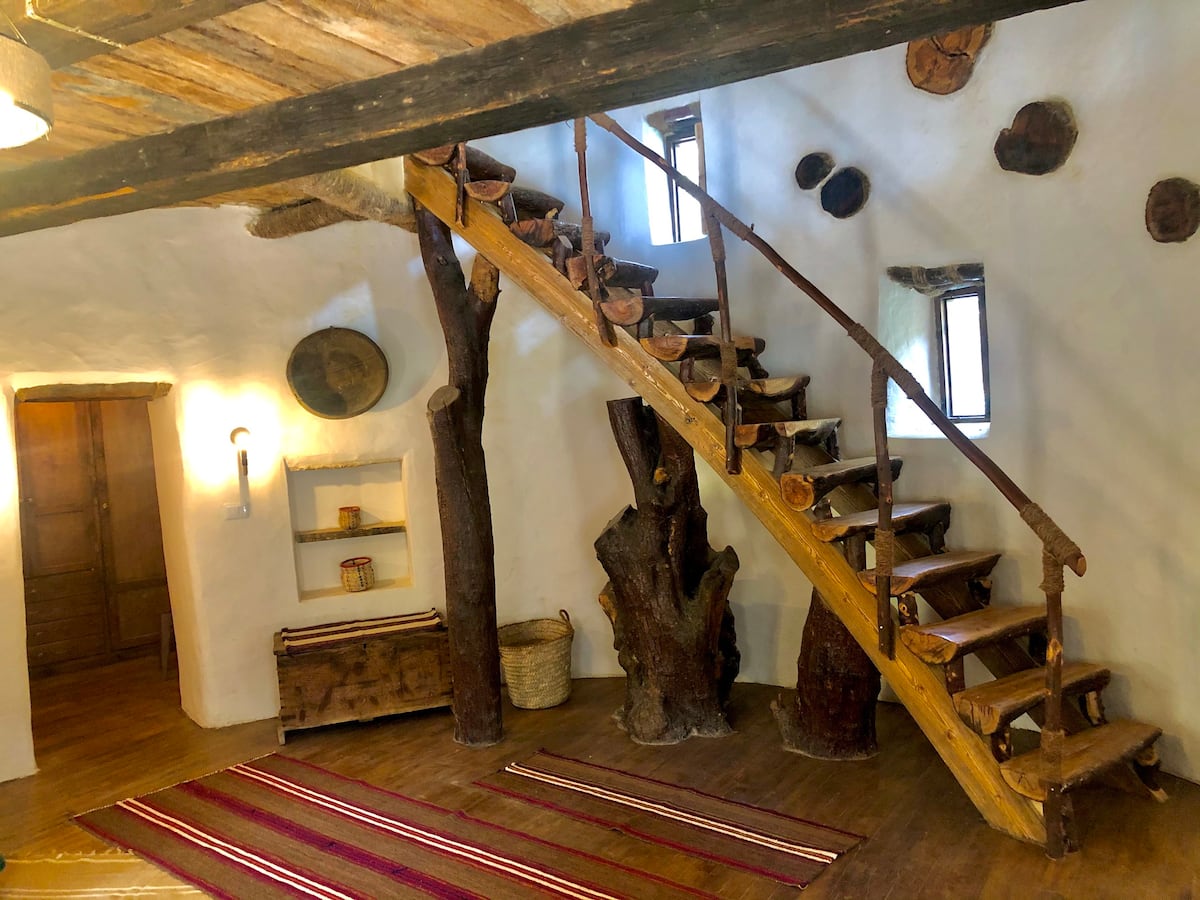 The castle is built on a farm just a short distance away from the Ainley residence, where Camilla has been living for close to 15 years with her husband and three children after growing up in the UK. Her farm makes the property nearly self-sufficient with its crop of dates, vegetables and fruits. It also yields an ear-shaped plant with which the castle shares its name, and which local people use to create treatments for fertility.

Although it's been open for individual travellers to the oasis, Ainley hopes to host female retreats for those looking for a departure from city life and seeking inner alignment next season. Considering the Siwa Oasis’ departure from all things urban, its healing salt lakes, and its inherently primal landscape, we’d be hard pressed to find a destination or a stay more well-suited to getting in touch with one’s own. 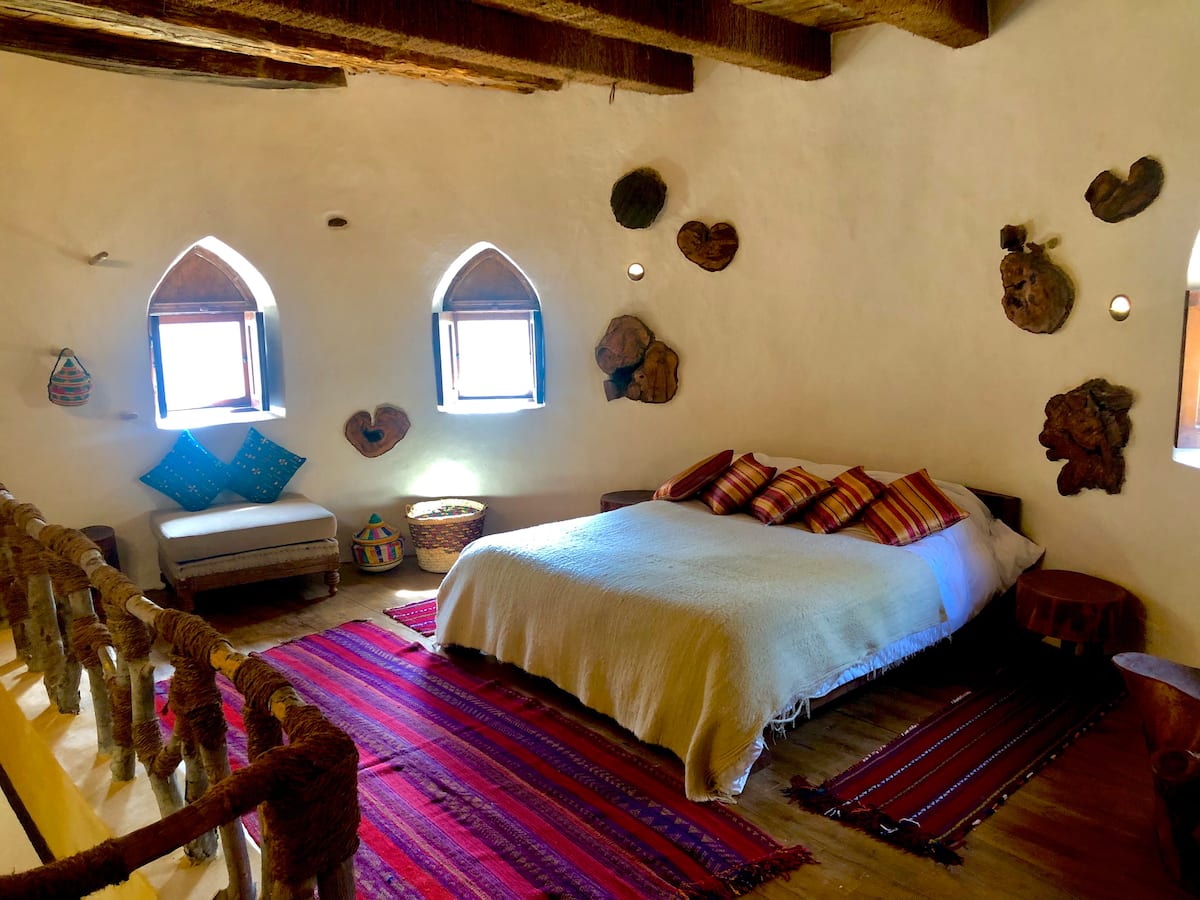 To book, go to airbnb.com and look for an entry named ‘Unique eco-castle in private farm’.

Here are some of the Egyptian celebrities we loved seeing talk candidly with [...]
RELATED ARTICLES

Siwa Residents Will Be Getting New Deep Water Wells

To help give Siwa residents access to a sustainable source of drinking water, Egypt [...]

The Most Romantic Superhost Airbnbs Across Egypt

These superhost-ranking Airbnbs from across Egypt are just the places to romance [...]

Make the Most of March With These Awesome Adventures

From the mysterious Black Desert in Egypt to the vibrant cities of South Africa, [...]

Escape to Wonderland with This Whimsical Downtown Stay

An inspired aesthetic cacophony of nostalgia in the heart of Downtown Cairo, this [...]
Week Month Year